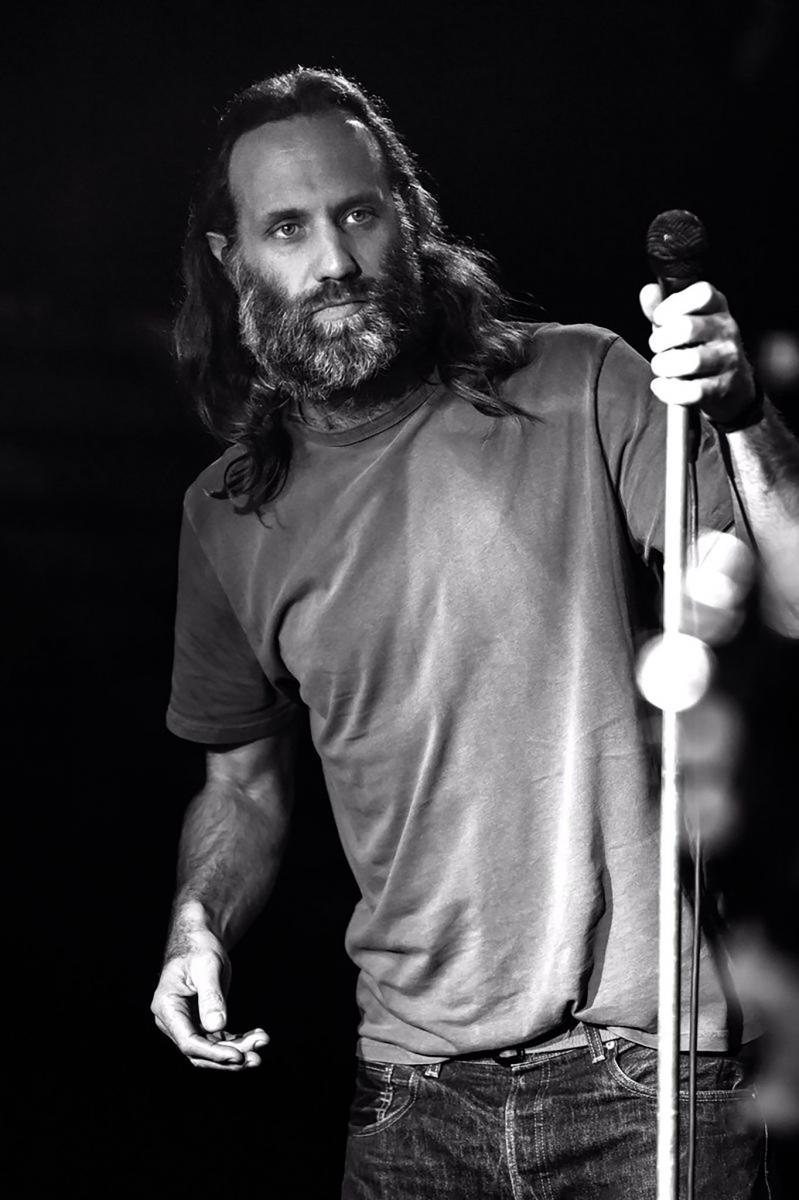 You released an album after 18 years – that’s quite mental! Many people say it’s the best record you’ve done as well, would you agree with that?

It’s the one I’m most happy with, yeah I’m proud of it. I’m stoked about it. Really had a good go with this record, really tried to make the best record we could. Is it the best record we’ve done? I don’t know, I haven’t really listened to the first four to be honest.

It’s definitely been getting the best reviews and the best reaction. I don’t know if you read into that or if you look at that?

Yeah, a lot of people have gotten very excited about it, which is wicked. I am too, so, it feels pretty good to me.

It’s the first record you did with Jesse, obviously he’s been in the band a good few years now but it was the first one where he actually played on a record for you. What do you feel he’s brought to the record? Did he help to rejuvenate your sound? Was he part of the driving force of making a new record?

Definitely his writing. Jesse’s brought a whole new bunch of energy to the band in regard of, when you’ve been playing with people for a long time, you might know yourself, you build up a relationship, don’t you? You fall into the roles of how you should be, like maybe with your mum and dad. You act a certain way, you’ve always acted that way, kind of always will, and that’s cool, that’s what it is, and that’s cool. But when one guy leaves and another guy joins, it’s new blood. You can remould yourself, you can be different. You don’t have to be the same. So, yeah, he’s brought in a new dynamic, and a new energy, which is fantastic. It’s really helped us, changing the blood has made all the difference with regard to writing. It just means you can start again really, so yeah, it’s exciting and Jesse has been brilliant.

On the album, you teamed up with Sheryl Crow, for a track, My Sweet Love. How was that experience for you, was she in the studio with you? How did that come about?

No, I met Sheryl Crow for the first time through the Internet. It was George’s idea to have her on the album, I had already sung My Sweet Love out in Ireland, and he suggested that maybe this could be a song that was good for a duet, have another voice. George is usually right, so I said “yup! No problem.” So George sent her the song, she loved it, and sung it within two weeks. I was in my house in Somerset by then, we could come home and George was in New York and Sheryl was in Nashville, so we were all on Skype or whatever, and you could listen on headphones. Yeah, she nailed it. She was actually fantastic, brilliant.

Earlier this year, you took part in the Brit Rock Must Be Destroyed Tour. How was that? Touring with The Wildhearts, Terrorvision… Were they all your mates back in the day as well? Was it a kind of reunion?

No, they weren’t really, not that they were my enemies either. I mean, it was quite combative back then, it was pretty gladiatorial. Bands sort of glared at each other quite often, all that stuff. I was never mates with them and to be honest, I didn’t really know a huge amount about their music either. I didn’t dislike them, just absolutely impartial. The idea of the tour came up, we said, “yep, that sounds fun”, and I’ll tell you what, we had the best time. We had a real blast and Ginger and Tony became friends, hanging out in sound check and doing the shows, that was really great to hang out and meet them personally, and check out their music. Go and watch from side of stage for a month and check out bands I didn’t know a lot about. It was wicked; I wouldn’t change any of that. It was absolutely fantastic.

We need to talk about the legacy of Place Your Hands. How do you feel about the song looking back and the fact that it still gets played and appreciated everywhere today?

I’m stoked! I’m really happy with it. You know it’s got it’s own Twitter page, right? You can go on there, @placeyourhands, and see how many it’s sold each week. Yeah, it’s daft, but it’s brilliant as well. It sold somewhere between 900, 1000, maybe 700, 1500 some weeks. It’s crazy that a song that you wrote is still selling roughly 1,000 records a week. It goes all over the world; it’s that one song! I love it mate. I’m really proud of it. It still sounds good when it comes on to me.

That’s good, because there’s some bands where they have arguably their most popular song and they just grow to hate it. You’re not one of those?

Not at all, not at all. No, genuinely, I love it. I don’t even understand that. You’ve had a hit, a song, I guess if you weren’t happy with what you’ve done and it became really successful then that could maybe be a bit of a grind, but so what? It makes other people happy, and it puts a few quid in your pocket. Maybe some people are bit more uptight about all that sort of stuff, but for me, I love listening to it. Not many weeks go by where I don’t get a story, either through the internet or in the pub or bumping into someone, “Oh, I was in Adelaide and I heard Place Your Hands at this bar at 3am, and the whole place went up” or “I was in Abu Dhabi in a restaurant and it came on”. It’s wicked! It’s the way it connects to people, man. Weddings, funerals, parties. Weekend, morning, evening. It’s just rad, man.

You grew up in Glastonbury, and you’re coming to play Frome on the tour. Will that feel like a homecoming gig for you? Have you played Frome before?

Yeah, we’ve played it a couple of times before. We had some really good nights, it’s a really cool room actually. It must have been 800 people, and it has always been a good gig for us. Yeah, I grew up in Glastonbury, I was born in Somerset but I grew up here most of my life. So yeah, it’s exciting, and great venue to play in Frome. We’ve had some really sweaty nights there. You know, legs in the air and beer on the ceiling, and big smiles. Yeah, I’m looking forward to it.

You made this album after 18 years, you’re not going to be another 18 years before you release another one, surely?

I would hope not! We took about seven years off for a start.

Is the plan to keep going?

Yeah, I think so! I’m really enjoying myself at the moment. Really excited by the music and it’s really, really cool. I want to keep going and keep writing; that’s the main thing, to be creative. I mean I was working, but with other things. So, yeah, seven years off, then we had Live Nation come in and offer us so we chose, we went and did them, and it sold out. It all kind of led to the festivals, and then we thought we should make a record really. A lot of things have happened in that time, but no, it won’t be another 18 years!

Catch Reef on November 15 at the Oxford Academy 2 www.reeftheband.com