Why I love the TV Series Benidorm 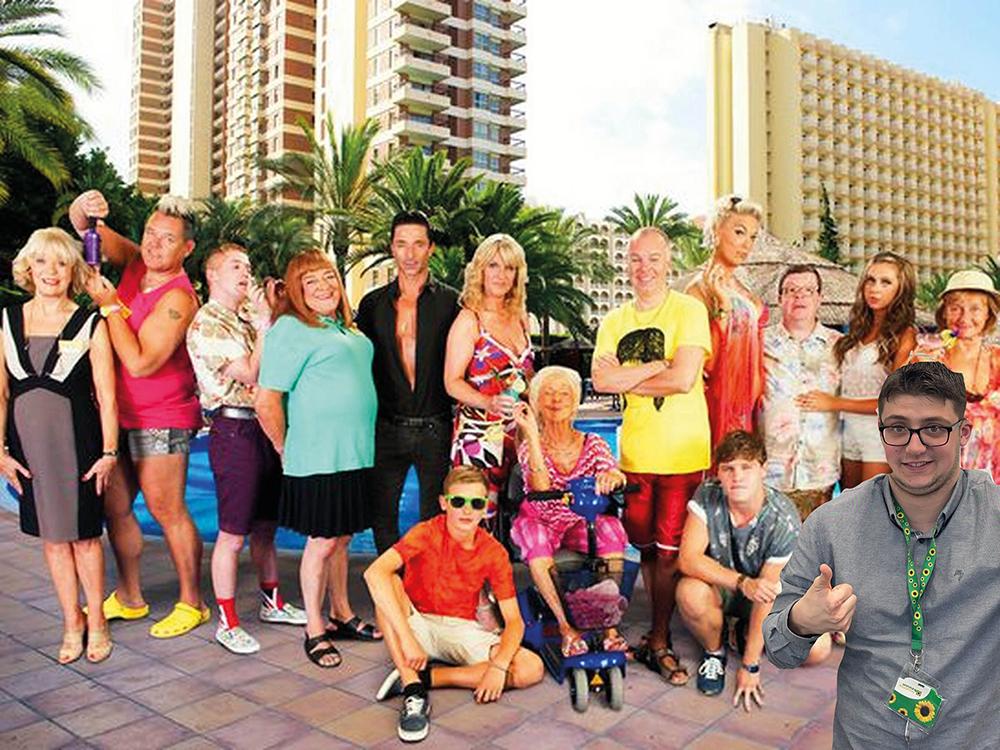 Benidorm is a British TV series which aired on ITV created by Derren Litten who was well known for his work on the Catherine Tate Show Pitched the idea to ITV in 2006 as he wanted to create a show focusing on holiday makers.

Benidorm was the answer and it first aired on our screens on 1 Febuary 2007 and wrapped up on 2 May 2018 but it is still a British staple for our comedy sector.

I first found out about Benidorm while watching clips of Youtube and thought this looks good so one day while I was out I brought the series one to six boxset and loved it so much I ended up with Series 7 onwards.

Benidorm makes me feel like I am on holiday and it never fails to make me laugh with an all-star cast and it is one of the best comedies that ITV have made.

There have definitely been some funny scenes. One in particular was when Madge got on karaoke and sang ‘Up Up and Away’ and ended jumping off stage.

Benidorm was not just a TV show as it also went on a theatre tour around the UK and Ireland which I would loved to have gone to but wasn’t really a fan at the time.

You can still watch Benidorm on Netflix or you can buy the DVDs but I definitely reccomend this show if you are a comedy but also a holiday lover.

Benidorm has won awards such as a Bafta, TV choice and National Television awards during its run.

At the Beginning of the Covid 19 Pandemic, Benidorm was being repeated on ITV.

There have been 74 episodes broadcasted plus two specials one for Madge’s wedding and a Christmas special.

I absolutely love this show and will can’t see myself ever not wanting to watch it.

Sweep them off their feet with romantic gestures on your anniversary