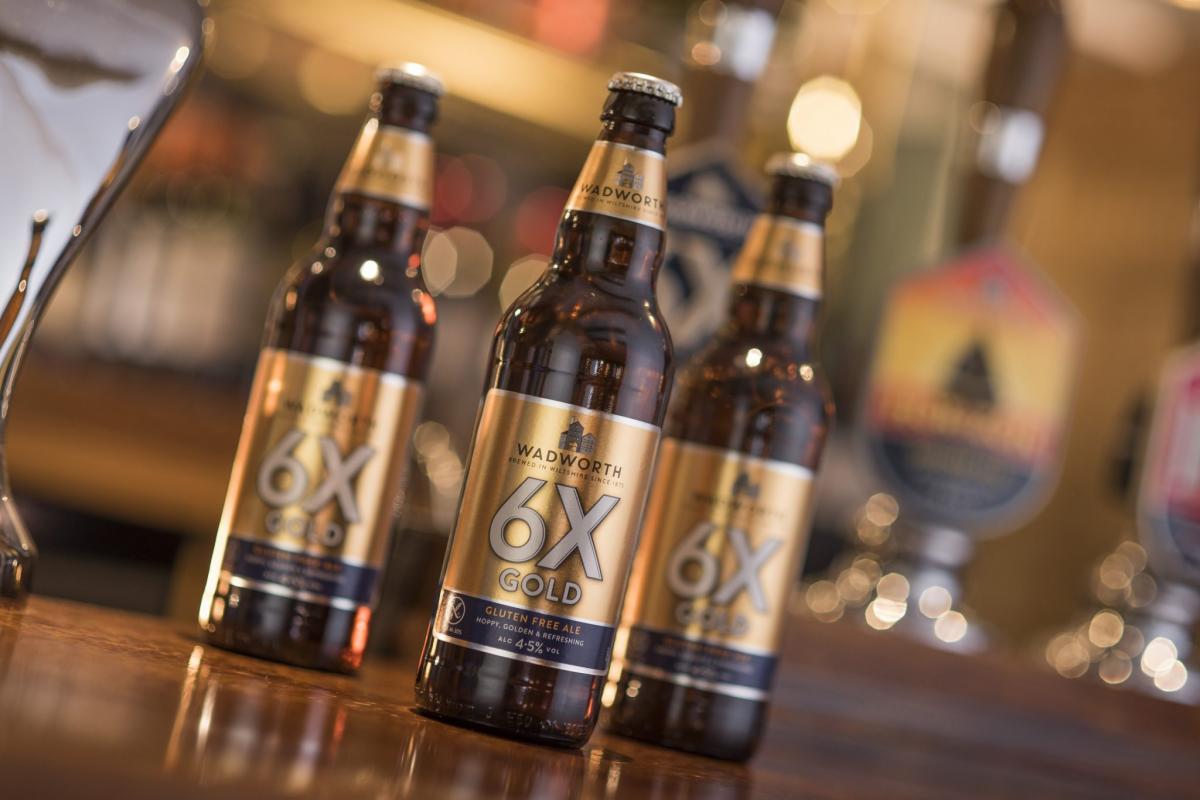 Wadworth’s gluten free beer, 6X Gold, has been shortlisted in the Down the Pub and the Bar category in this year’s FreeFrom Food Awards, the UK’s only industry awards for FreeFrom.

The beer has gone from strength to strength since its launch in 2016; it has since been added to Wadworth’s core range, due to its popularity with gluten free drinkers, and was awarded bronze in the International Beer Challenge’s Speciality Beer category in August 2017. The 4.5% ABV hoppy and refreshing ale does not compromise on flavour, with spicy notes on the palate and a zesty aroma. Brewed with 100% English hops – Admiral, Pilgrim, Pilot and English Cascade. Chris Welham, CEO at Wadworth, commented: “We are hugely proud of this recognition from FreeFrom Food Awards. We are thrilled with this beer; it has grown a solid fan base since its launch and we’re looking forward to seeing its continued success.” The winners of the awards will be announced and presented on April 17 at the Royal College of Physicians in London. 6X Gold will face tough competition, including Estrella’s gluten free beer, Daura and Magic Rock Brewing’s Fantasma IPA Can.

A history of Alphabetti Spaghetti

DoubleTree by Hilton Swindon adds premium cocktails to the menu