A history of Alphabetti Spaghetti 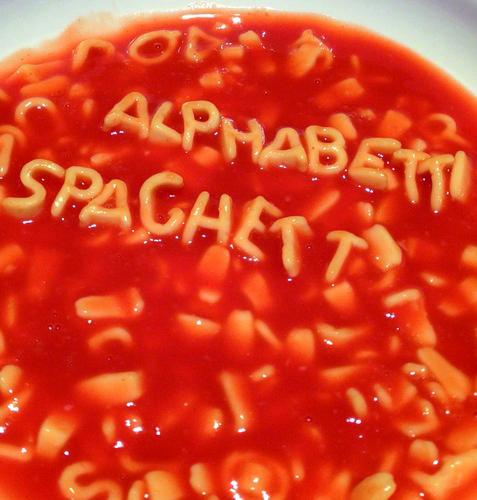 Don’t play with your food! Is a phrase that anyone who has spent time as a child will have heard at some point. The one exception to this rule is Alphabetti Spaghetti which cleverly manages to override parental anxiety for good table manners with a super educational opportunity. Creating alphabet shapes from pasta is a genius idea - there’s nothing like being able to artfully arrange pasta swear words to enliven a family supper - but who came up with the notion in the first place?

According to legend (ie almost certainly not true) a minor mishap in a pasta factory led to a piece being formed in the shape of the letter C, this ‘C-bomb’ gave some bright spark the idea of creating the entire alphabet. According to food archaeologists, the first recorded reference to alphabet spaghetti was in 1867 where the snappily titled US paper Raleigh Tri-Weekly Standard made reference to the fact that some soup manufacturers were replacing some of their macaroni shapes with letters of the alphabet. The latest culinary novelty is alphabetical soup. Instead of the usual cylindric and star shaped morsels of macaroni which have hitherto given body to our broth, the letters of the alphabet have been substituted. These letters of paste preserve their forms in passing through the pot. And it is thought that Knorr sold it in Europe as early as 1910 under various names from Alphabet past to Alfabeto and Alphaghetti or even Alphabetti Spaghetti. Heinz discontinued production in 1990 in the UK - but conscious of falling rates of literacy combined with a growing obesity crisis, the wordy treat was re-introduced in 2005 in a bid to ensure that young children spend more time spelling out words and less time stuffing their greedy faces.