The History of.... Pot Noodle 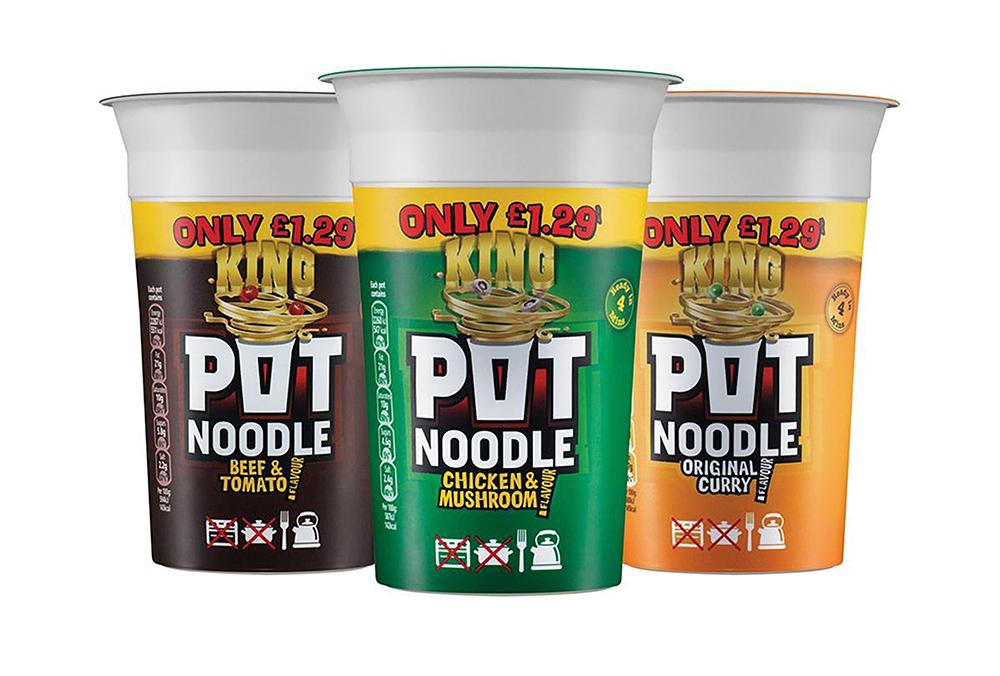 You’re about to be educated in the history of an icon!

The liberator of student hangovers, the hunger shield that protects the starving, the provider of sustenance to millions in the UK who only have under £2 to spend on their lunch; of course it’s the humble Pot Noodle!

Pot Noodle has been made in Crumlin, South Wales since 1979, providing the nation with a cheap alternative to sandwiches for over 35 years. 1992 saw the introduction of the infamous sauce sachets, meaning a world of new flavours could be explored including the infamous Bombay Bad Boy! Or otherwise known as the “My GOD what IS that?!”.

By 1995, the world of Pot Noodle was growing. Remember Fun Pots, Pot Rice, Pot Light and Pots of the World? Around 300,000 Pot Noodles were being chomped on every week. You kept eating, so Pot Noodle kept creating. Hot Chicken Curry and Barbecue flavours arrived in 1996. And who could forget the Christmas limited-edition Turkey and Stuffing flavour? Probably the best and most inexpensive Christmas dinner ever.

In 2000 Unilever acquired Pot Noodle and kicked off with the mighty King-size Pot Noodle and in 2002, the Crumlin factory was producing 175 million pots per year. It was estimated that five Pot Noodles were being wolfed down every second.

It seems we Brits can’t get enough of the little pot. Maybe it’s because we are so used to standing by the kettle waiting for our cups of tea while discussing the cricket and bowls what what!?

Yo ho ho and a bottle of rum