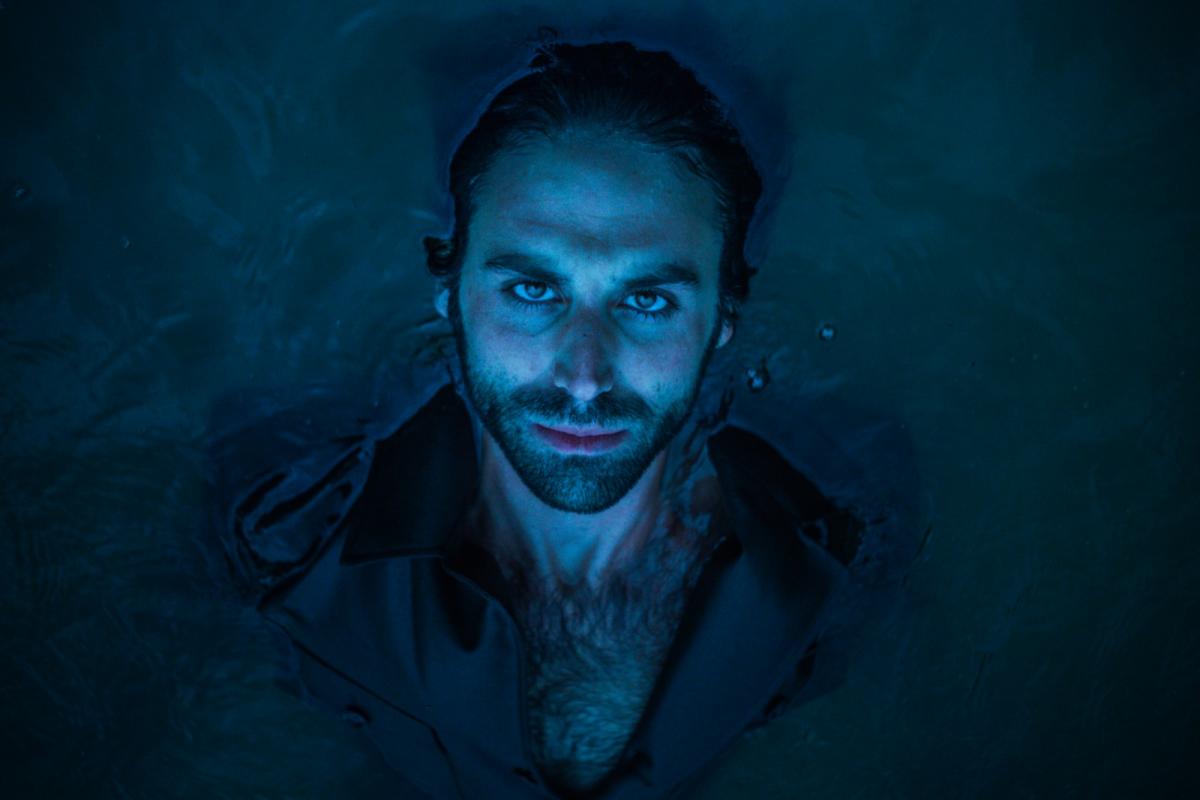 The electronic rock artist has been hard at work over the course of the last year, putting in place a collection of EPs that explore an introspection into his mania and resultant crawl back to serenity. Fusing rock, indie, punk and hip hop together with his electronic guitar and gritty vocals, Wells has long been carving out his music journey.

His interest in music began at six years old when he first picked up the guitar, an interest which would soon snowball into an obsession. After watching Top Of The Pops at age 12, Wells knew he wanted a career in music, as he developed an adoration for the electric guitar. At the time, his love for music was also partially an act of rebellion.

“There wasn’t really any music in the house at all, not even a record player. I suppose my love for this was in part a two fingers up to my parents who weren’t interested in rock ‘n’ roll. It then became something that I loved doing and wanted to pursue further.”

Wells pursued this love, joining a band with his partner at the time and hitting the road. He soon found himself on tour with big names, including The Struts and the Mystery Jets, whilst also playing some big French festivals, namely the Printemps de Bourge.

However, with him and his partner ending their relationship and going their separate ways, Wells was back to square one, forming this project as what he believes to be a ‘happy accident’.

This ‘happy accident’ certainly paid off for him, as last year he got the chance to go on tour with Bastille, with band member Woody forming a record label with the specific intent of signing Wells! Wells said:

“It was just mad really; I went on a small break feeling blue after the project’s good start began to stagnate. But then I got a call off Woody asking if I wanted to be a part of the label and then go on tour a couple weeks later. I felt it was something I absolutely wanted to do and accepted. It was a really great, cool experience.”

When working on songs before lockdown, it would be fair to say the musician had a ‘unique’ and turbulent approach. Described by himself as working in a ‘crack cabin’, Wells built a shed to live and work out of, with just the bare necessities. He explains that money was running low and he could not afford London’s prices. It was only after his chimney exploded that he moved, relocating to a small flat in an old jewellery factory, only to be evicted at the start of lockdown. Fortunately, he was put up by his sister, where he then proceeded to finish off the writing process for this EP.

To date, Wells feels this piece of work is his favourite, saying: “Lyrically, the journey we go on, I love it the most for sure. Sonically, there’s a throwback to an old song that I really enjoyed, but also there’s an overarching theme of contemplation”.

It’s this theme of contemplation that fans can expect to hear on this EP, with Wells aiming to convey his ferocious sound, mixed with a ‘devil and angel on your shoulder’ theme.

He added: “I’m not always mad and crazy, I worked on some acoustic songs and my friends told me it was definitely something to explore further, hence the angelic theme. I think it’s really good to mix up my style and open up the doors for people who don’t like my heavier stuff so much. “

For the rest of the year, Wells plans to finish off the third EP from the collection, aiming to top EP2 with a different sound. Equally, he also wants to do live concerts via the Internet. He feels that this will be a lovely thing for both fans and himself, giving them live music whilst also being able to play all-together for the first time in months.

‘Can’t Take It Much Longer’ is out on 25 September via Du Monde records and will be accessible on major streaming services.

The Long Read: A Lockdown Survival Story – The Musical