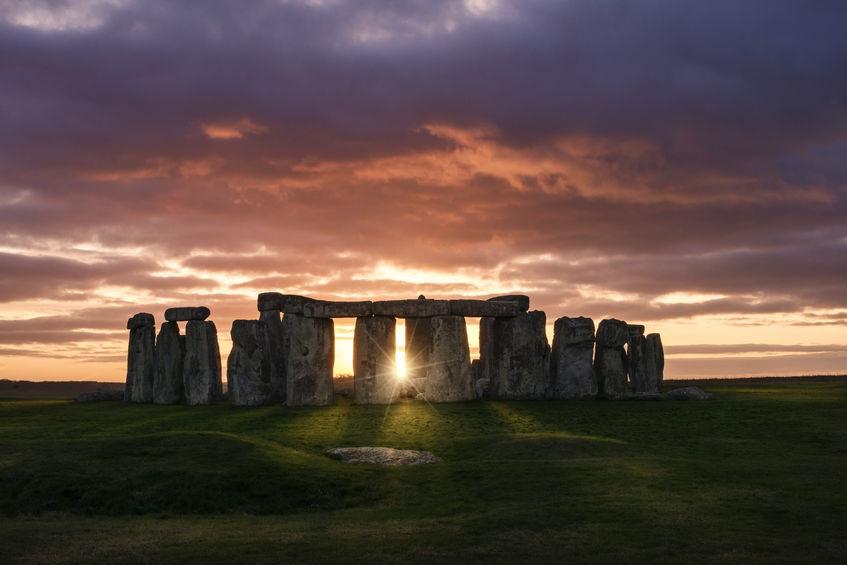 Despite estimates placing Stonehenge at between 4000 and 5000 years old, fresh discoveries are being made about one of Britain’s most famous landmarks to this day.

The prehistoric monument constructed near Salisbury in Wiltshire consists of a ring of massive 25-ton standing stones. It has been eroded by time and weather; however, the basic structure can still be seen, and research is continuously being conducted on the site.

Researchers believe the monument was constructed in stages sometime between 3000 and 2000 BC. The earthworks and stones that makeup Stonehenge is the densest complex of Neolithic and Bronze Age monuments in England.

The site is a cultural icon for the United Kingdom. It is a cultural heritage site protected by both the British government and the United Nations Educational, Scientific and Cultural Organisation (UNESCO).

Popular culture has continuously referenced it, such as its appearance in Peter Ackroyd’s 1985 novel Hawksmoor. It also appeared in the six-book Michael Scott fantasy series titled The Secrets of the Immortal Nicholas Flamel in which Stonehenge is one of the historical landmarks that serve as teleportation hubs.

Appearances on film and television range from the widest variety of shows and movies, from Doctor Who to Spongebob Square Pants on TV and from the horror of Halloween III: Season of the Witch to the humour of the animated films Ice Age and National Lampoon’s European Vacation.

The gaming industry has also often used Stonehenge as a setting to help create a narrative device. For mobile phone games, Labyrinths of the World: Stonehenge lets players use the monument to travel through time and space and solve mysteries, in iGaming the Secret of the Stones game is one of the most popular slots found at 888casino, and there is even a tabletop board game you can try called Stonehenge: An Anthology, which includes five different games, which range in gameplay from racing through the ruins to auctioning them off to the highest bidder.

You might assume that we would have discovered everything there is to know about a place that is so popular and has been around for so long, but you would be wrong. New archaeological research published in September 2020 suggests the stones may have had acoustic properties we didn’t know about till now.

It is not usually an area of study for archaeologists – Stonehenge is one of a handful of archaeological sites in the UK that has had its sound quality checked. A 1/12th scale model of Stonehenge consisting of the complete 157-stone structure before the erosion of time took its toll was constructed by academics from the University of Salford.

According to the study, sounds made inside the Stonehenge would have been only heard clearly by those standing inside the circle. Salford’s Acoustics Research Centre will be conducting more research to verify that fact.

“Constructing and testing the model was very time consuming, a labour of love, but it has given the most accurate insight into the prehistoric acoustics to date. With so many stones missing or displaced, the modern acoustic of Stonehenge is very different from that in prehistory,” said Professor Trevor Cox.

The study suggests that any acoustics from within the circle, while enhanced for those people inside the circle, would also have been very muffled and difficult for anyone outside to hear. This discovery is a significant archaeological finding because it can lead to further research into why the site was constructed in the first place.

Another major discovery was made about the stones in July of this year. A study by the University of Brighton led by Professor David Nash solved the mystery of the origins of the material used at the site. Professor Nash and his team discovered the massive stones used to construct the circle at Stonehenge were a direct chemical match, so similar stones 25km away from the site in the West Woods of Marlborough.

“It has been really exciting to harness 21st-century science to understand the Neolithic past, and finally answer a question that archaeologists have been debating for centuries,” Nash said.