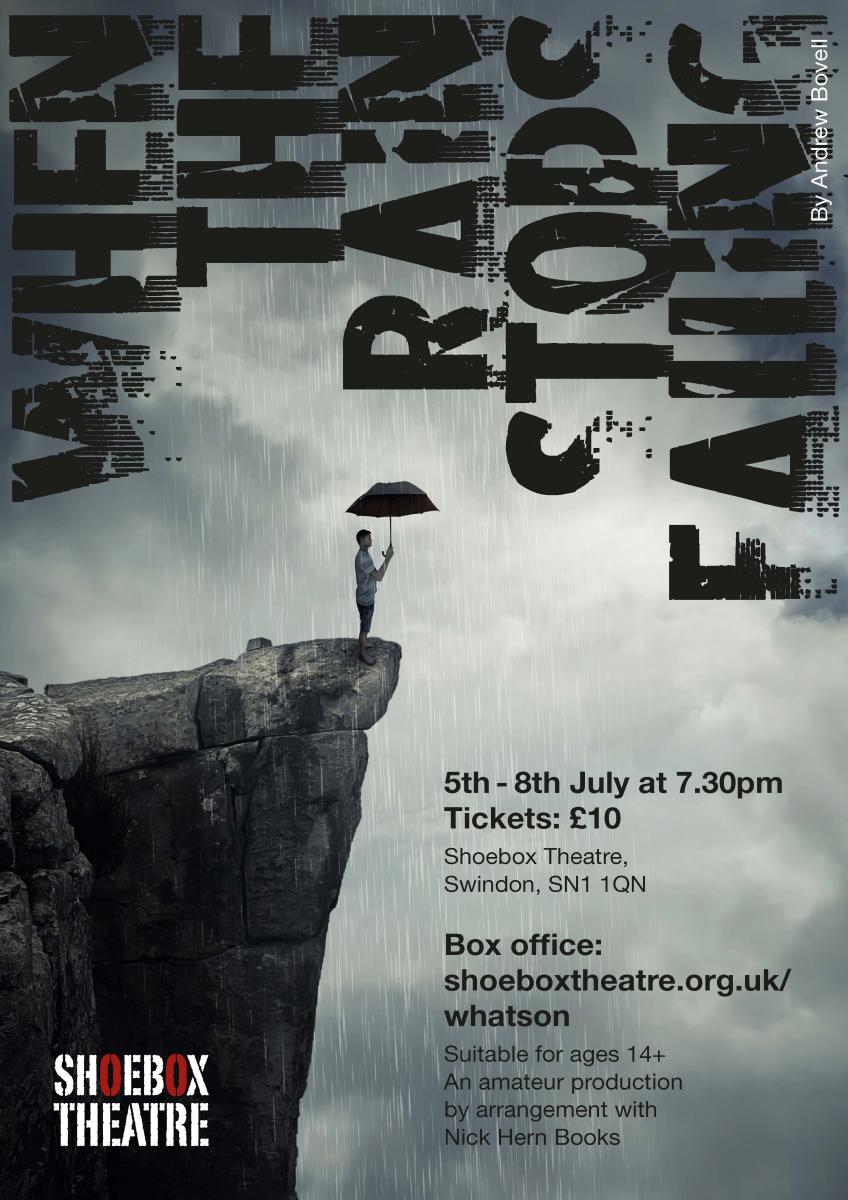 After months of rehearsal, the Shoebox Theatre’s community theatre company will be performing their next show, ‘When the Rain Stops Falling’ in a few weeks!

The Swindon-based company was launched in August last year, with the intention of giving non-professional actors the opportunity to perform contemporary scripts and since then, has gone from strength to strength. This will be their second production after performing ‘The Wonderful World of Dissocia’ last year, which was very well received by audiences.

‘When the Rain Stops Falling’, which has been described as a work of gripping mystery and emotional depth, is an award-winning play written by Andrew Bovell in 2008. It moves from the claustrophobia of a London flat in 1959 to the windswept coast of southern Australia, and into the heart of the Australian desert in 2039.

It interweaves a series of connected stories as seven people confront the mysteries of their past in order to understand their future, revealing how patterns of betrayal, love and abandonment are passed on. Until finally, as the desert is inundated with rain, one young man finds the courage to defy the legacy.

The company became aware of the theatrical work by Australian writer Andrew Bovell, after they saw his latest show ‘Things I Know to be True’, at the Oxford Playhouse last year.

“The play was performed by Frantic Assembly, a well-known and respected physical theatre company, so it was beautifully performed, but what really stood out for us was the writing. As soon as we got home we researched what else Bovell had written.

When the Rain Stops falling was exactly what we were looking for and we cannot wait to bring this beautiful, yet challenging story to audiences of Swindon” said Luke Marquez, Artistic Director at the Shoebox Theatre.

The performance is suitable for those aged 14 or over and will be performed at the Shoebox Theatre on the 5th to the 8 of July at 7.30pm.

Tickets cost £10 and are available from www.shoeboxtheatre.org.uk/whatson