The History Of..... Marmite 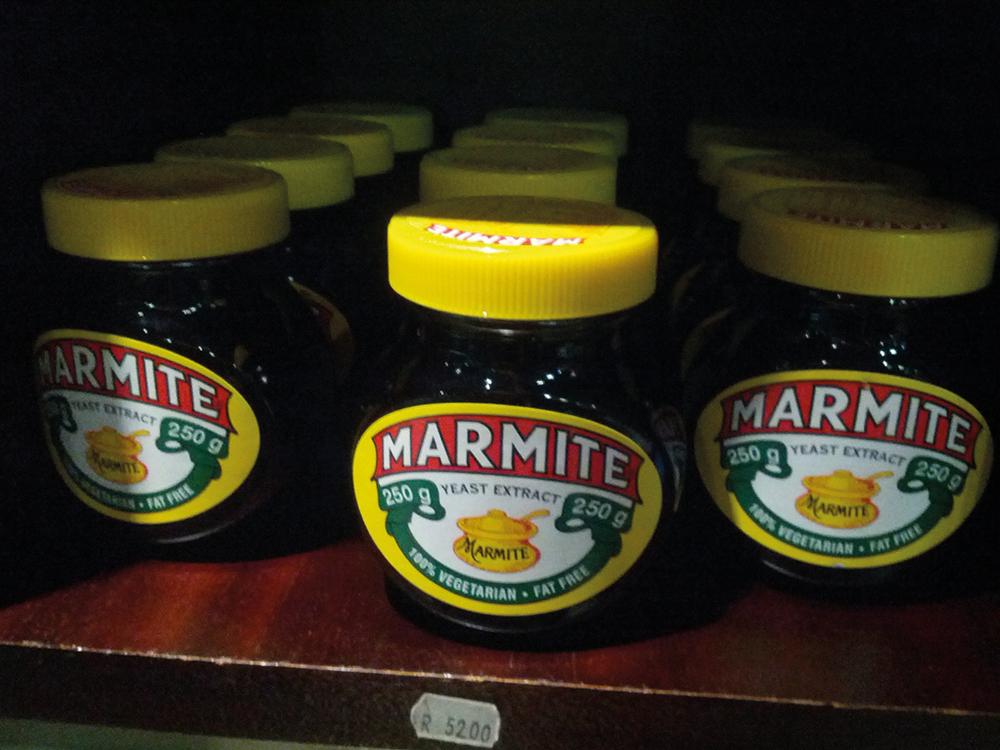 Marmite. You all know the tag-line - you either love it or you hate it.

I’d like to add my own personal third option, and say right now that I absolutely detest it. For me, it’s on a par with a napalm and rusty nail cocktail in terms of things I don’t want in my stomach.

But how did we get to a stage where people put a yeast extract on their toast?

The product that was to become Marmite was invented in the late 19th century when German scientist Justus von Liebig discovered that brewer’s yeast could be concentrated, bottled and eaten. So blame him…

In 1902 the Marmite Food Extract Company was formed in Burton upon Trent, Staffordshire with Marmite as its main product. By 1907, the product had become successful enough to warrant construction of a second factory at Camberwell Green in London. The product’s popularity prompted the Sanitarium Health Food Company to obtain sole rights to distribute the product in New Zealand and Australia in 1908, and they continue to spread the foul black paste across the antipodean regions to this day.

By 1912, the discovery of vitamins was a boost for Marmite, as the spread is a rich source of the vitamin B complex. With the vitamin B1 deficiency beri-beri running rife during World War I, the spread became more popular, and was even added to the rations of British soldiers.

Of course, the most common way for Marmite to be consumed is layered on toast, as we already mentioned, but unbeknownst to most of us it can be dissolved in water just like Oxo and Bovril and becomes a hot drink direct from Mordor.

Our friends down in New Zealand have an alternative however. Their advertising encourages them to spread their Marmite across their bread with ‘potato chips’ (what we refer to as crisps we think?) to create a ‘Marmite and Chippie’ sandwich, whereas in Malaysia the trusty black substance has been used to cook with prawns and chicken for years, and has even been used in cocktails apparently!

Just to get technical for a second, while the process for making Marmite is secret, the general method for making yeast extract on a commercial scale is to add salt to a suspension of yeast, making the solution hypertonic, which leads to the cells shrivelling up. This triggers “autolysis”, in which the yeast self-destructs. The dying yeast cells are then heated to complete their breakdown, and since yeast cells have thick cell walls which would detract from the smoothness of the end product, the husks are sieved out. As with other yeast extracts, Marmite contains free glutamic acids, which are analogous to monosodium glutamate. Whatever that means…

None of this changes my personal opinion of Marmite, but if you are a lover of the horrific black sludgy waste product, please indulge yourself at least 30 feet from me.