Hedge your bets for the official name of the 'chip sandwich' 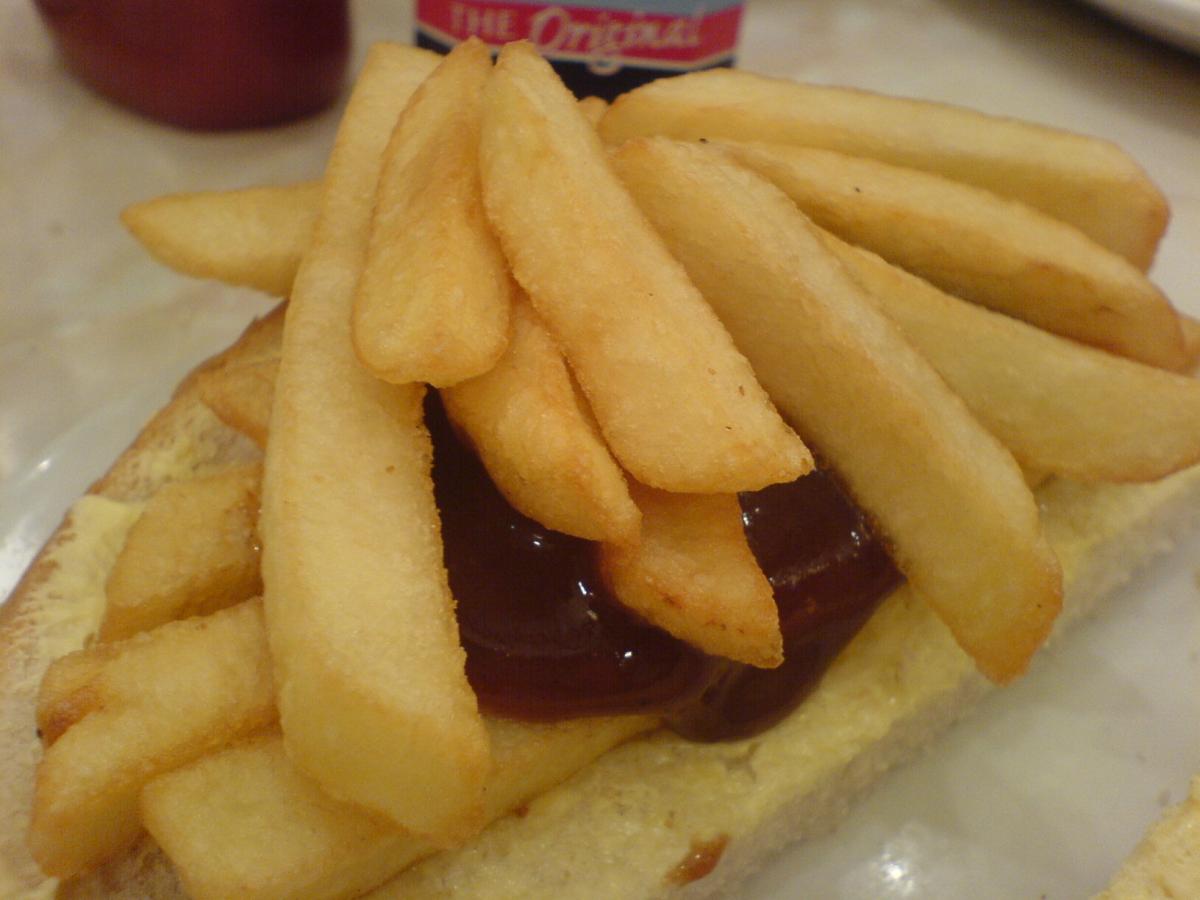 THE OFFICIAL NAME FOR CHIPS SERVED IN A BREAD ROLL IS FINALLY REVEALED …AND IT’S NOT A CHIP ROLL, CHIP COB OR CHIP BARM.

If you were a betting man and spent most of your time at the casinos, you would probably have guessed the winning name.

It’s been the subject of fierce debate for years – what, exactly, is a bread roll stuffed with chips actually called?

Is it a chip cob, chip barm, chip roll, chip sandwich or something else entirely?

Ahead of National Fish n Chip Day (Friday September 4th), Britain has spoken, and can reveal, for the first time, the correct name for this legendary culinary delight.

Bosses at Foodhub, the takeaway delivery app, have been scratching their heads like the rest of the country over the delicious dilemma.

So, to put an end to the arguments, they surveyed the nation to find out the answer to the question all food fans have been discussing, debating and fighting about for years.

And today, after much deliberation and a painstaking count of the votes, Foodhub has finally revealed what the UK officially calls this king of takeaway snacks…

And a resounding 58% of the nation – four times more than any other option - say that chips served in a bread roll should be called a Chip Butty.

Wil Chung, Foodhub spokesman, said: “For years, people have argued that it should be called either a chip roll, chip cob, chip barm or a myriad of other titles. But, Britain has spoken, and we finally have an overwhelming consensus from the majority of the nation – it is, officially, called a Chip Butty!

“There were also regional differences in opinion on this iconic water cooler debate, as you’d expect. For instance – in the North-west there was very little in it between Chip Butty and Chip Barm, Chip Butty winning the vote by just 2%.

“In London, while Chip Butty was favourite, Chip Roll was also up there with more than 1 in 5 people opting for that choice.

“And in the East Midlands, around Leicester and Nottingham, while Chip Butty took the most votes, chip cob was a close second with almost 3 in every 10 people opting for that title.”

One thing that is certain – Britain is still very much in love with the classic fish n chips dinner…though, across the regions, there are differences in how Brits like to eat it.

Salt and Vinegar is the overwhelming choice when choosing toppings for the nation’s favourite meal.

And the nation is split about how best to eat fish n chips – with 33% saying they prefer to eat it from the paper and 35% saying they’d rather eat it from a plate. Some 44% of us eat our fish n chips with a traditional knife and fork, though almost one in five of us like to eat it with an iconic chippy-style wooden fork.

As regards the fish itself, a medium sized, lightly battered cod fillet with a medium-sized portion of chunky chips is overwhelmingly the nation’s favourite.

Foodhub is offering 10% off* orders at Fish & Chip designated takeaways, so people can enjoy the classic British dish for a fraction of the price.

Simply input the code BUTTY2020 at checkout and enjoy a fish-tastic treat!

*offer valid NOW until 23:59 on 6th September. No minimum order (restaurant may have their own minimum order). £5 maximum redemption value. One use per customer. Full terms