FIRST LOOK AT PRIVATE PEACEFUL AT THE BARN THEATRE 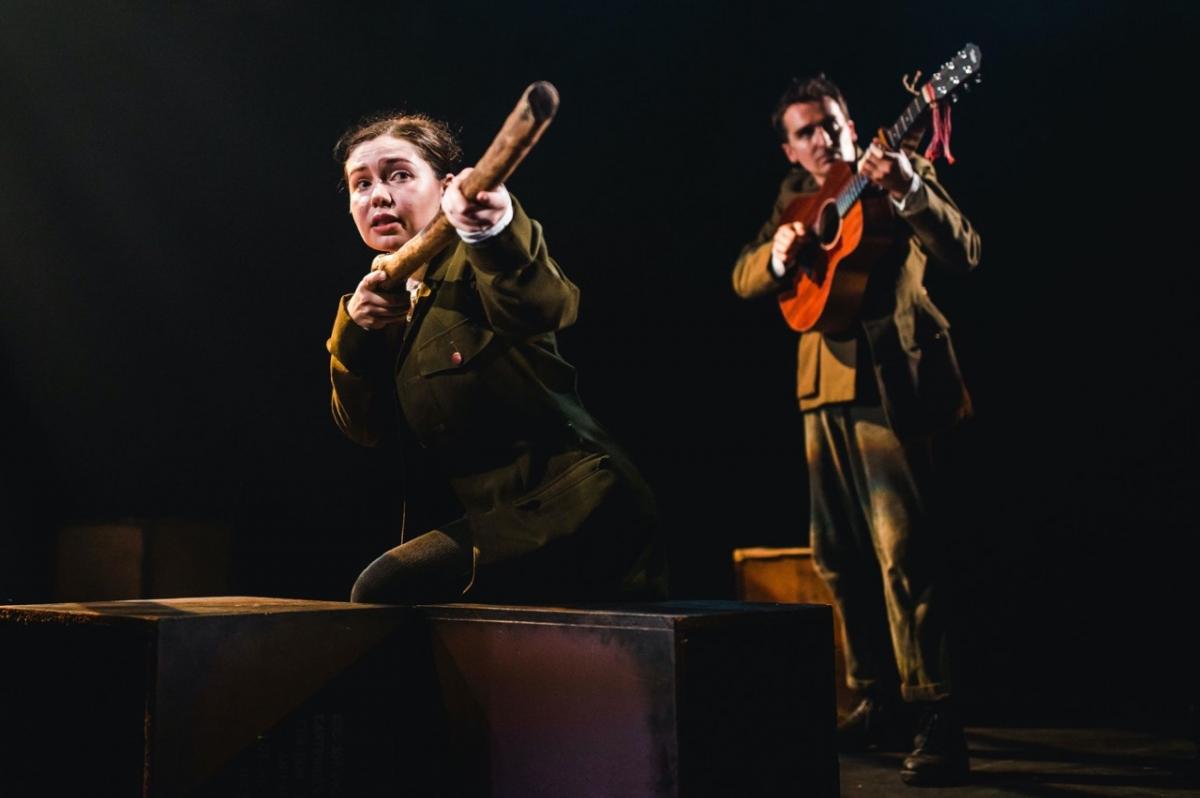 Production photos have been released for BoxLess Theatre, the Barn Theatre and Take Two Theatricals’ production of Private Peaceful. The production, which marked the first live indoor performances since March at the Barn Theatre in Cirencester, runs until 27 September, with press night on Tuesday 15 September.

Based on the modern classic by Michael Morpurgo (War Horse, The Butterfly Lion), Private Peaceful tells the story of Tommo Peaceful as he reflects upon the events that made him the person he is now, from first love to fighting on the battlefield alongside his brother. The intimate production, which is set against the backdrop of the First World War, has transferred into the main theatre space following its sell-out run at the theatre’s first outdoor theatre festival- BarnFest.

Michael Morpurgo, the internationally best-selling author of Private Peaceful and long-time supporter of the Barn Theatre, visited the production during its run at the Barn Theatre’s outdoor theatre festival BarnFest for an exclusive post-show Q&A and gave his seal of approval saying: “It was extraordinary, very moving and utterly committed. It didn’t feel like a play at all. It felt like they were telling a story that they really cared about. Really great acting, top notch”.

For their re-opening, the Barn Theatre have implemented numerous procedures to ensure audience safety throughout their experience. The theatre runs at a reduced capacity with Perspex screens being placed between groups in a new seating layout which ensure social distancing measures are adhered to. The theatre has also announced that they have a new and upgraded air filtration system which exceeds governing guidelines to ensure the experience is the safest the theatre can provide. The cast and creative team will also adhere to Government guidance on social distancing and temperature checks.

The safety measures that were successfully utilised during BarnFest - the theatre’s outdoor theatre festival - including temperature checks on arrival, mandatory masks for all patrons over 11 years old, staggered arrival times, sanitisation of public areas and hand sanitiser at entrance and exit points continue for indoor theatrical performances.

Artistic Director Iwan Lewis said of re-opening: “It’s time to get theatre back indoors and safety is our number one priority! Our team have adapted incredibly to provide the safest possible theatrical experience over the Summer with our outdoor theatre festival BarnFest.

“Having seen the overwhelming responses from both audience members and critics on how safe and enjoyable their visits were, we are confident that we can replicate and further the same experience indoors. It is fundamental that we maintain this high standard when welcoming our audience members indoors for the first-time following lockdown.”