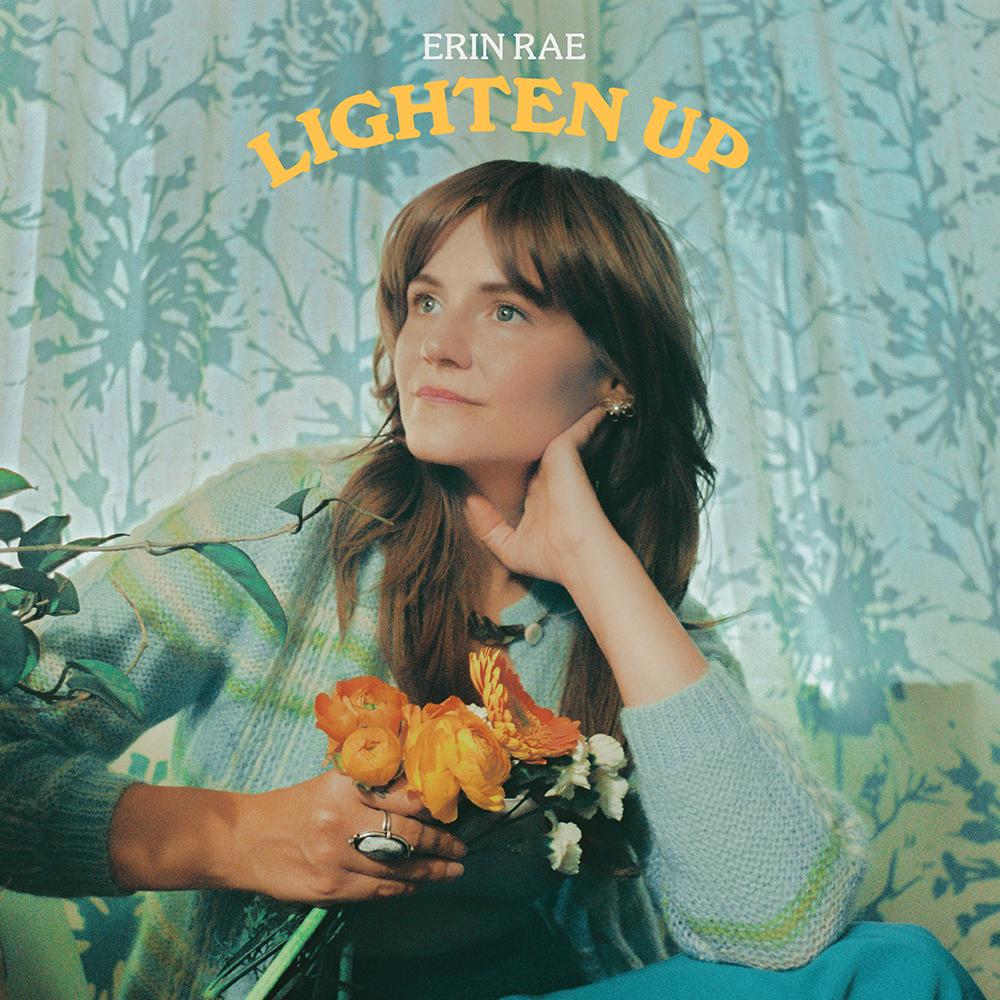 “Rae meets at the intersection of folk and country in ballads built to calm nerves and trigger powerful emotions at the same time.” - Rolling Stone

Erin Rae announces Lighten Up, her highly anticipated new album. Produced by Jonathan Wilson, it will be released on Feb 4, 2021, via Thirty Tigers. A timeless amalgam of classic pop, cosmic country and indie rock, recorded earlier this year in California’s Topanga Canyon.

Rae debuted the video for her first official single from the album, “Modern Woman,” with Rolling Stone. A pacy indie folk rock bop celebrating femininity in all its diverse forms. The video features  musicians including Brittany Howard and various Nashville rising star creatives and business owners from across the community, including rising photographer Emerson Kyle and Curry, a local director of Nashville’s Black Beauty School and Black Trans advocate. Watch the video HERE.

Discussing the song with Rolling Stone, Rae reflected, ““Modern Woman” from the start is meant to be a little cheeky, coming from me, a white femme-presenting woman, but it just sort of spilled out one day in the kitchen during the pandemic. It’s been so incredibly powerful to witness the discussion and evolution of gender norms through my peers and friends, as well as the representation of all bodies breaking more and more into mainstream media. The song is basically a speech to a figurative person who is uncomfortable with the disintegration of a tired definition of what it means to be a woman.  With the video, Joshua Shoemaker and I wanted to celebrate and represent our friends in the community who relate to the term “woman” in different capacities, and basically brag on the diverse community of small business owners Nashville holds, and the work they are all doing to push Nashville forward, often against its will, into this new world of inclusivity.”

The single release follows “True Love’s Face,” another preview from the album, which landed ahead of the album’s announcement this week. Listen Here: https://orcd.co/truelovesface

Three years have passed since the release of her critically acclaimed debut Putting On Airs, which drew high praise across the board. She mostly spent her time on the road, performing at Newport Folk and Red Rocks, sharing stages with Iron & Wine, Jason Isbell, Jenny Lewis, Hiss Golden Messenger and Father John Misty, before her touring came to a sharp halt at the start of the pandemic. She simultaneously tried to carve out time to write and live a life following the successful DIY release of a deeply personal album that felt like she had opened up the workings of her mind for all to see.

The solitude of the road and then the pandemic created space for Rae to undergo a sonic and philosophical shift where she found personal catharsis in creating an album that reflected on her newfound lessons of self acceptance, alongside finding the confidence to offer social commentary on the environment, gender identity and equality. “My last record was a lot of self-assessment and criticism, and trying to kick old habits and ways of relating and not relating to people,” Rae acknowledges. “This one is about blossoming, opening up, and living a little more in the present moment. Fully experiencing what it is to be human.”

With a renewed sense of agency, Rae also took a more active role in creating the kaleidoscopic soundscape that became Lighten Up, playing guitar throughout and feeling more confident in her musical decisions, drawing from obscure songwriters and niche genres like the English Psych folk she’d heard out on the road. She set out to reflect a sound she calls, “an emotional pallet, I could get lost in.”

Alongside Erin, Jonathan Wilson contributed various instruments including drums and is noted for his work with artists from Father John Misty to Roger Waters. The album also features a core band of Drew Erickson on keys, noted for his work Lana Del Rey, Weyes Blood and Jake Blanton on bass who has worked with bands including The Killers. The album also features guest appearances from fellow rising star singer songwriters, Meg Duffy, Ny Oh, and Kevin Morby.

Their flourishes of orchestral strings and swirling pedal steel melded with white hot organs, driving drums and rocking guitars. Forming a sophisticated soundtrack for Rae’s distinct vocals to shimmer and shine. Her distinct vocals offer us a much needed alternative to the criticism we can wield upon ourselves and others as we all try to navigate these turbulent times.