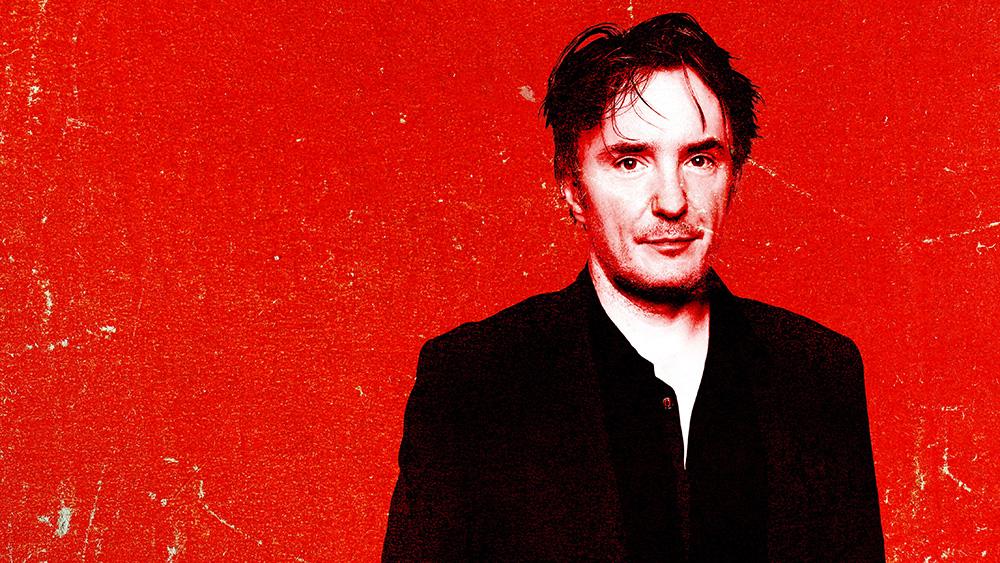 Comedian Dylan Moran takes part in a question and answer session ahead of his We Got This Tour.

Dylan Moran is back out on tour, which can only mean one thing - take cover. We Got This, his first full stand-up show since 2019’s acclaimed Dr. Cosmos, is the latest sideways glance at the folly of modern-day life from the Irish comedian, fuelled by the past two years that we’ve all been living. “We are bruised. We are all sore,” he says. “It’s not just the pandemic. It’s the times and how we’ve got through it.”

He’s keen to get back out in front of an audience, to take the temperature of the nation, and unpack what just happened. In his own unique way, Moran will mop our collective brow and make us smile again, as he sets out on a joyous journey through “the frustration and folly of modern life”, as he puts it. After the last two years, “I think everybody has to get themselves into a place where they could look forward to something,” he says. “And so we are there now, and that’s what I’m gonna talk about.”

Quite what Moran will discuss in We Got This will remain a surprise. As the show’s press release hints - “How can it be you have spent a whole ten minutes staring at a banana?”- it’ll likely border on the hilariously bizarre. Essential questions like this and others will surely be answered, in Moran’s own inimitable style, as the post-pandemic universe has left him bursting with new things to address. “I’m crazy with all this stuff,” he grins. “I’m not making any bones about it…I’ve got lots to say.”

Beginning the tour with a three-night run in Norwich, Moran is desperate to play in front of people again after months of venues being shut. “I like a live room - a room where you can feel people,” he says. “Some rooms are just very good live rooms….they bring a swagger and swing to the event themselves.” Likewise, he loves the unique vibe each gig can bring. “There’s some cities that are very good to play in. Glasgow, Liverpool, Manchester…I like playing in Leeds. I like playing in Brighton. You could go on and on.”

Yet when we talk just a few weeks before he’s due out on tour, Moran admits that his preparation this time around has been “totally different” from the way he might assemble a show in the beforetimes. “It’s still coming together,” he laughs. “It’s ridiculous. I mean, I’ve got masses and masses of material…tonnes of stuff. Don’t ask me questions about organisation, or knowing or planning because there’s nothing to talk about…it doesn’t exist! And it’s never existed with me, it’s just ariver of stuff.”

That wild stream-of-consciousness style is exactly what has made Moran such a hit on the stand-up circuit, ever since he became the second youngest person to win the Perrier Comedy Award - aged just 24 - at the Edinburgh Festival in 1996. Moran sees his shows as more conversational. “From what people have said to me over the years, they come for a kind of ‘one o’clock at a kitchen table’ kind of thing. Rather than just belting out gags, which is not really my thing.”

Since those early days, Moran’s reputation as “the Oscar Wilde of comedy” has grown exponentially, spreading across the globe. He was even the first English-speaking comic to play St. Petersburg in Russia, with translators on hand to interpret for those who didn’t speak English. He’s since played in Estonia and Kazakhstan - “a really fascinating” experience, he adds, and one that “makes you very appreciative of having a government that functions [by] not leaning quite so heavily on fear”.

Away from stand-up, Moran’s comedy cult status has been assured for life after co-writing and starring in Black Books, the Channel 4 show that ran for three seasons between 2000 and 2004 and won him two BAFTA awards. Playing Bernard Black, the misanthropic, frequently inebriated owner of the eponymous second-hand book store, the show has gained a new following of late since appearing on streaming platform Netflix.

He calls it, with typical modesty, “part of the space junk orbiting the consciousness that’s out there”, though that’s not to sound dismissive. He’s deeply appreciative of the affection held for the show . “On some level, I’m pleased to have a satellite up there. But I’m really focused on what I’m doing here. And the work that’s going on right now, obviously. Listen, if anybody enjoyed anything, I’m thrilled. Always. I really am. I mean that because that’s the whole point of it.”

Recently, he’s been back writing for television. Stuck, a show he’s penned for the BBC, has just finished shooting in Belfast and explores the relationship between his character Dan and the dissatisfied Carla (Morgana Robinson). “It’s all about couples. It’s all about relationships, and about desire and fear and inhabiting your life. Going for what you want. The big things, really. Going for the big prizes in life - love and commitment, a commitment to being here, to really being here, to really living your life.”

In stark contrast, Moran also recently filmed a role in The Witcher: Blood Origin for Netflix, a prequel to the hit medieval fantasy show based on the books by Andrzej Sapkowski. He plays the fabulously-named Uthrok One-Nut. “I was one tile in a very big mosaic,” he says, referring to a huge ensemble cast that also includes Michelle Yeoh and fellow comic Lenny Henry. “It was great, seeing the production. It was like a Cecil B. DeMille scale, when you looked at it…people running everywhere.”

Moran, who counts painting and writing poetry among his many artistic disciplines, also has a book underway, which he’s had to put aside while preparing for the tour. “I mean, I just want to carry on working to be honest with you.” For the moment, though, Moran needs to concentrate on putting the finishing touches to We Got This. And that requires some energy from the crowds too. “It’s not an object that I haul there like it’s a grand piano. It’s thing that’s made when the audience arrive as well.” Everyone, it seems, has their part to play.

Dylan Moran’s ‘We Got This UK Tour’ begins on March 6.

More information can be found at www.dylanmoran.com

Organisers say Cornbury Festival 2022 will be the last hurrah