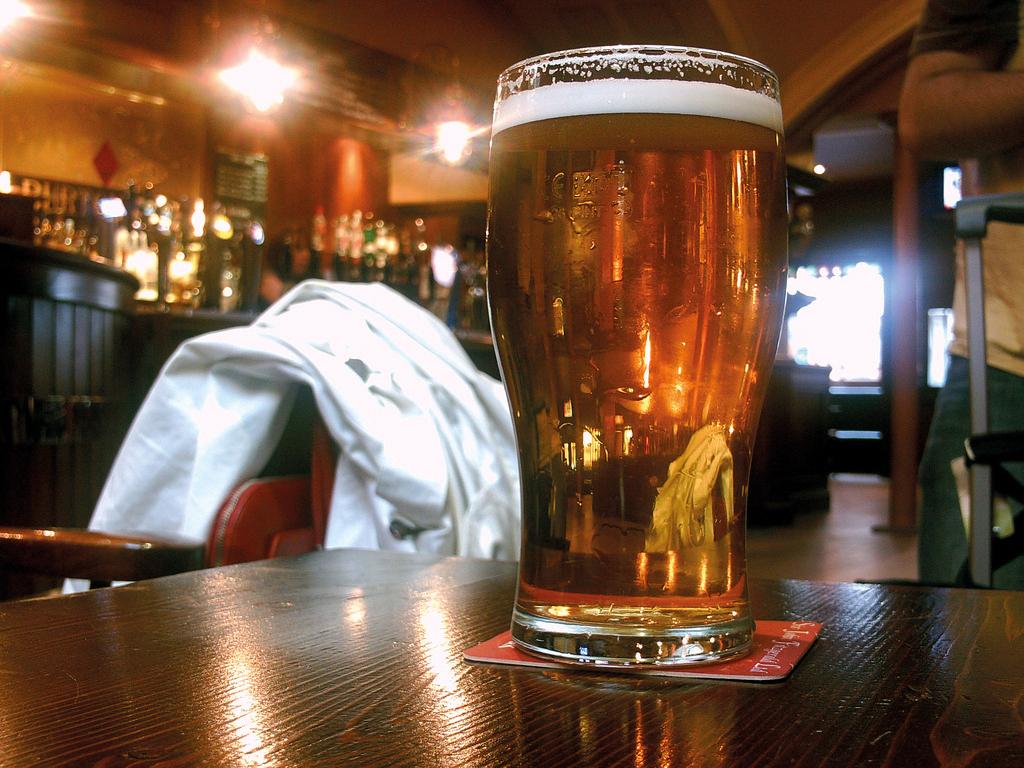 Once Upon A Time, there was a pub. It was a typical two-roomed back street drinking establishment, not too far from a busy main road and bustling high street.  It had a small garden, kept regular licensed hours and many of its customers were regulars who had been propping up the bar for a number of years, and in some cases, decades.  It was surrounded by many chimney pots, in walking distance from the train station and just off a main bus route.  The pub was owned outright by the landlord, having purchased the freehold 15 years previously from a struggling pub company, and had survived its share of family troubles, insurance hikes, beer duty increases, the smoking ban and the recent addition of two micro-pubs and a gastro-pub to the local area.  The pub was renowned for its well-kept ales, simple but cosy interior and absence of background music, entertainment machines and TVs (except for showings of international rugby games and the odd additional sporting event, when requested). The bar served 6 ever-changing beers, several real cider options as well as a mainstream cider and lager, numerous gin and spirit offerings and a small selection of wines. Pork Pies, cheese rolls, crisps and nuts were the only food offerings; however the landlord happily welcomed take-away food on the premises and thoughtfully provided cutlery and plates for diners.  A pub quiz was held on a Monday evening, and the back room was often used by a variety of local groups for meetings and socials.  The locals were generally a friendly bunch, welcoming newcomers, well-behaved dogs and light-hearted banter alike.  For the first few years, the pub made a small but steady profit for the landlord (after costs), but the last 3-4 years in particular had proven tough. Beer sales were down, noticeably, despite the range on offer.  Weekends were for the most part busy, but weekdays quieter, despite efforts to attract customers with different events and promotions.  Several regulars had either moved away or now only visited less than once a week for health or financial reasons, some visited less preferring the newer bars in the High Street.  The pub still attracted its fair share of visitors, keen to sample the unusual beers offered, but the loss of regular daily trade hit profits hard. Time at the Bar? This story is sadly still all too familiar. Despite a drop in the number of pubs closing a week in the UK, we are still losing on average 15.  For the most part these closures are struggling premises owned by the larger Pubco’s, but Freehouses are not exempt and are more likely to be sold to developers by the individual in order to recoup losses.

Broaden your horizons: how many of the 1,368 grape varieties have you tried?