A close look at the impact of Brexit 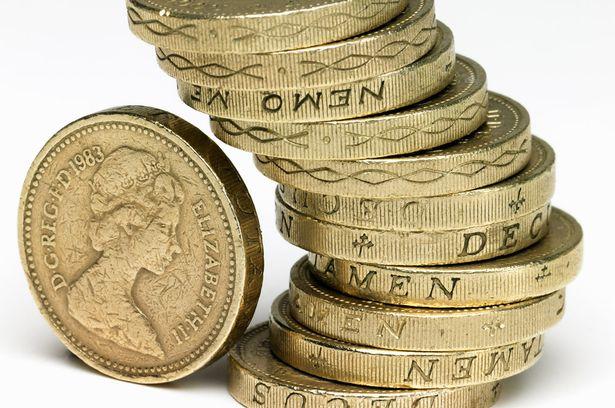 Minutiae of Brexit Impacting on the Strength of the Pound

The pound has yet to recover in any meaningful way from the collapse in value which took place immediately following the Brexit referendum result. If politics was still working in the way in which it historically has, then the referendum would have been an event in itself, its impact would have been priced into the value of the pound and the euro by the markets, and events would have moved on from a new starting point.

Of course, ‘politics as usual’ is a fairly subjective concept, but it’s probably safe to say that the developments in global politics which have taken place since June 2016 have taken even the most seasoned political commentators by surprise, up to and including the result of the last UK election. This election, you’ll doubtless recall, resulted in the degree of uncertainty which the UK government was already experiencing, particularly with regard to Brexit, being not so much replaced as supercharged  by massive amounts of extra uncertainty. It’s been noted before that political rather than economic signals are now far more likely than they used to be to prompt shifts in currency trading, but events of the past week or so have demonstrated that, particularly where the pound is concerned, this phenomenon is becoming even more marked. Take two contrasting responses to events surrounding Brexit in recent days. When the second round of Brexit negotiations between teams headed by David Davis and Michel Barnier came to an end, the general consensus was that little if any progress had been made. In specific terms, these talks were actually the first stage of technical talks on the minutiae of Brexit, and were intended to mark the first signs of progress on issues such as the border between the north and south of Ireland, the respective rights of EU citizens in the UK and UK citizens in the EU and, perhaps most contentiously, the size of the exit bill which the UK is going to be asked to pay. The fact that, when reading between the lines, little if any concrete progress appeared to have been made on any of these issues – with Barnier repeatedly stating that the UK needs to make its various positions much clearer – led to the pound dropping further against the Euro amidst fears that time for a constructive Brexit deal would eventually run out.

This market reaction was also prompted by perceptions that the UK cabinet is split on the issue of how to approach the Brexit negotiations. The two opposing views can probably best be summed up by the respective approaches of Chancellor Philip Hammond and Foreign Secretary Boris Johnson. Whilst Hammond is felt to favour an emphasis on jobs and the economy over the pursuit of a ‘harder’ Brexit, Johnson was recently to be found standing up in the House of Commons stating that the EU could ‘go whistle’ for any sizeable ‘divorce settlement’. This more combative approach, taken together with the mantra of no deal being better than a bad deal, is thought to make an ultra-hard Brexit – no deal and a falling back on WTO rules – more likely, and the markets assume that this would have a disastrous effect on the UK economy. The search for clues, and the reaction to these clues, seems to be becoming ever more frantic. A comment made in a speech given by environment secretary Michael Gove late last week was seized upon by those hoping for a positive result to the Brexit negotiations, and thus worked in the pound’s favour. The comment stated that the cabinet was now coming together around the view that a transitional deal on Brexit would be necessary. The fact that it would take some time for the ramifications of Brexit to fully work though the UK system had been seen as being fairly obvious to all but the most extreme Brexiters before now, but this statement from a politician seen as one of the leaders of the Leave campaign was seized upon as an example of comparatively rare government unity. Without wishing to be unduly cynical, it’s a mark of the febrile nature of the foreign exchange markets that a single comment by a politician whom many feel was synonymous with the more dubious claims of the Leave campaign (very few people now mention £350 million per week for the NHS, for example) was taken completely at face value and regarded as a simple statement of fact. As the Brexit negotiations continue into the autumn and beyond, it’s safe to assume that many more comments, speeches, briefings and remarks will be seized upon by the markets to indicate that events are moving in one direction or the other. The only prediction it’s possible to make with any degree of certainty is that it could be quite some time before the pound gets even close to its pre-referendum levels.

Keep your eyes peeled for this butterfly to flutter by! Conservationists urge people to take part in the Big Butterfly Count