Keep your eyes peeled for this butterfly to flutter by! Conservationists urge people to take part in the Big Butterfly Count 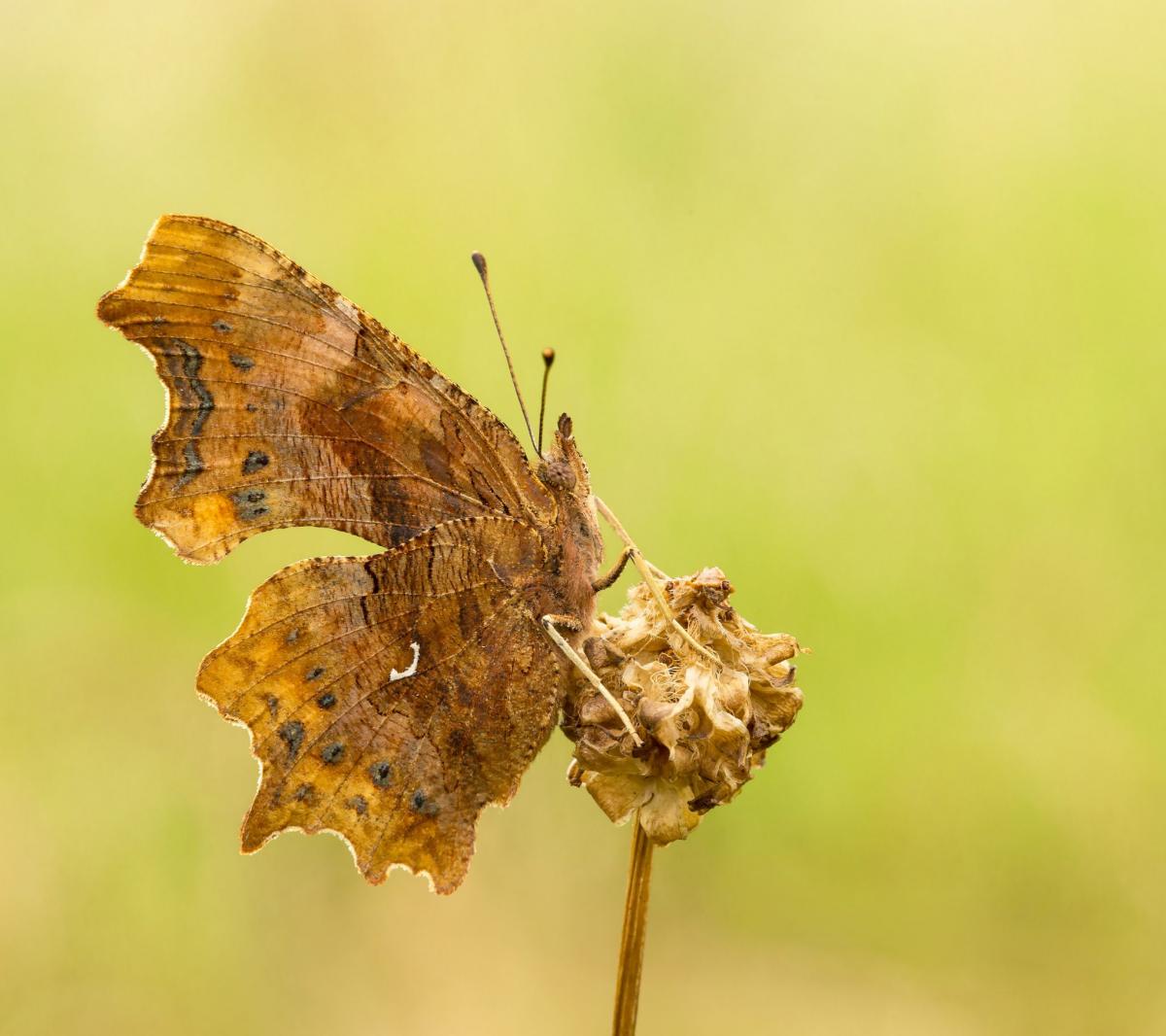 Wildlife lovers are being asked to head to their local canals and riversides this summer to chart the astonishing progress of the comeback kid of the butterfly world. The Comma has experienced an extraordinary 138% increase in population over the last 40 years despite being rare just a century ago. At the turn of the 20th century the Comma, with its distinctive ragged wing edges, was restricted to a few counties in the Welsh borders and south-east England. But just 100 years later the comeback Comma has become a butterfly success story, spreading north 250 miles since the 1970s throughout England, Wales and the Isle of Man into southern and eastern Scotland. Scientists believe a combination of climate change and the Comma’s increased use of nettle as a caterpillar foodplant may be behind its expansion in range. As part of this year’s Big Butterfly Count, Butterfly Conservation and the Canal & River Trust are asking people to look out for and record Commas on canals and riversides. Although found in a wide variety of habitats, adult Commas can be seen feeding on bramble, thistles and knapweed along rivers and canals and their caterpillars feed upon nettles and hops in the same areas. In the last decade the seemingly unstoppable expansion of the Comma has experienced a bump with poor years in 2012 and 2016. The Big Butterfly Count is the world’s largest butterfly survey, which encourages people to spot and record 18 species of common butterflies and two day-flying moths during three weeks of high summer across the UK. Results from the Big Butterfly Count will help track the ongoing spread of the Comma and could shed more light onto the extraordinary long-term population fluctuations of this beautiful butterfly. Butterfly Conservation President Sir David Attenborough said: “Canals and rivers are fantastic locations for many species of butterfly. The Comma is one of our most exquisite butterflies and hearteningly is also something of a butterfly success story. Help conservationists track the Comma’s expansion by looking out for it by canals and riverbanks during this summer’s Big Butterfly Count.” Mark Robinson, National Ecologist for Canal & River Trust, said: “Canals and rivers are great places to spot many species of butterfly. The Canal & River Trust would encourage everyone who lives near to one of our waterways to visit and discover all the amazing wildlife that thrives on our 2,000 mile network and take part in the Big Butterfly Count.” Richard Fox, Butterfly Conservation Head of Recording, said: “The Comma is one of the Big Butterfly Count species that has bucked the trend and done well in Britain over recent decades. Even it is susceptible to changes in the environment so we need to continue to monitor its progress, especially after a worse-than-usual year in 2016. By taking part in the Big Butterfly Count you can help us keep tabs on the Comma and other common butterflies.” The Big Butterfly Count is sponsored by Waitrose. Tor Harris, Waitrose Head of Sustainability and Responsible Sourcing, said: “We recognise the fundamental role pollinators play in the production of food and are committed to supporting their future which is why we’re delighted to be sponsoring the Big Butterfly Count for the second year and helping grow this important event.” The Count runs to 6 August. Taking part in the Count is easy - find a sunny spot and spend 15 minutes counting the butterflies you see and then submit sightings online at www.bigbutterflycount.org  or via the free Big Butterfly Count app.

A close look at the impact of Brexit