TRAVEL: Four days in Oslo, Norway - 'You simply must go!' 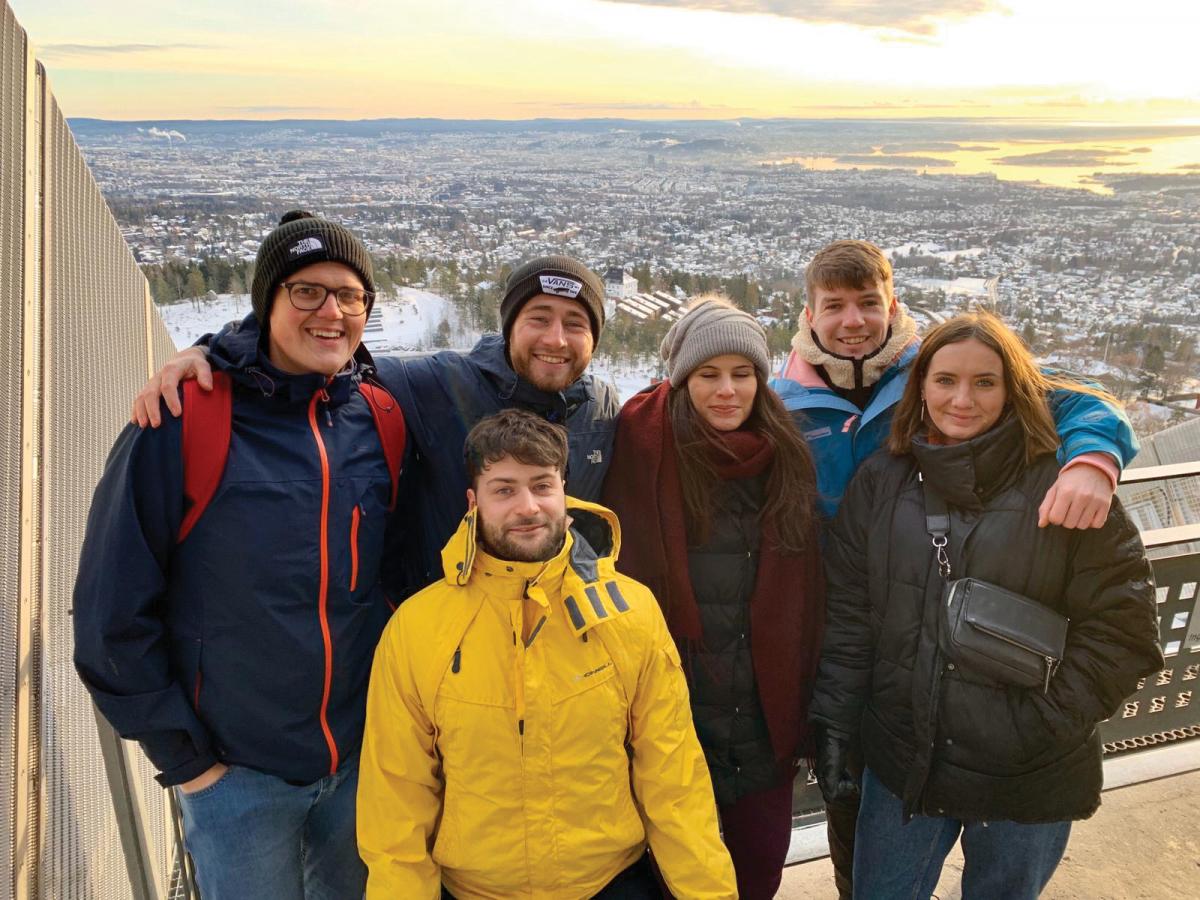 It took me just two days on a group trip to Oslo, Norway, to declare “I’m definitely coming back” - and I stand by this.

Before leaving in December I did wonder why we chose an even colder climate than England to holiday in, but as it turns out Oslo made me fall in love with the winter season. Wrapped up in some thermals, jeans, a roll neck and puffer jacket it was such a beautiful city to walk around.

After unpacking we stayed central and found ourselves in a cabin-esque pizza parlour (Peppes Pizza) ravenous with hunger. It’s the first time we’d all holidayed together so sat in for a while with some ridiculously good pizza and beers for some bonding (it went well, for at the airport on the way home we decided that we’re heading to Indonesia in 2021). Being Christmas time and all, we then wandered around the Christmas market and - despite being a grinch - I was really impressed. The decorations around the central area were incredibly elegant and the market itself was cute and cosy.  But, don’t get me wrong, we drank our obligatory mulled wines and moved on swiftly to bars where the locals hang (as stated in my Pocket Oslo guidebook - which by the way was a great investment). There we found HIMKOK (voted the World’s 20th best bar in 2017) and a buzzing assemblage of kooky bars down Young’s Gate.

Sunday was quite a cultured day starting with a trip to Vikingskipshuset (Viking Ship Museum), followed by the Norwegian Maritime Museum, amazing seafood for dinner, then a small bar crawl which ended at a cool jazz bar to finish the night off.

We played around with pace on Monday with a morning walk around Sognsvann lake, - come winter you can skate on the lake and in spring/summer you can swim in it – then some fast and furious tobogganing which happily wiped out the afternoon, so went for an indulgent meal at Mantra after for the best curry I’ve ever had in my life! We then headed back to the hostel to finish off the booze we bought at the airport for highly intense rounds of table tennis and table football.

We fully intended to take a fjord boat tour, but despite having previously taken a picture of the opening times upon arrival in the city we moseyed confidently down on the Tuesday to find that the boats ran from Saturday to Monday. As an alternative we headed to the Holmenkollen Ski Museum for some spectacular views (including an insane ski jump). I enjoyed learning about the history of skiing way more than I thought I would to be fair and love that this is a casual activity Norwegians do after work in the winter, like the way Brits head to the gym. After a light lunch at the wonderful Elias mat & sånt we headed to the airport and reminisced on an incredible holiday with fabulous company.

If you’re thinking of heading to Oslo, you simply must go (and make sure you’ve got money in the bank)! I want to head back in spring but also explore around Svalbard for those Northern Lights (and hopefully some Orca Whale watching)!

Vikingskipshuset: Explore ships (Oseberg, Gokstad and Tune), treasures and possessions from the Vikings!The burial rituals in particular were really interesting – Valhalla is where I am going after this life for sure! Toboggan run: Start at Frognerseteren and sledge down 2,000 meters to Midtstuen metro station – then do it all again! And wear a helmet (did not expect to pick up the pace we did). £12 for three hours – so worth it! Frognerseteren Restaurant: After tobogganing go to this cosy lodge with full-blown Norwegian Twin Peaks vibes. Blå: Amazing music venue with live jazz. Went on a Sunday and the vibe was still amazing! The Grünerløkka area of Oslo is like the Stokes Croft of Bristol. HIMKOK: The place to go if you want a bloody good cocktail and excellent service. Fiskeriet Youngstorget: Really casual fish shop vibes which serves incredible seafood. Young’s Gate: Head down an alley way and this place has bars within bars – something for everyone! Citybox Oslo: Not a highlight per se but a great, cheap and central hostel to stay in.

Encyclopedia Ocelotica: The anti ageing pill - "such a thing could be available within a decade"

OPINION: Sorting the snakes from the free press – “We’ve just sat through an election where propaganda was used with abandon”