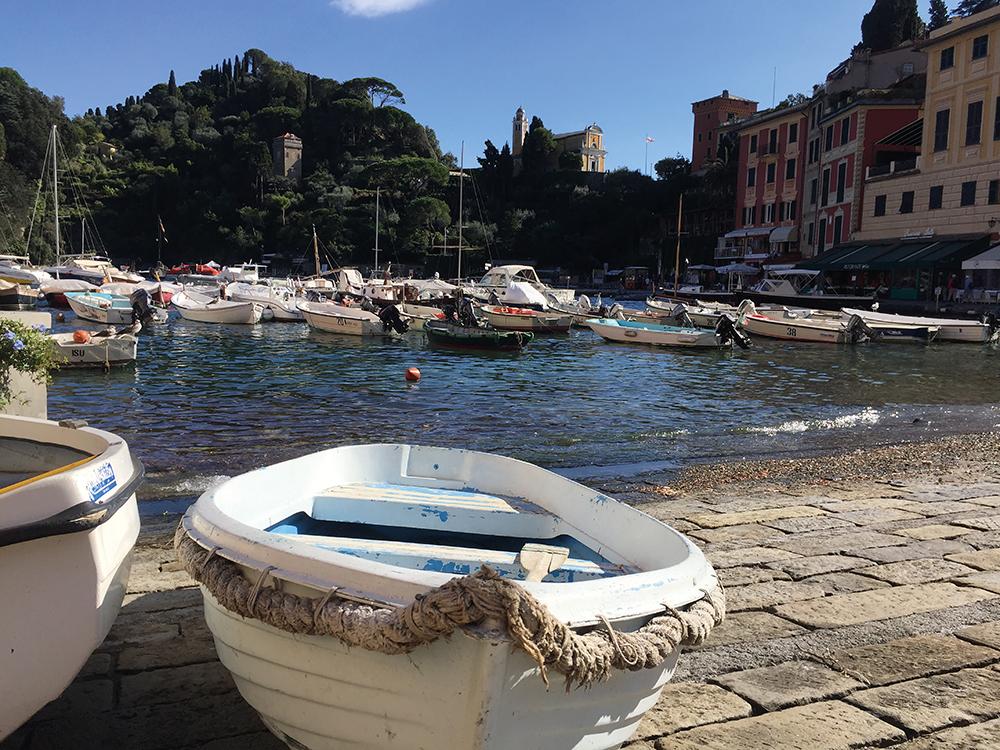 Sometimes you go somewhere and it’s like stepping into a different world. Portofino on the Italian Riviera is one of those places.

For most of us lowly mortals it’s a place where we can visit but we wouldn’t in a million years be able to afford to live.

Being the location of one of Silvio Berlusconi’s many homes you’d expect it to be pretty damn extravagant. But, unlike the former Italian president, Portofino is just oozing with class from its architecture to its hotels and restaurants.

Bang smack in the middle of yachting paradise, and only down the road from Monte Carlo and Nice, you’d expect it to be full of money. And you wouldn’t be wrong. Except by the time you leave you will no longer be full of money yourself especially when it costs a small mortgage to buy a gin and tonic.

But you can see why it is such a billionaire’s retreat. It is tranquil, sedate and full of the most expensive shops you’re ever likely to set foot in.

Everywhere you look you are greeted with beauty from the mesmerising seascapes to the cobbled side streets.

We were lucky enough to go there in early October last year and it was still very much T-shirt weather. We stayed in the Grand Hotel Miramare in neighbouring Santa Margherita Ligure - a 30 minute walk from Portofino (or 5 minute taxi).

Like everything around us there was a kind of otherworldly quality to our hotel as if we had travelled back in time to an age of elegance and refinement. The saltwater swimming pool was a wonder in itself.

And the food. You haven’t eaten pasta until you’ve eaten pasta in Italy and the Portofino food establishments definitely showed us the best that the country has to offer. We were only there a few days but I’m now saving for a yacht. It might take me a few lifetimes though.

A Nerd's Last Word - Two For One