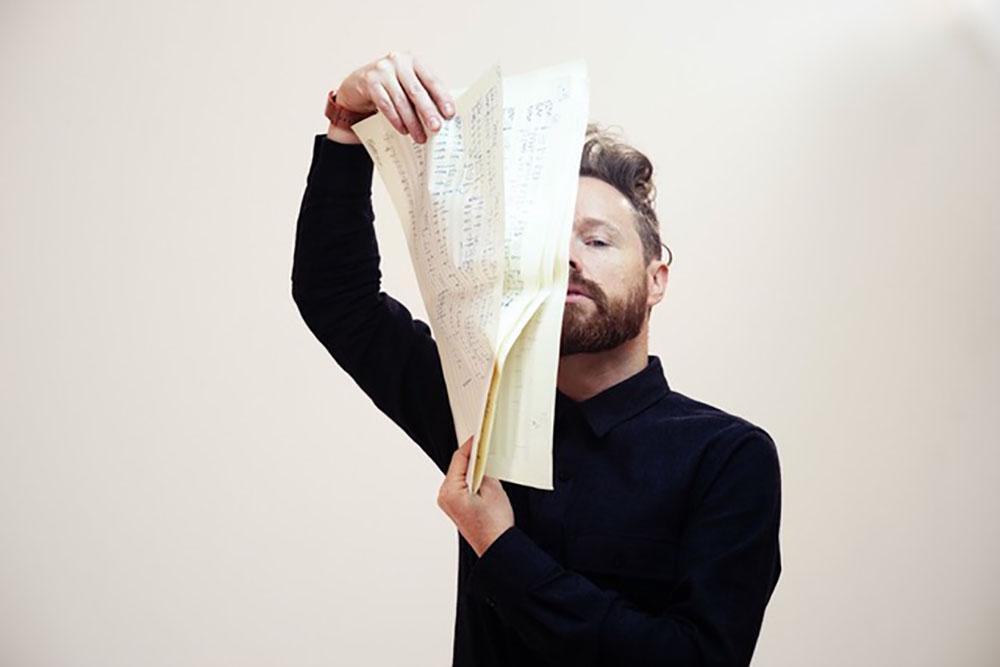 Composer-pianist and creative coder - Larkhall - announces he will be taking his innovative live show to venues across the UK this year.

Touring in support of his upcoming album, ‘Say You’re With Me’ (to be released 24 June), the postclassical soloist will be airing new compositions at a series of live dates across the UK throughout June to November 2022.

A spokesperson for the artist said: “In his moving and cinematic performances, music, visual art and technology collide to create something spellbinding.

“Algorithms play a role in our daily lives, shaping everything from weather forecasts, to driving directions, to social media feeds. However, Larkhall poses the question: “can they be… art?””

In Larkhall’s live shows, the artist combines new classical piano compositions with live visuals that react in real-time to the music he plays during the performance.

Described as “vividly beautiful” (Hämeenkyrön Sanomat) and “enchanting” (Chicago Sun-Times), Larkhall’s live compositions ultimately aim to shed new light on how STEM subjects can be applied outside of a traditional engineering context.

Speaking about the shows Larkhall says: “It’s an experience of algorithms creating beauty instead of, like, getting us to buy more stuff.”

A spokesperson for the artist details his journey: “Born in a small mining town in Minnesota, he has since forged a career out of fusing software ingenuity with his profound passion and talent for music.

“Developing ‘SingSmash’ (a game you play by singing) while at the University of Cambridge, he has also worked on developing audio-recognition app Shazam (building an audio-reactive “listening” animation). Earning coverage in the Guardian, NY Times, Salon, BBC, NPR, and MTV, his technical work has been downloaded over a billion times (and counting).”

Adopting the moniker Larkhall as creative outlet for his music, he released his first album of compositions in 2016. From there, his 2019 album ‘The Sea Was Never Blue’ hit #2 on the UK iTunes Classical Chart, and introduced his signature style of musically-reactive visuals.

“To date, his algorithmic video installations have also been screened at The Shanghai Expo, Museum of Rome, and Finland’s Arteles Centre (for which he was awarded the Ritari Hyvämielksi, a Finnish ‘cultural knighthood’.)”

In 2022, Larkhall returns with a sublime new collection of songs, ‘Say You’re With Me’. With shades of neo-classical artists such as Nils Frahm or Max Ritcher and the nu-soul / minimalism of Go Go Penguin, the album presents 11 piano-led instrumentals that are at once described as masterfully understated and technically complex, while always retaining a magnetic sense of melody.

Beneath its pristine and peaceful surface, the album finds an artist contemplating on themes of mental health (or more specifically, men’s mental health) as well as, on a more personal level, using the music to create a space in which Larkhall could understand and care for his own mental well-being.

As Larkhall explains: “After my second child was born, I found myself really struggling. I mean, sure. Everyone must struggle, a bit, when their life suddenly and drastically constricts, radically reconfigured to comprise half of a team whose efforts revolve solely around caring for a newborn and a toddler. I never thought to call what I was experiencing “depression”.”

Finding solace and space to heal in composing new music, the creation of ‘Say You’re With Me’ proved to be a very literal kind of therapy. Guiding him through the darkest of times, the record stands as a testament to Larkhall emerging the other side with a revitalised outlook on life.

“‘Say You’re With Me’ is described as an open call, an invitation to others struggling with mental health: to feel okay with not being okay, to assess how you’re doing, to ask for and receive help, to prioritise caring for yourself, and to know that doing all of this can help you become better, calmer, more open and confident as a person, an artist, a partner, and a dad.”

‘Say You’re With Me’ is released on 24 June 2022. Offering a unique opportunity to hear his latest work partnered with his patently vivid and vivacious algorithmic projections for the first time, Larkhall will be touring the album at these intimate settings across the UK as follows:


For more information, go online to

“A new exciting voice on the contemporary scene”

“Charlie’s work was not only more than I expected; I hadn’t realised that some of his ideas were
possible to execute.”
— Matthew Duvall, eighth blackbird

“I am hugely impressed with Charlie’s very evident talents as both a musician, performer and coder, the fusion of which has led to highly innovative, unique and moving performance art.”
— Jonathan Robinson, ThinkMusic / Help Musicians