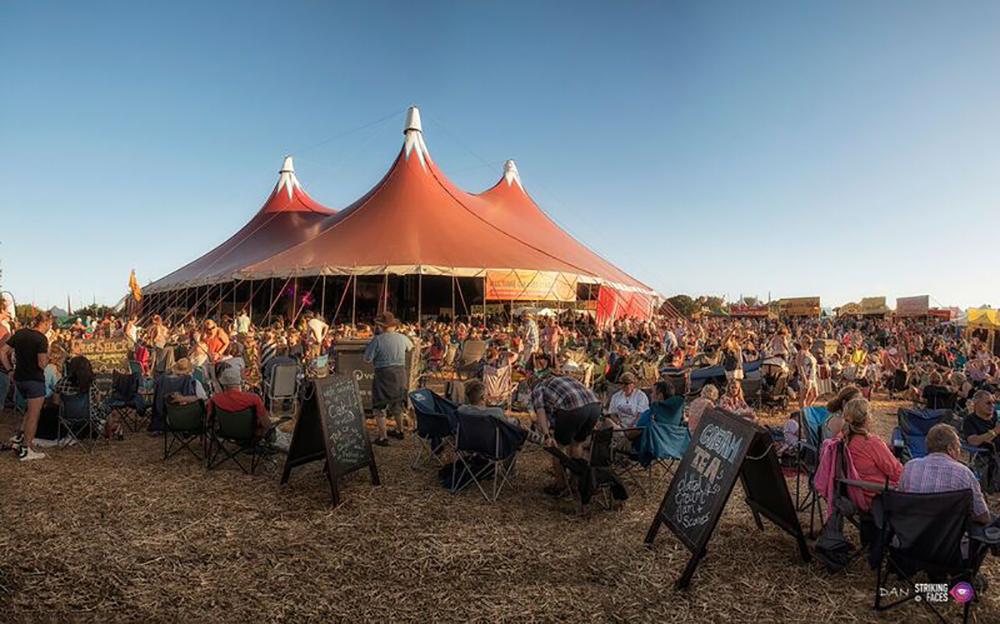 The Saw Doctors will celebrate 30 years of touring the UK on 5 August when they play an exclusive summer show at Wickham Music Festival.

Due to covid restrictions and other distractions, the Wickham Festival concert will be The Saw Doctors’ first UK gig in five years.

Back in 2017, the popular Irish band sold out a ten date UK tour that included multiple sell-out shows at London’s Shepherd’s Bush and at Glasgow Barrowland.

“To quote the John Belushi’s character Jake — “ We’re putting the band back together”.

“What a relief it is to go playing live again after two years of covid.”

A spokesperson for the band says: “Over the years, The Saw Doctors have built up a reputation as an unmissable live band. Famed for their unrelenting energy, their live show is still performed with as much passion and fervour as their legendary small-town gigs 30 years ago in Ireland.”

Their date at the Wickham Festival is a major coup for organisers as this will be the Irish band’s sole festival appearance of 2022.

The boys from Tuam recently announced four big UK shows in the run-up to Christmas but Wickham fans will get an exclusive preview as they will be headlining on Friday 4 August.

Organiser Peter Chegwyn said: “We are delighted they are swapping their beloved N17 for the M27 to play the Wickham Festival.

“The Saw Doctors are long-standing favourites here and the response has been amazing with ticket sales taking a real boost with fans eager to see their return to these shores after so long away.

“They have had a four-year break from touring, partly because of the pandemic. But now they are ready to hit the road again. As soon as we heard they were playing live once more, we put in a call to persuade them to come over specially for us.

“It is a huge deal for us to get them and we are thrilled they agreed. I know other festivals wanted them but I like to think they chose us because of our unique atmosphere and the fact they always get such a good reception.

“Our regulars absolutely love them because they always put on a fantastic live show with a real party feel and there is already a real excited buzz about the fact they will making their return at Wickham.

“Their four shows in November and December are already heading for sell-outs and it looks as though our Friday night may now follow suit.”

Lead singer Davy Carton said: “We are very excited to be coming back to Wickham. It is an event which is very close to our hearts – we love playing there.

“The atmosphere is very special and the crowd are always amazing. We are aiming to give them a real party. It is going to be a great night, the sort where I almost wish I was in the crowd!”

Fellow founder member Leo Moran added: “We are really looking forward to be back playing live and Wickham was an obvious choice for our first visit back to the UK. We have so many friends there and now we can’t wait to get back on stage again!”

The announcement of the Saw Doctors completes a stellar line-up which is packed with perennial favourites including the Waterboys who close the event on Sunday August 7.

Saturday will deliver high-octane shows from the Levellers, Ferocious Dog, the Undertones, the Dhol Foundation and Show of Hands while Sunday also features Gilbert O’Sullivan and the Men They Couldn’t Hang.

Chegwyn added: “It is a fantastic line-up packed with plenty of old favourites plus a lot of new bands too. It is a great mix and one which is proving popular with tickets selling fast, even more so since we announced the Saw Doctors.

“The most important thing though is the atmosphere which will remain the same as we revert to two Big Top stages now that pandemic restrictions have been lifted.

“Once again we will have a wide range of craft and food stalls, a wide selection of beers, late-night comedy and plenty of entertainment for young children. They can wander freely in a safe environment while their parents enjoy a great variety of music.”

Four-day tickets are currently on sale at £200 with Under 16’s admitted half price and Under 10’s gaining free admission.

Day tickets are also available. A weekend camping pass is £30 and parking is free. See www.wickhamfestival.co.uk for more details.