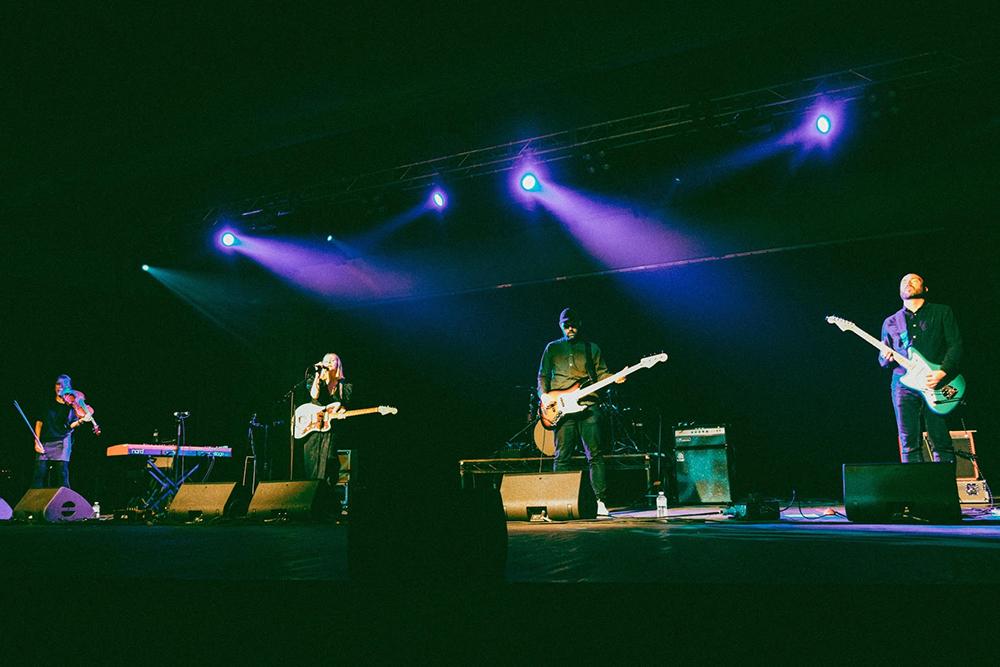 Mid-way through a headline UK tour, Lanterns On The Lake today share a new track, “Don’t Have Nightmares”. The track was created for the hit BBC podcast “Uncanny” in which The Battersea Poltergeist’s Danny Robins investigates real-life stories of paranormal encounters from ghostly phantoms through to UFOs. Click HERE to listen.

Of the track Lanterns On The Lake vocalist Hazel Wilde says: “Danny and his producer Simon were keen for us to create something simple that would fit the themes of the series and send a shiver down your spine. Lyrically, I was trying to come up with something that could cover the range of unique stories and link them all. Each episode and story is different. Some include ghosts, UFOs, poltergeists and some even touch on mental health. So I wrote it from the point of view of someone being haunted by their experience. The thought/ memory of what they’ve experienced behaves like a ghost in a way. We wanted the music to get under your skin if you were listening on headphones to the podcast. We included subtle footsteps as the percussion for the song and piano sound is warped to give it that otherworldly, unnerving feel.”

Originally formed in Newcastle in 2007, Lanterns On The Lake combine dreamy, melancholic Indie rock with beautiful layers of texture and celestial melodies that thread around intricate instrumentation.

Their fourth studio album Spook The Herd was released in February 2020 to critical acclaim and earned a place on the shortlist for the Mercury Prize. Recorded live where possible, the band’s natural touchstones of gauzy dream-pop and monumental post rock still float in the air on this album.

Spook the Herd sees Hazel Wilde’s voice and preoccupations rise to the fore like never before. In tandem, the band break new ground on a set of songs that are unavoidably direct – and crucial. Wilde does nothing less than dive headlong into the existential crises of our times, and proves herself a songwriter possessed of a rare talent for finding the personal contours to contemporary issues.

The nine songs turn the microscope to our hopelessly polarized politics, social media, addiction, grief and the climate crisis. Yet Wilde’s romantic streak is still the record’s beating heart and shines a hopeful beam of light into the darkness. The band’s sound has been beautifully winnowed into something more pared back, urgent and direct, with songs full of arresting intimacy. “Swimming Lessons” is writhing and supple as Gregory’s arpeggiated guitar dovetails with Ol Ketteringham’s pulsating drumming and Wilde’s keening vocal, while “Every Atom” rides on insistent beats which lay a bed for a warped and playfully robotic guitar line.

Lanterns on the Lake, completed by bassist Bob Allan and viola player Angela Chan, have always known how to cannily manipulate texture and space. But rarely before have they captured such sheer presence. Stripping layers away, unearthing their essence, proves to be a new alchemy as their sound is writ large at its boldest.