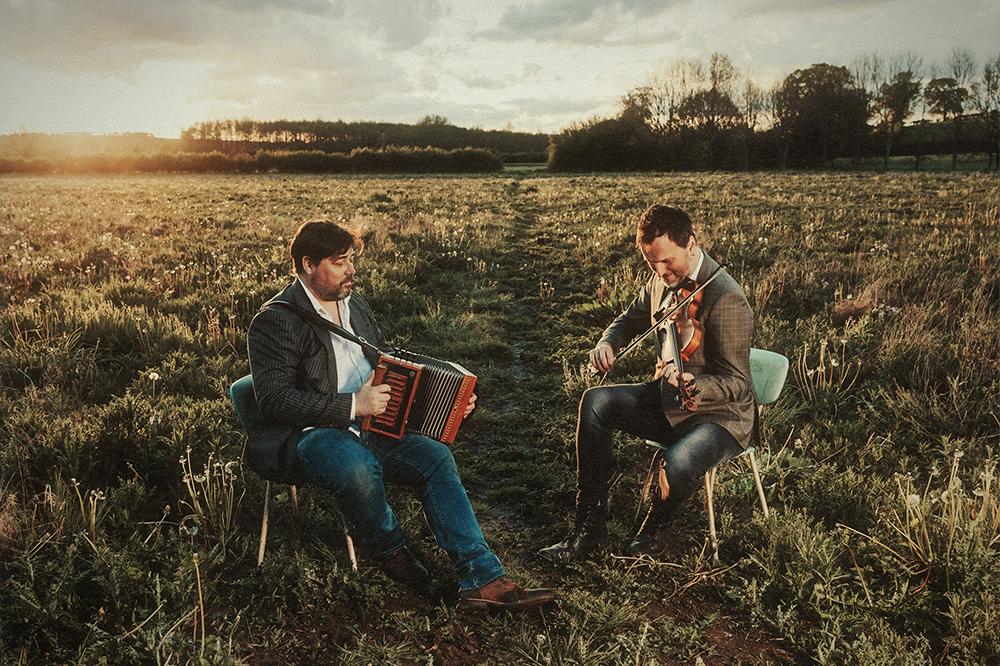 The duo will be performing at the Oxford Playhouse on Saturday, 5 June.

A full list of tour dates can be found below.

By the time John Spiers and Jon Boden had hung up their highly regarded hats as the Spiers & Boden duo in 2014, they were said to have earned a place in the hearts of the folk audience that few could rival.

Described by The Guardian as ‘the finest instrumental duo on the traditional scene’, Spiers & Boden first rocketed onto the music scene in 2001, quickly winning a clutch of BBC Radio 2 Folk Awards and went on to become one of the best loved duos on the English folk scene and beyond.

But now, after exploring solo projects, the duo is back with the album ‘Fallow Ground’ (Hudson Records), plus festival appearances and a 23 date UK comeback tour in October ’21, which included the sold out Spiers & Boden Festival at Cecil Sharp House, London.

The title ‘Fallow Ground’ is not only a reference to the duo’s choice to put Spiers & Boden to one side for a time, but also, to the huge impact that the pandemic has had on live music.

The decision to return with an album in 2021 was made pre-pandemic and as a result ended up being recorded between lockdowns.

A spokesperson for the duo said of Fallow Ground: “It is an album bursting with ideas as well as a new-found confidence to let the material speak for itself.”

‘It’s all exquisitely played – the pair are still the dons.’ The Observer

‘Boden’s impassioned singing brings fresh life to little-heard songs, along with the perfectly balanced pairing of his fiddle with Spiers’s melodeon.’ The Scotsman *****

‘This is traditional folk delivered with modern verve’ EDS

’” guess we were looking for songs during lockdown with a sense of fun and light relief. I realise that there are zero songs about death on this album, which is probably a first and may get us expelled from the English Folk Dance & Song Society. Yes, traditional songs with a joyous edge.” - Jon Boden.

Despite the impact of covid-19 on live music audiences in autumn 2021, the Spiers & Boden tour went on to numerous sell outs and ‘Fallow Ground’ reached number 3 on the UK & Ireland Official Folk Albums chart for September ’21 and is a Mojo magazine top 10 album of 2021.

Ticket information for the Oxford tour date can be found by calling the Box Office on 01865 305305 or online at https://www.oxfordplayhouse.com/events/spiers-and-boden

[REVIEW] Carmen - A journalist’s first experience of the opera