[REVIEW] Carmen - A journalist’s first experience of the opera 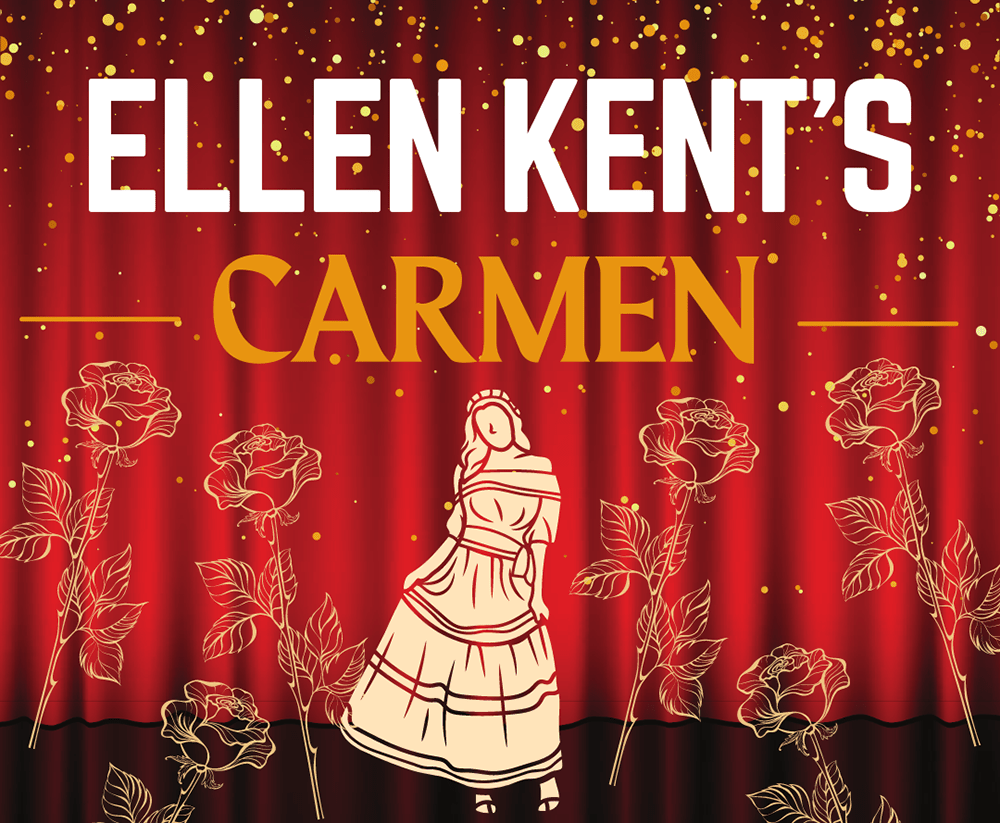 Like my headline states, this operatic experience in Oxford was a first for me.

I was not sure what to expect from the performance, and whether I could be deemed ‘cultured enough’ to understand or at the very least, enjoy Carmen.

I am pleased to confirm to those reading, that anyone can enjoy this style of theatre, and that its high-brow or fancy connotations needn’t put the average joe off.

Carmen follows two protagonists - Carmen, a sensuous and bewitching gypsy girl, and Don Jose, a soldier with a moral compass that seems to find itself spinning wildly within the smallest of breezes. Bizet’s iconic work throws the viewer head-first into the tale of the pair’s relationship, which spans the course of a good few months before a tragic end (meaning Carmen and Don Jose are still doing better than a large portion of today’s Tinder users).

Carmen charms Don Jose with her womanly wiles and leaves him questioning where his loyalties lie – to her or to his military duties. His love for Carmen burns brightly at first, and then burns out of control when she also appears to have eyes for the charming toreador, Escamillo.

The character of Carmen is complex. She is like fire and the sea rolled into one. Her mood changes like the tide and she leaves a trail of (sometimes simultaneously) destroyed and infatuated people, burning in her wake. Later on in the opera, Don Jose sums this idea up with his lyric ‘I have lost my soul to you.’

Carmen seems to represent love and the fact that it is multi-faceted as she is a multi-faceted person. She loves and treats some kindly, but can toss others away without a second thought. Her romantic, caring, side juxtaposed with her cold and cruel side echoes the good and bad sides of love.

There are several strong themes woven throughout the story. I believe love, lust, jealousy, morality, passion, and freedom to be the most prevalent though.

See? Much more than just people stood on stage singing for ages.

In the production I attended, the role of Carmen was performed by Irina Sproglis, and the role of Don Jose was performed by Sorin Lupu. Both of these leading performers were incredibly strong, and their vocals were unbelievable. They would sing consistently and flawlessly for the majority of the duration of each act, and each act ran at around 40 minutes maximum.

Another performer I feel I must mention is Elena Dee who played the role of Micaela. Her solo number ‘C’est les contrabandiers le refuge ordinaire’ was absolutely beautiful. Micaela does not have a lot of stage time but Elena made up for this with that one solo performance. Her soprano vocals have the power of a demon-possessed, yet she sounded like an angel. I had to keep reminding myself that these sounds were coming out of another human being.

All of the cast were utterly brilliant, and it is no mean feat to sing in this other-worldly fashion, as well as acting believably as your assigned character.

Bizet’s Carmen also includes some of the best-loved melodies in opera - The Habanera, the Seguidilla, The Flower Song, The Chanson Boheme and perhaps the best-known baritone aria of all, The Toreador’s Song. Google these titles – you are bound to recognise at least one.

The work of art is written and performed in French, and the story is set in Spain. I know what you’re thinking – ‘But alas, Mon Dieu Jessica, do you even speak French!?’ No. I’m afraid I am monolingual – but this did not matter.

Two convenient, digital, ticker-tape-style rectangular screens appear a couple of metres above the performers’ heads and translate all the songs for you. You simply have to look up, have a read, and immerse yourself back into the action.

In addition, the staging was done magnificently. Period Spanish architecture was brought to the stage of Oxford’s New Theatre with a huge, stone, castle-like, interior set piece that provided an unwavering backdrop for the players throughout. It stood twice or three times the height of the performers and had in-built statues, and a gigantic arched doorway that allowed an entrance and exit way.

When a change of scenery needed to be suggested, the stage hands would roll a different painted screen to peek through the aforementioned doorway. This was particularly effective during the opera’s fourth act, which is set at a bullfighting ring.

Furthermore, sat right at the foot of the stage was Nicolae Dohotaru and 30 members of the National Ukrainian Orchestra, from Kiev. Experiencing the soundtrack through a live orchestra really was a special experience. The group played mercilessly and beautifully and the sound filled the theatre.

A stand-out for me personally was the ‘Toreador Song’, performed by Racovita Petru as the charismatic bullfighter Escamillo, who was then joined by the ensemble cast. The rousing melody, with the bright costume change, and live fire batons held by two of the bullfighter’s companions, made for a real show-stopping number celebrating victory.

Talking of costume changes, Kent’s production had around three or four. They were all beautiful and the wardrobe replicated what you would expect of traditional Spanish clothing, without going caricatural. The sparkly floor length gowns the ladies wore in Act 4 really were breath-taking.

Moreover, one thing that struck me about watching Carmen, was the presence of its light and comedic moments – its pockets of humour. For example, the campy quintet performance of ‘Nous Avons en tete une affaire’ drew more than a few chuckles from the majority of the audience. Carmen’s companions Frasquita and Mercedes also bring some comic relief to the intense tale with their tarot readings in Act 3, unveiling a desire for the gold-digging of an older suitor. I believe in modern day society, they would be considered ‘girlbosses.’

When closing the show, the cast left the audience with a moving tribute to the Ukraine, as Nicolae and his orchestra hail from Kiev, and some of the operatic performers also have connections to the homeland.

The Ukrainian flag was brought forward and held high, and Nicolae and his trusty musicians played the national anthem with the cast joining in for an operatic rendition of the patriotic song. The subtitles that appeared on the rectangles above the audience had messages of support for the people of Ukraine. This had every audience member on their feet, creating a deafening standing ovation of both claps and cheers.

So if you are someone with the desire to attend an opera, but have reservations holding you back, throw caution to the wind and do it! You only live once, and there is something very special about the power of the human voice being showcased in this singing style. Oh, and who doesn’t enjoy an orchestra?

Solihull Summer Fest to celebrate its sixth year this July