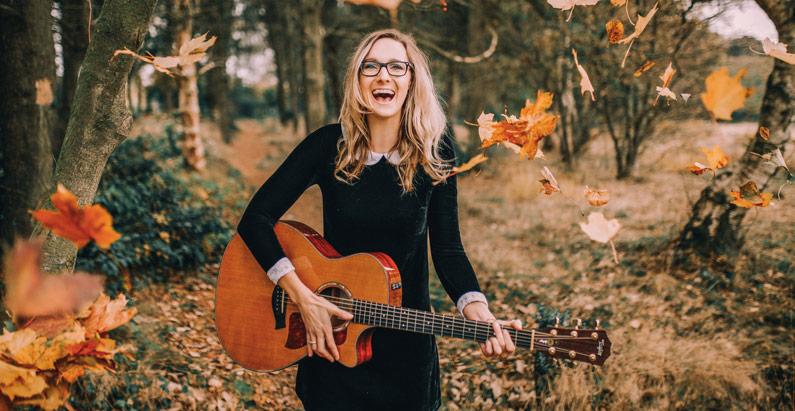 New single to be released on 2nd October

Following on from the success of her previous single Jump In (which hit well over 10,000 streams in its first weekend and was added to the Spotify editorial playlist “Very Nearly Nashville” after its strong week one performance), Emma Stevens is set to release Forever, the second track in a series leading up to a full album release in spring 2021.

Perhaps best known for tracks featuring a multitude of stringed instruments including ukulele, banjo and mandolin, Emma has ditched these for the new track and instead branched out into the world of synth pop. Forever is indeed an anthem of a song, never lacking in excitement or energy at any point!

“I got engaged!! I wrote this song about continuous, never ending, unconditional love. About loving someone in this world and whatever comes after. It’s a song about that love being the most important thing, more important than material things, about risking anything for them.”

With a clutch of successful studio albums and singles behind her, the new tracks have been an opportunity for Emma to experiment with different sounds and production techniques - perhaps more influenced by artists such as Taylor Swift, Haim and Fickle Friends than her earlier releases. Some things have not changed however - Emma’s exquisitely melodic arrangements and sparklingly pure vocals shine through as bright as ever!

Spotify users can pre-save the track now at https://smarturl.it/ForeverES and one lucky fan will win an exclusive signed copy of the single. Forever will be available across all digital streaming and download platforms from October 2nd.