Electric Six turn up the voltage at Level 3 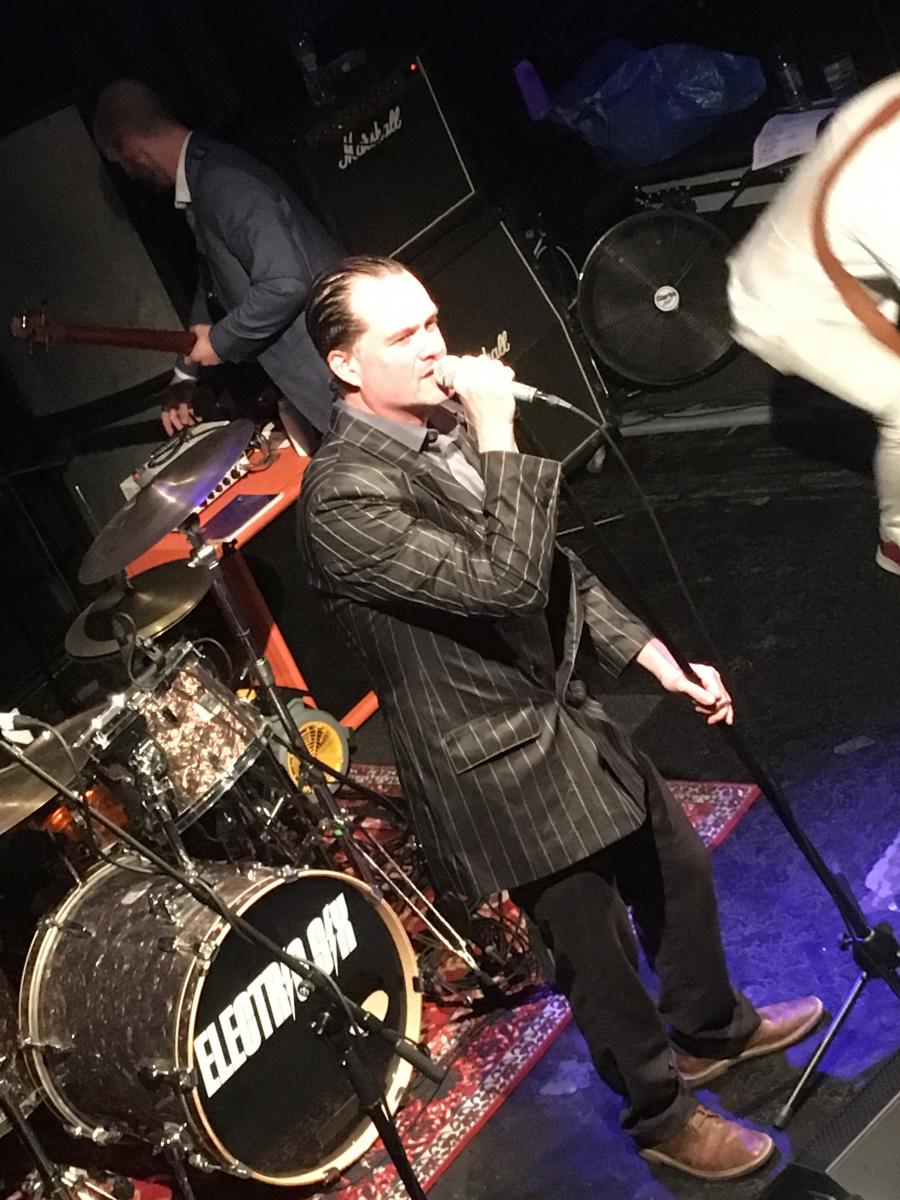 Taking to the subterranean stage of Swindon’s Level 3, the Six were splendidly decked out in road worn morning-after-the-night-before chiq - a bit of shabby gold lame here, a tatty alligator shoe there - a kind of on-the-run-from-the-Vegas-mob look.

Frontman Dick Valentine, his hair slicked back like a wall street trader, revealed that this was his first trip to Swindon having passed the jewel of Wiltshire on the M4 numerous times on the Oxford to Bristol corridor over the past 15 years since Electric Six found mainstream success with their 2003 release of Danger! High Voltage.

And he spoke fondly of the Chieveley services before launching into ‘Down at McDonaldz’.

For a Thursday night in Swindon there was a decent turnout, just a shade under packed out..

They ranged from those who fully committed to the Electric Six lifestyle some years ago - right up there on the front row, hanging on every word - to the more flaky fans quietly, and mostly incorrectly, mouthing along to ‘Gay Bar’ like politicians trying to bluff their way through the national anthem at the Conservative Party conference.

With Electric Six, you see a band climbing back down after having conquered the mountain of success, weary yet happy. They seem comfortable with the idea - and genuinely thankful towards their fans, patiently lingering and mingling after the show.