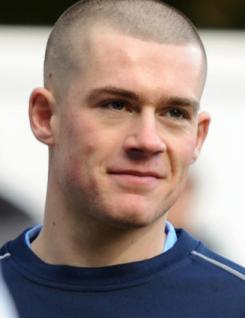 There has not traditionally been a strong Irish representation at Swindon Town but when new boss David Flitcroft made Donal McDermott his ninth signing of the summer he ensured that there would be at least one player from the Emerald Isle at The County Ground this season.

McDermott was a part of the successful 2008 Youth Cup winning side at Manchester City as a youngster and although he never made it to the first team at the City of Manchester Stadium he has experienced a number of highlights since leaving the club.

After a string of loan moves while still at City, McDermott played at Huddersfield and Bournemouth before returning to Ireland to play for Dundalk in 2014. He only managed 12 appearances but was part of the title winning side and also got to play in the Europa League for the Lilywhites.

More recently McDermott was a regular starter for Rochdale and although never a high scorer was an important member of the squad. After impressing in a number of pre-season friendlies, David Flitcroft signed the midfielder and the Irishman seems to be settling in well in Wiltshire.

A strained ligament in his foot kept him out of the first game of the season – the impressive away victory against Carlisle – and although he had recovered in time, he was not part of the squad for the Carabao Cup defeat at the hands of Norwich.

McDermott was handed his debut for the match against Exeter in the second week of the season and played the first half before being substituted at the break. He got just over an hour in the Checkatrade Trophy game against West Ham U21s and an impressive performance against the young Hammers made it an easy decision for Flitcroft to start the Irishman again against Morecambe.

The game against the Shrimps was McDermott’s finest game to date for Swindon. A powerful display in the middle of park was capped off with a thunderbolt of a goal early on in the match that gave Town all three points. The win kept the unbeaten league run going and sent Flitcroft’s men to the top of the table.

Donal McDermott may never have been too prolific for any of his previous clubs – in fact he has never managed to get more than five goals in a season in the entirety of his career – but playing as part of a midfield three or four behind the front line has given him the chance to get forward himself.

His shooting ability has really come to the fore in the handful of games he has played in so far and looks like a great option when it comes to free kicks around the box.

David Flitcroft has seemed to go for a mixture of experience of youth so far this season and McDermott has certainly brought some know-how to the middle of the field. The club are expected to challenge this season after the disaster of last year - and so far it is looking encouraging for the Robins.

With an extended run in the first team – with the hope that he avoids any further injuries – Donal McDermott can be an integral part of what could turn out to be an immediate return to League One. But for now Swindon will make do with a few more goals like the one against Morecambe.

A new sci-fi publication by Wiltshire author where "The Hitchhikers Guide to the Galaxy meets RuPaul‚Äôs Drag Race.‚Äù