A new sci-fi publication by Wiltshire author where "The Hitchhikers Guide to the Galaxy meets RuPaul‚Äôs Drag Race.‚Äù 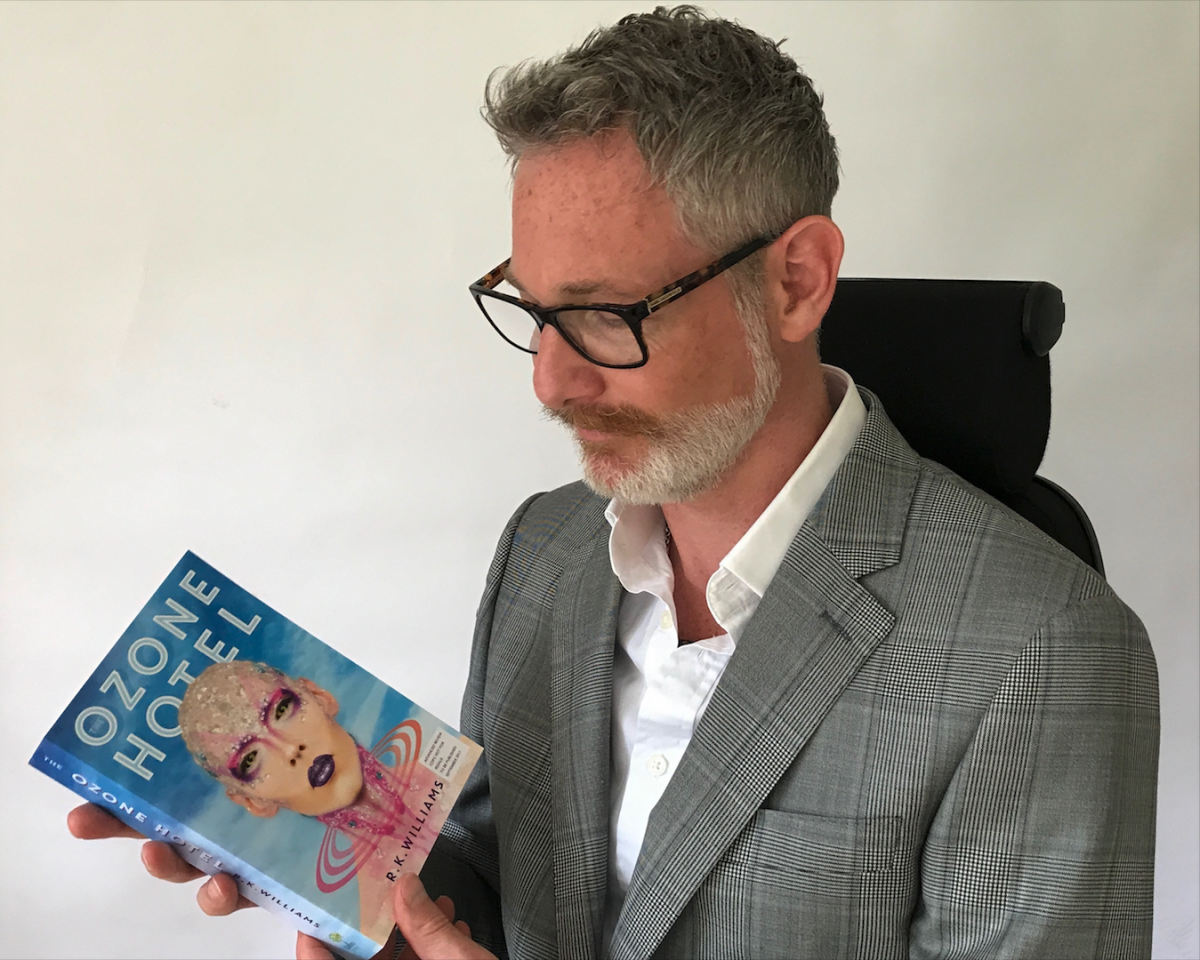 This autumn the world is about to be granted its very first glimpse inside the Ozone Hotel. This innovative gender-blending sci-fi novel written by newcomer R. K. Williams has already received extraordinarily positive reviews, including a camp-tastic endorsement from the broadcaster, actor and author Stephen Fry.

The story begins in 1929 when Mr Brown, a bank clerk, unexpectedly receives a Golden Ticket enabling him to travel to the Ozone Hotel, a magnificent and mysterious property floating above the clouds. Mr Brown finds himself whisked from London and embarking on an adventure which changes his life. 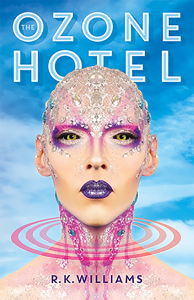 Along the way he meets fabulous quirky time travellers including Chloë Passion, Global Baby, Celeste Skyworld and the Vandeyla twins. He also encounters the evil tyrant Lucy-Fur Quimm, a villain from the 32nd century, who wants to destroy the hotel.

Stephen Fry said: “Checking into the Ozone Hotel has blown my mind, my imagination and all kinds of other parts of me too. An instant camp classic, but something more than that, R. K. Williams plays with science-fiction conventions, gender, character and big ideas with wild, colourful and lovable virtuosity.

“A Barbarella and Myra Breckinridge for the YouTube generation, The Ozone Hotel gets five stars on AcidTripAdvisor. R. K. Williams is a name to watch out for.”

R. K. Williams said: “The Ozone Hotel is a place where quite simply, I would love to go. The kernel of the idea came from my student days in Leeds where like-minded friends would meet in the Palm Court lounge at The Queens Hotel. It became a salon of creative people who all dreamed of a better life.

“Curiously enough the characters lived and grew with me over the years. I started writing an early draft of the book in the mid-nineties in London. Yet in real life things changed forever in 2007 when I was diagnosed with M.E./Chronic Fatigue Syndrome.

“Confined to my bed, I was to remain there for three years, and my imagination was all that was left in that dark place. The characters kept me company and it was there, during those ten years of illness, that I decided to complete the book.

“I very much believe The Ozone Hotel is a metaphor for creative freedom. While there are intricate plot twists which I hope will please sci-fi geeks, it has lashings of glitter and glamour too.”

Publisher, Vicki Watson of Callisto Green, said: “The book is a fabulous and flamboyant antidote to everyday life, a little bit of frivolity in what can be an overly serious world. R. K. Williams is an author full of sparkle, wit and imagination, and I smiled all the way through reading the manuscript. Everyone needs a trip to the Ozone Hotel!”

The Ozone Hotel will be published September 15 this year.

Misfires hit The Vic for an indie-takeover in Swindon