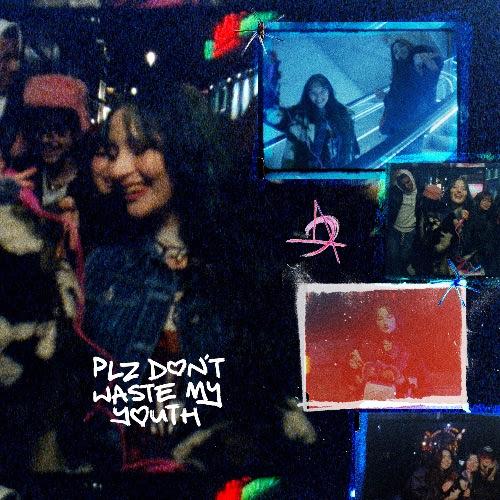 Still just 19-years-old, Au/Ra has already achieved so much. With over a billion streams to date, 7.5 million monthly listeners at Spotify, and two UK chart hits (‘i miss u’ with Jax Jones and ‘Panic Room’ with Camelphat), the German/Antiguan artist is now poised to become one of 2022’s biggest breaking alt-pop talents. That mission starts as she shares her brand new single ‘plz don’t waste my youth’. Listen HERE. Watch the official video HERE.

Thematically it continues Au/Ra’s creative urge to share the emotions and details of her own life experiences. From the outside, it would appear that Au/Ra has the perfect life, but ‘plz don’t waste my youth’ charts some of the industry challenges that are hidden from public view: the challenges, the expectations, the intensity.

Au/Ra says, “‘plz don’t waste my youth’ is about how young people kinda grow-up so quickly in today’s society. I think seeing everyone’s highlight reel on social media has raised expectations on us. When you turn 18, you’re supposed to have figured out what you want from life, but that’s not how it works. Personally, I sometimes felt I wasn’t getting to enjoy the time I had as a teenager, because I was plagued with the worry of being successful enough and having it all figured out. It’s not always easy to cope with, especially when you’re already an anxious person. I just really wanted to express how difficult it can feel for young people and society’s expectations of them and yell about it.”

‘plz don’t waste my youth’ is released alongside its official video. It depicts Au/Ra and her group of friends enjoying exploring the streets of London together as they share a care-free moment just like many other people of their age. The video’s grainy filter provides a nostalgic feel for a time in her life which is far from being over.

Music is in Au/Ra’s DNA. The daughter of two German musicians, she was born and initially raised in Ibiza before the family relocated to Antigua. She wrote her UK Top 30 breakthrough single ‘Panic Room’ when she was just 15, which also enjoyed a resurgence as it trended on TikTok and has now exceeded 250 million streams. The original version of the song reached Platinum status in the US with over a million sales.

That was quickly followed by the Alan Walker collab ‘Darkside’ which was bigger still as it reached a remarkable 500 millionstreams. Her biggest UK hit to date came in 2020 with ‘i miss u’ with Jax Jones, a Silver-certified UK Top 25 hit which shot to #9 on the Billboard Dance Chart. Further features have included Don Diablo and Cheat Codes, and last year saw her drop her nine-track EP ‘Soundtrack To An Existential Crisis’, which included the tracks ‘Screw Feelings’ and ‘Bite Marks’.

Au/Ra’s songs have also been sought after for high profile syncs. ‘Ghost’, her second collab with Alan Walker, featured on the soundtrack to the hit game ‘Death Stranding’ which was created by Hideo Kojima (‘Metal Gear Solid’). ‘Assassin’ was then chosen as the trailer soundtrack and used prominently in the Netflix smash ‘Elite’, while ‘Panic Room’ was repeatedly used in ‘Love Island’, as was ‘Screw Feelings’.
In short: expect to hear a lot more from Au/Ra in the very near future.