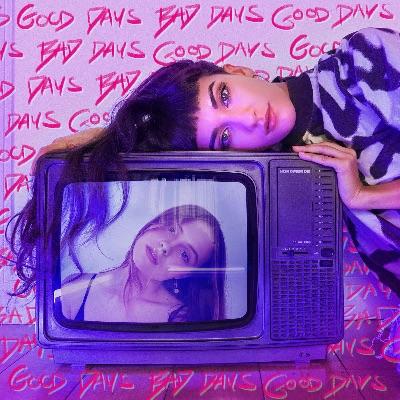 Anna Straker has released a new track entitled ‘Good Days, Bad Days’. The track, boosted by a feature from Gabrielle Aplin, will feature alongside ‘London Knows’ on Anna’s new EP ‘Growing Pains’ out this November.

‘Good Days, Bad Days’ is a captivating fusion between an immediately addictive earworm and woozy, experimental alt-pop. Elevating from a spacious and radiant beat, the song builds towards an electrifying drop as the two artists’ vocals illustrate their connection. Anna’s instinct for exploring issues which relate to her generation resonates again. This time, it’s about accepting that bad times will inevitably pass for something better - an apt reminder in our current uncertain era.

You can listen to the new track here.

The track is accompanied by a video which reflects the meaning behind the song, featuring raw footage that both Anna and Gabrielle have filmed over the past two years. It reflects real life, revealing true moments of happiness and sadness experienced by both artists.  You can watch the video by clicking here.

Anna explains, “I wrote Good Days Bad Days during the recovery from my sexual assault. It is a kind of positive affirmation to help centre and ground yourself on days when your mental health gets the better of you. I want to remind people of their best moments to help them through their worst ones… I actually recorded the vocal for this on the day I was fired from my job! I want this EP to really showcase the issues surrounding mental health with honesty and sincerity, as I know so many people that suffer. I hope it helps to know that we all experience these ‘growing pains’.”

Gabrielle adds, “I’ve always admired Anna as both a producer and writer as well as an artist and I’m really happy to be featuring on GDBD. I loved the song as soon as I heard it!”

Anna Straker’s trajectory demonstrates that artists can flourish against the contrasting experiences of good and bad days. She earned a big break in her teens when producer Mike Spencer (Years & Years, Emeli Sandé) discovered her and invited her to contribute to projects including Rudimental.

That in turn resulted in the release of her debut EP ‘Serious’, which gained early praise from Annie Mac at Radio 1 and resulted in sets at Glastonbury and The Great Escape. But there was some time away from the spotlight, before Anna returned in style with a single-minded rush of electronica-inspired escapism and a sucker-punching pop streak