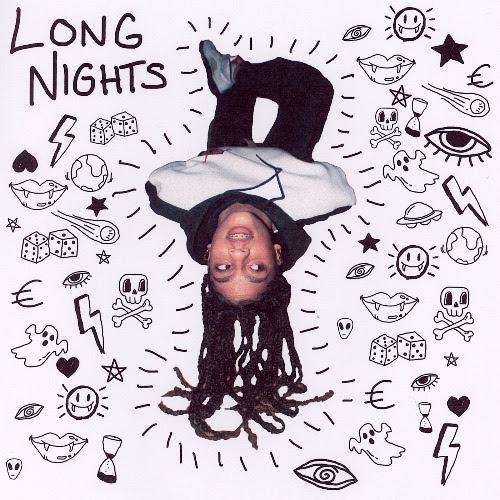 Aby Coulibaly followed her visionary debut ‘Taurus’ with her second track ‘Maybe’, and in the process boosted her buzzworthy reputation with praise from Complex, Gal-dem and Wonderland. Her playlist support continues to gain traction, with highlights to date including R&B UK, dazed and Boho + Chill at Spotify plus Chilled R&B at Apple Music.

That burgeoning reputation will continue to flourish as Aby now shares her latest release ‘Long Nights’. LISTEN HERE. Her sublime tone is again the beguiling focal point of the package and she adds another dimension to her multifaceted vocal with a coolly enunciated rap that provides a touch of her Irish accent to a flow that has international appeal.

The song’s production, by Moyo who is also a member of Chamomile Records, provides the foundation for Aby to excel with snappy beats, resonant rolling bass and soft waves of keys adding to its modernist take on R&B and soul.

‘Long Nights’ also reiterates Aby’s ability to scrutinise the nuances of sensitive situations. Issues of blame and deflection surface as a relationship breaks down but Aby confidently affirms that it’s a conflict that she can rise above.

“Long nights is about women who tear each other down instead of lifting each other up. I wrote it the day after I had a weird encounter with a girl who treated me badly for no reason and it was so crazy  because she actually didn’t know me.. The song was inspired by this encounter and it made me think about women competing with each other instead of empowering each other.” says Aby.

That quest for independence also led Aby to form her own label, Chamomile Records, late last year. Working to the philosophy that it’s all about the music, the label is home to another rising Irish R&B talent in the shape of Monjola.

Still just 21-year-olds, the Dublin-based Aby Coulibaly’s alternative R&B is flavoured by a wider range of influences. Think how Erykah Badu and Lauryn Hill find empowerment in expressing vulnerability but with some of the unorthodox sonics of James Blake and Empire of the Sun. Music has been her passion since childhood, with songwriting offering her a creative outlet that can unload her anxieties and frustrations.