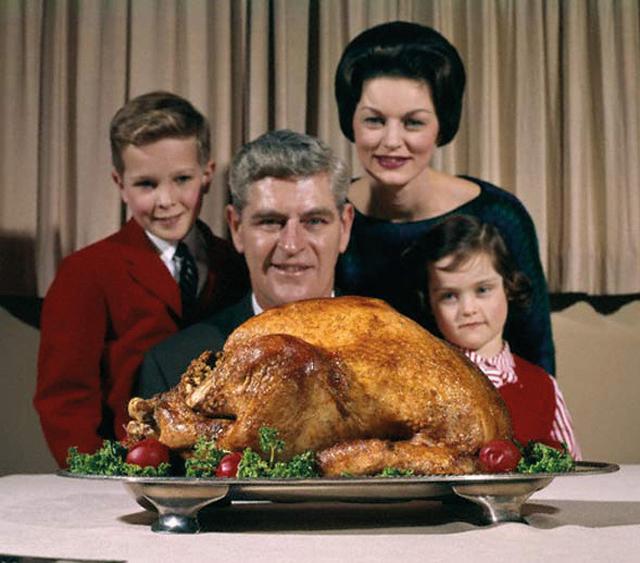 It’s a big old slab of bland protein. The best thing you can say about it is that it’s like tofu – in that it’s quite good at taking on the flavours of everything else around it.

If I was asked to imagine what we might be eating in the year 3034 – when we are all eating simulated ‘food’ from giant orbiting labs –  I’m pretty sure it would be exactly like turkey breast.

So why does it feature as the centrepiece for most people’s Christmas lunch?  In this country, we buy around 10 million turkeys each festive period.

But the consumption of turkey on such a huge scale didn’t happen until relatively recently. Turkeys were generally thought of as a luxury until the 1950s  when they became more widely available.

That said, people with more money than taste have been scoffing turkey for hundreds of years – with the first being brought to Britain in the 1520s from Mexico via traders from the middle east. Hence the name turkey.

It is thought that King Henry VIII was one of the first to chow down on turkey on Christmas Day – most probably half eating an enormous drumstick before throwing it over his shoulder and demanding someone chop his current wife’s head off.

The turkey eating trend took off with the Tudors and began to spread to those who could afford it.

Two centuries on, turkeys were still quite exclusive, with rabbit, goose and beef still the preferred festive dish among Victorians. And frankly who can blame them?

But it was gradually catching on as an alternative, increasingly being referenced in popular culture. In Charles Dickens’ A Christmas Carol, published in 1843, Scrooge sends Bob Cratchit a massive turkey to replace his goose.

It was finally the industrial revolution that brought turkeys to the masses – with the arrival of railways, refrigeration and intensive farming.