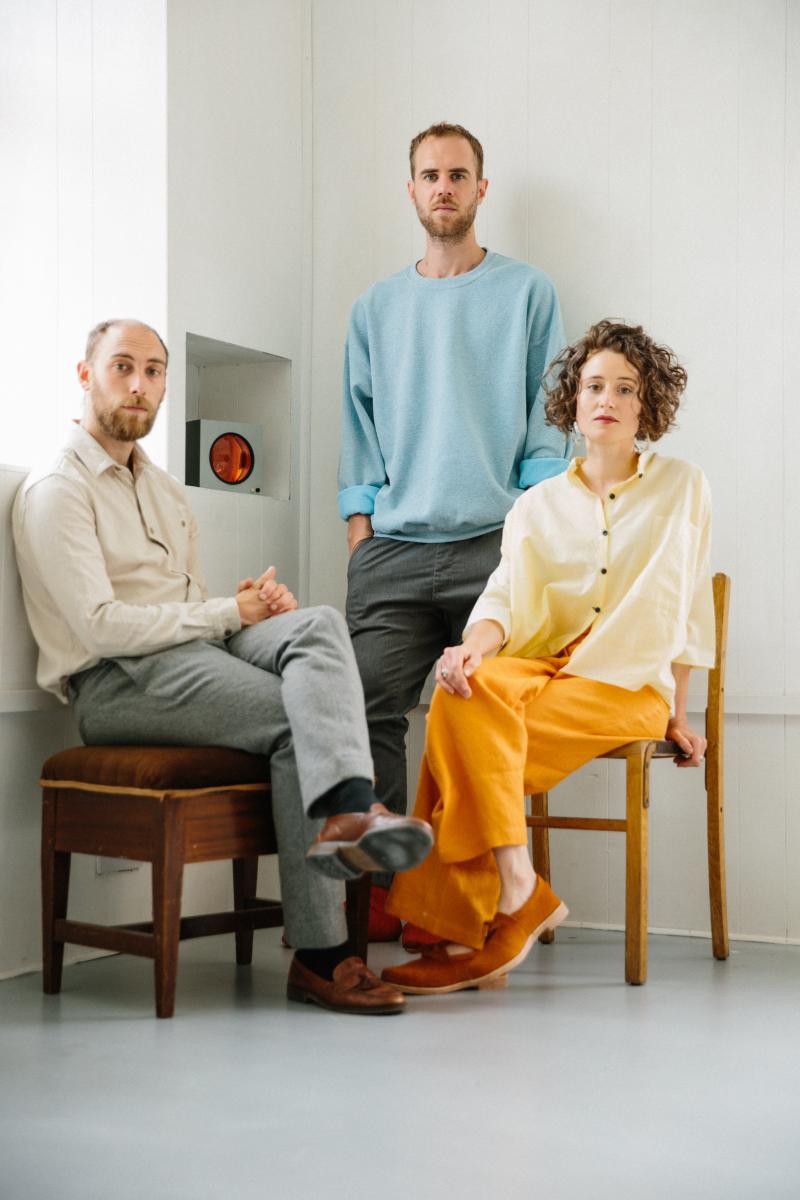 An idyllic nature reserve is the backdrop for a headline bill of stunning proportions. Studding the topline on The Main Stage supported by BBC Sounds: Mercury-nominated South London rapper Loyle Carner lays down his earnest poetry bedded on acid jazz, experimental electronic giants, Foals, provide the seismic Saturday night cornerstone and one of the most important bands of the 90s: the legendary Supergrass close the show on Sunday as part of their epic 2020 reunion tour.

The Atrium supported by Time Out is the beating art-heart; the flagship canopied stage provides the scene for a renowned spectrum of performance, music, dance and participatory spectaculars, all specially devised by pioneering collectives and artists. Wilderness are thrilled to welcome back Letters Live, the infamous celebration of the written word, who bring their top-secret bill of A-listers year-on-year to perform the finest correspondence ever written. Ben Kingsley, Olivia Colman, Russell Brand and Benedict Cumberbatch have all made surprise appearances in previous years.

Jazz institution Ronnie Scott’s return to deliver their cutting-edge musicians to The Atrium for more existential jazz moments at the hands of the masters. Meanwhile, Too Many T’s inject a hit of Brit brat rap to proceedings with buoyant, playful, tongue-in-cheek lyrics, teaching us not to take life too seriously and dance wannabees can throw their hat in the ring for the Wilderness’ Got Talent tournament hosted by the raucous Dance Off Crew. Our very own 27-piece house band, The Wilderness Orchestra, will also return featuring a stellar cast of guest singers performing new arrangements of audience requested classics.

Wilderness are the pioneers of festival banqueting, and as ever, deliver a mouth-watering line-up comprised of leaders in the global food scene. Thursday’s Long Table Banquet continues the Woodfired and Friends series, with Smokestak’s David Carter joining Cornwall’s Woodfired Canteen to cook up a storm for the opening night family feast. Irish chef Richard Corrigan is lauded as one of the greatest chefs of his generation and has received praise from some of the fiercest food and restaurants critics in the land. He hosts Friday’s prestigious Long Table Banquet. Skye Gyngell, star of the very first Wilderness and founder of Spring, returns to Cornbury Park with an all-star cast of some of the hottest chef talent in the UK. While Sunday is topped by the legendary Fergus Henderson and Trevor Gulliver of St. John fame in the ultimate nose-to-tail celebration to close Season Ten.

The intimate Chef’s Table is perched on a hillside overlooking a lake. Here you’ll find incredible food cooked before your eyes at an intimate restaurant under canvas - a one-of-a-kind tasting menu from the finest chefs of the moment. This year’s line-up includes Brad Carter of the Michelin star Carter’s of Moseley and Damian Clisby of Emile, with more to be announced.

The Wilderness Field Restaurants are in the safe hands of festival-goer favourites: Angela Hartnett’s impeccable Café Murano and the gorgeous purveyors of seasonal delights Petersham Nurseries. Homeslice are back with their wood-fired delights for sit down or take-away feasting and Patty and Bun return with their winning beats and burgers formula.

As the sun sets on Cornbury Park, The Valley flickers to life. The open-air dance floor beneath the trees will be presided over by Canadian born, Berlin-based producer Jayda G on Saturday. Her infectious energy behind the decks has catapulted her to international stardom. Manchester based, Homoelectric, join her to take over the Valley for one night only with their “non-stop exotic disco for homos, heteros, lesbos & don’t knows.” Full After Dark line-up to be announced.

Wilderness’s eclectic venues provide a bricolage of genres and music of all flavours. The Level serves hot and fresh music from around the globe and is headed up this year by ‘Afro-futurist’ Auntie Flo - the Glasgow artist who offers a gateway to lesser-known strands of music that need exploring. Catu Diosis (Nyege Nyege), who will be making her UK debut at Wilderness is a Kampala-based DJ and producer that rocks out afro-inspired bass music, while Beating Heart splice afro flavours with house, techno, soulful beats and bass, using archived material to revive ancestral sounds. The label founders’ hugely hyped DJ sets (now performing as ‘Saronde’) have been smashing dancefloors across the globe. London Astrobeat Orchestra comprises some of the finest West African session musicians alive. With legendary band leader and bassist Edd Bateman hosting rhythmic influences from Senegal, Guinea Conakry, Mali, Cameroon and Congo. Featuring Lingala singer and soukous aristocrat ‘King Fire’, blues rock and astropheric soundscaping guitarist and vocalist ‘Julian Burdock’, Guinean Master Griot kora player ‘Mosi Conde’ and many more. Kate Hutchinson flies the flag for Gilles Peterson’s Worldwide FM with an eclectic DJ set, Poly-Ritmo (Netil Radio) brings grooves old and new in her selections and None More Records (Soho Radio) throw down infectious grooves to make The Level move. Expect everything from Afro-Brazilian jazz to dancefloor soul and jazz-focused electronica.

As fresh as it is flamboyant, The House of Sublime is the venue celebrating transformation, self-expression and diverse identities.  From award-winning cabarets to contemporary drag, progressive parties and everything in between, enter the world of the fabulous and the unexpected. Prepare to strut your stuff, dance till you drop and find your fierce. This year, the seminal Soho institution Madame Jojo’s - famed for risque burlesque - takes the reins for a party of entirely new proportions. International burlesque siren Missy Fatale brings her own take on a cabaret show. Jonny Woo will be hosting Gayzpacho - the Spanish-themed LGBTQ+ night that originated at his queer East End boozer, The Glory. Expect Euro-dance beats, trashy Spanish pop; drag queens snap fans and hot boys in speedos wrestling in a pool of chopped tomatoes. The show would not be complete without Alternative Miss Wilderness, hosted again this year by impossibly upbeat crew The Providers. Meanwhile, Roundhouse return with a selection of their freshest theatrical works from young creatives and Live Art Development Agency / The Vagina Museum bring you ‘Bajingo Bingo’.

The Jumpyard returns anew with big bands and even bigger beats. Curated by UK festival impresarios Continental Drifts & Global Local, this is feel-good, festival partying at its upfront best, with performances of increasing wildness. Sunshine tunes and late-night stomps, brass and bass, magic and mayhem. This year, the impossibly energetic Sam and The Womp bring their dub-drum ‘n’ bass-big-brass for a headline show, Gypsy Hill play an intoxicating mix of Balkan brass, Mediterranean surf rock, ska swing - all augmented with a scratch DJ. UK and skiffle-pop rascals Thrill Collins will be on hand to bring a massive sing-along to Wilderness and the Brass Rave Unit unite to shake, rave and roar.

Late night dancefloor, The Hustle shakes its money-maker, catering for the naughty corner with trademark, sweat-drenched prime time beats and daytime vinyl sets resplendent in the cocktail garden. Those in search of the underground can sniff out the secret bars for late-night fun and extreme high jinks. The Troubadour is the outdoor folk roots stage curated by four of the most legitimately embedded folk promoters you’ll find: Woodburner, Under The Apple Tree, Cut-A-Shine and Front Room Songs. Discover magical new acts to blow you away.

The sprawling music and arts proposition comes with a side of silliness, as games, theatrics and mass participatory escapades ring out across the Village Green. The Club House is the capital of all things silly. Their Sports Day hosts are famed for their off-the-cuff comedy and relentless energy. The Grand Irrational horse race returns for another year of horseplay and human dressage. The Wilderness Cricket Match hosted by Bearded Kitten is the original festival cricket fixture, featuring a swelling line-up of heroes, villains and dubious umpiring decisions.

The Sanctuary is the capital of calm, nourishing body and soul in myriad ways via a varied schedule of workshops, workouts, talks, yoga classes and meditations. The blissful wood-fired Lakeside Spa is your own slice of utter paradise for those in search of pampering.

The programme for families is as colourful and imaginative as ever, with Cornish theatre troop Rogue Theatre delighting all ages with their woodland shows, Storystock, the travelling story circus and The Flying Seagulls all returning to spread light, love and inspiration.

There is a return to a celebration of classic Wilderness traditions. A nod to old school origins. The programme is inspired by the landscape and the natural world and as such is a true celebration of the wild, of adventure and of wilderness itself. Dive in the lakes, roll in the grass, ride a bike through the forests, camp under the stars and then dance like there’s no tomorrow to some of the mightiest sounds on the planet. After all, that is what Wilderness is all about.