When east meets west - was the casting in Ghost in the Shell whitewashing? 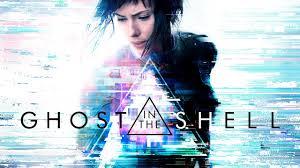 Are You Talkin’ To Me?

A Film column by Jamie Hill

Okay, I’m just about to delve into a complex cultural issue and hope that I manage to navigate my way through without being offensive or ignorant. So what is this minefield I hear you ask?

Well, it is whitewashing and cultural appropriation. Specifically I’m talking about western casting choices for Far Eastern projects like Ghost in the Shell with Scarlett Johansson and Matt Damon’s starring turn in the The Great Wall.

Firstly, I’ve been a great fan of anime all of my life and loved the Ghost in the Shell manga comics as well as the anime films. And before I say more, I should say that I’ve watched Ghost in the Shell and thought it was visually spectacular and believe there was an injustice done to it because of the whitewashing debate that surrounded it and hurt its box office returns. But I’m a westerner so what do I know?

Some would argue that as it’s an adaptation of a Japanese manga it should have cast a Japanese actress but her character The Major being essentially a mind put into a ‘shell’ could have easily been put into a shell of any nationality and the original comics and anime are quite clear on that with the character having a western appearance in the source material. So in that respect I have no problem with the casting. And from a purely financial point of view as they try to sell the material globally it’s easy to understand why they would cast one of the top action actresses of the day in the role.

But, and this is where the issue gets a bit blurry, is the character from the source material, which seems westernised in our eyes, actually Japanese in the eyes of the Japanese? The characters in anime are drawn in a deliberately unrealistic style with eye size and hair colour not really having much to do with it as they would still be seen as Japanese by the Japanese.

But at the same time one cannot underestimate the impact of Western culture on Japan before World War II and after as well. Before the war, European fashions and American music was popular. What’s more, they were held up as something that was “modern”. The US Occupation brought a flood of American pop culture — pop culture that had been banned during the war.

So, it’s either a bit racist to say it’s not racist or it could even be racist to suggest it is racist as it is most probably not. I’m going to defer to the creators of the anime on this one who have vocally announced that Scarlett Johansson was perfect casting and that it’s not racist in the slightest.

In my opinion the argument about The Great Wall is a lot clearer. It’s a Chinese production directed by Zhang of House of Flying Daggers fame. They cast an American actor to act as a western gateway into the film to try and get the western audience on board. Like Matt Damon’s character it was a pure mercenary decision.

When west meets far east we still have a good few choppy waters to navigate and I’m sure this won’t be the last we hear of this particular issue. But in each case we should all at least see the movie before passing judgement.

Knee-jerk reactions and backlashes never help especially when there could be real issues to deal with beneath the surface.

And if you really want to rally against racist casting choices all you have to do is look at most Adam Sandler films as they’ve been doing it with impunity for years.

Fang-tastic comedy theatre at the Corn Exchange in Newbury