The Nerd's Last Word: how to stay safe in the summer. 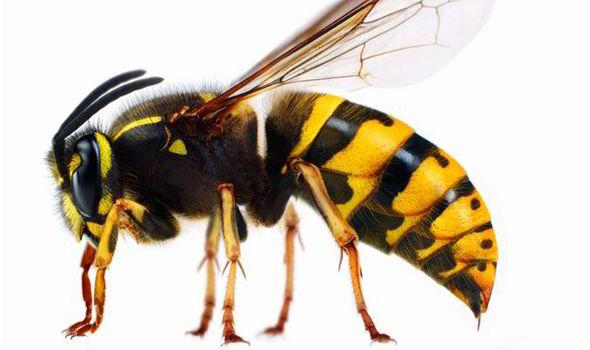 Don’t drive into things - it’s generally considered dangerous to drive your car into other objects at speed. Try to avoid this as it may harm you and other people as well as damage your sick whip. Don’t eat handfuls of colourful pills – pills are a bit like Skittles, which is why they’re so appealing, but unlike skittles, they pack a massive, psychedelic punch. If you take too many, you could overdose and start seeing talking horses and rainbows shooting out of your hands, just like skittles. Don’t wee on electricity – we get it, you’re a rebel and you play by your own rules, but electricity has its own rules and they’re pretty strict. You either follow them, or you die. [caption id=“attachment_26652” align=“alignleft” width=“335”]

A bit of electricity - it loves to travel through wee and destroy whatever it finds at the other end. Treat with caution.[/caption] Don’t fall into deep holes – deep holes are really hard to get out of, in case you didn’t know. They’re also dark, wet and full of nasty things that smell bad and want to bite you, like Piers Morgan. Don’t stare at the sun - it’s tempting. That big, cheerful warm ball just hovering up there, enticing you to gaze into its yellowy brilliance, but it’s all a lie. The sun is deceitful and is simply trying to steal your collection of expired debit cards. Don’t arrange to pick up gumtree products in secluded locations – most gumtree users are trying to rob or murder your pretty ass. FACT! Stay alert, stay sassy and carry something hard and heavy to hit them with if they try and reach for your juicy loins. A brass bust of a young Henry VI should do the trick. Don’t press on a wasp – contrary to popular belief, wasps do not enjoy deep tissue massages, but instead enjoy being left the fuck alone. Leave wasps alone. Reset your trip counter each time you refuel your car –every time you forget, a Chelsea pensioner cries. Take away memories, leave only footprints (and notes recommending where improvements can be made) – local authorities and park trusts won’t know that their grass is a bit scratchy or their beach sand a bit too coarse if you don’t tell them. Use yellow Post-Its, they’re easy to see. Don’t listen to the haters – sure, that guy might be telling you that you can’t keep running across all six live lanes of the M1, but he’s just a jealous hater. Don’t bring your daughter to the slaughter – Iron Maiden are usually reliable sources for sensible advice, but their sage words fail scrutiny here. Bringing your daughter to the slaughter may in fact cause long term emotional distress and ruin an otherwise civilised tour of the abattoir. by Michael Bosley

Can we live without technology?