Rebel without a Claus - the best alternative Christmas films 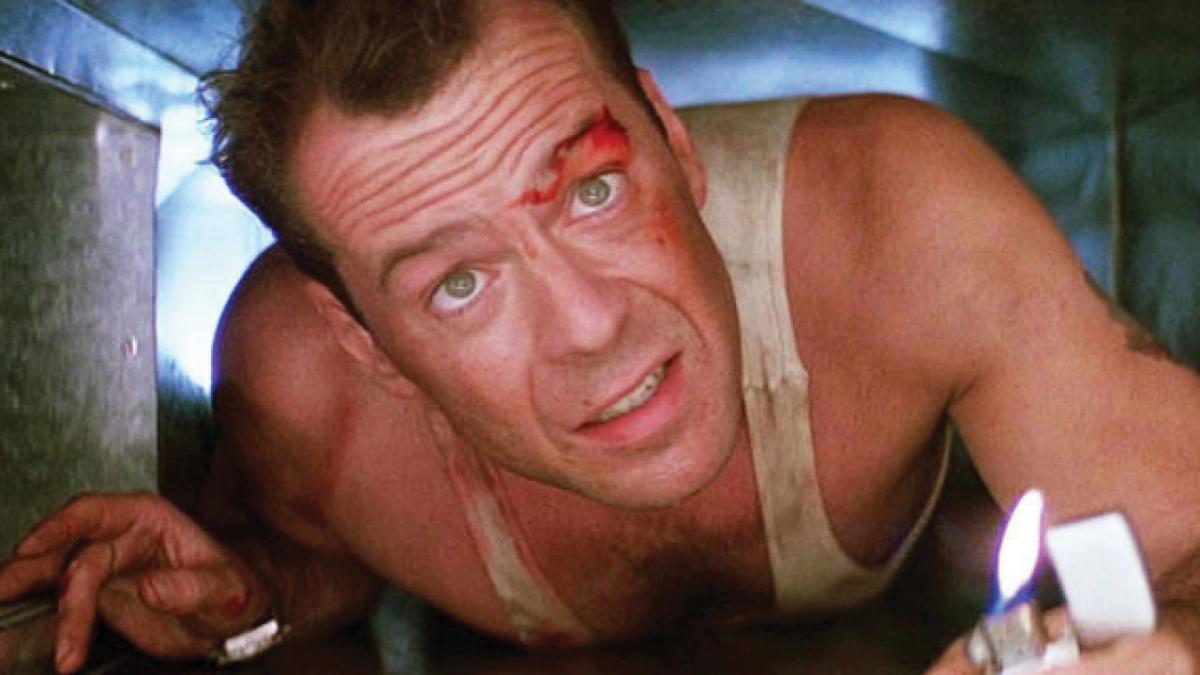 For film fans Christmas is definitely the most magical time of the year as they can totally shut out the world over the break and bask in celluloid heaven. But it’s never just about festive-themed films. Jamie Hill looks at those movies that have become Christmas musts with hardly a bauble or Santa in sight.

It was always my favourite time of year.

Every year I would excitedly wait for the Christmas TV guide to see what movie treats would lie in store for us over the festive fortnight.

It was different times. There was no Sky Plus, no streaming and just the four channels to choose from.

But in a way, having to set the video recorder or actually having to make sure I was tuned in for the celluloid treat at the actual time made it more of an event. Something special.

And although I had a real soft spot for Christmas themed films from It’s a Wonderful Life or Miracle on 34th Street, it was the other films that would be screened that would get me in a lather.

In recent times, it’s still a special time for film but now it is taken up with Pixar films, Elf, Harry Potter, Lord of the Rings and Star Wars (the new ones not the old ones as the old ones have been Christmas event films since the Eighties!).

So I’ve compiled a subjective list of my favourite Alternative Christmas films. My criteria is quite simple. Essentially it’s got to be a film that you can watch with family gathered round the ol’ telly box during the festive period but first and foremost it’s not thematically about Christmas (so, sorry Elf and Home Alone). Granted there might be a few on here that you might have to put the younger kids to bed first to really enjoy them (be warned this alternative Christmas movie list does seem to be a bit Eighties heavy). I’ve done twelve entries so that you can watch one a day during the twelve days of Christmas.

This is a film that has Christmas stamped all over it and has the greatest festive monologue ever put on the screen as Phoebe Cates describes what happened to her dad one Christmas. Black humour and soft horror is peppered throughout. This was the film that led to the global decline in Mogwai sales something that basement Chinese curiosity shops have been gnashing their teeth about ever since.

There’s so much of Christmas in this Bruce Willis in a vest-starrer that there’s hardly a frame without a bauble popping up. It’s even got the late great Alan Rickman chewing up the scenery (he shows up elsewhere in this list) Definitely one to sup egg nog to on the night before Christmas once the kids are safely tucked up in bed.

There’s just something about this lush, beautiful film from way back in 1939 that makes it a festive staple to sit around with the famalam. It really does remind you that there is no place like home as we follow Dorothy through the colourful world of Oz.

Sometimes when you’re sitting there surrounded by family you do feel that you need to escape and this film is the best antidote to that. So as you’re chewing down on your turkey leg and biting your tongue as your ‘little bit racist’ uncle Barry launches into another Brexit diatribe make like the Cooler King and chuck on this fantastic war film.

What’s Christmas without a bit of Bond. The British spy might as well be permanently placed in a Christmas stocking. In The Spy Who Loved Me we’re at peak Roger Moore at his eye twinkling tongue in cheek best. Chuck it on and bask in a world of insane stunts and smooth innuendo.

6. HARRY POTTER AND THE ORDER OF THE PHOENIX

The Harry Potter films are definitely perfectly made for Christmas family viewing and if I had a choice it would be the fifth movie that I would choose to chuck on as it was when the franchise was at its magical best.

Probably a surprise entry in this list just because it’s a sequel to a film that didn’t exactly do amazing box office but with it being set over yuletide and with Mel Gibson and John Lithgow added to the Will Ferrel and Mark Wahlberg mix it is genuinely funny and comes across as sweet but not too sweet.

8. THE EMPIRE STRIKES BACK

I like my Christmas Pudding with a bit of Han Solo in carbonite on the side. If you close your eyes in this film you can easily imagine the ice planet Hoth as the North Pole and the stormtroopers busy beavering away in their AT ATs as Santa’s helpers (which would make Darth Vader Santa himself - Well, he does feel your presents!?!?)

9. THE HOBBIT: AN UNEXPECTED JOURNEY

Snow White only had seven but JRR Tolkein went the whole hog with 13 dwarves. There’s a sense of fun in this film that is missing from the more adult Lord of the Rings films. This is a film made with love and passion with Martin Freeman stealing the show as Bilbo Baggins.

Nothing says Christmas more than a depiction of a destroyed world that has suffered environmental collapse with humanity reduced to fat blobs on an orbiting spacecraft waited on hand and foot by robots. But it’s Pixar who have that amazing ability to add nuance and heart without taking away from the fun.

11. INDIANA JONES AND THE LAST CRUSADE

Harrison Ford might not be in carbonite in this film but he’s definitely put through his paces when his father Sean Connery comes along for the ride. One part buddy movie, one part riproaring adventure yarn and one part father and son bonding film. A masterclass in good comedic action with added Nazis.

Alan Rickman pops up again but this time he wants to cancel Christmas as he battles Kevin Costner’s mullet and Bryan Adams’ caterwauling in this fun depiction of the hooded outlaw. Marvel at how Robin manages to get from Dover to Nottingham in a heartbeat.