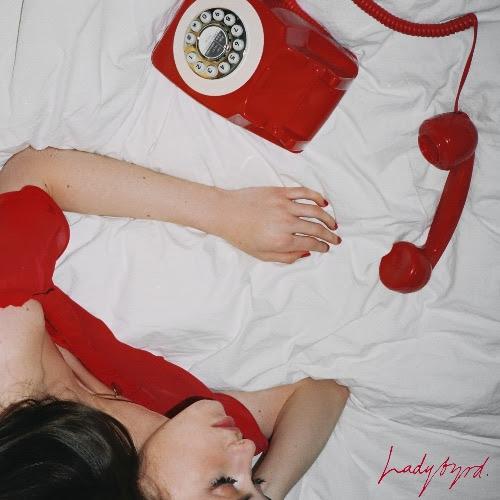 THE FIRST SONG FROM HER DEBUT EP, WHICH FOLLOWS THIS AUTUMN

18-year-old newcomer Ladybyrd has spent most of her youth living a relatively sheltered existence. While the life experiences she draws upon in her songs are largely based upon classical coming-of-age emotions - relationships, desire, longing and regrets - a bigger influence is her fascination with literature and film. Those characters have lived lives far richer and complex than she is, which infuses her songwriting with a grander dramatic scale to boost her teenage tumultuousness.  Those elements are all evident in her debut single ‘Too Close To Call’ and she shares the official lyric video. Watch HERE. Listen HERE.

Ladybyrd explains, “When we were growing up my mum and dad filmed our holidays on an old Panasonic camcorder. I recently found it lying around at home and started filming random videos on it, like summer road trips, my 18th birthday party and days at the beach.

So, I thought it would be super fun to use the camcorder to record the behind-the-scenes footage of shooting the artwork for the single!  And so the video is a combination of lots of little things - me writing the song, recording it, and most significantly it has clips of nature, books, my home piano, the city and my general surroundings, all which inspired me to write ‘Too Close To Call’…”

A single play of ‘Too Close To Call’ shows that Ladybyrd possesses both the songcraft and the ability to hone in on a specific emotion - two traits that are particularly rare from an artist of her age. At once both surprisingly mature but also with a wide-eyed innocence, much like the contrast of its story, Ladybyrd’s moody, melancholy alt-pop has an immediate infinity with her key influences such as Phoebe Bridgers, Maisie Peters and Gracie Abrams.

Ladybyrd says, “‘Too Close To Call’ is a fictional story of a secret relationship. It’s from the perspective of the girl, trying to come to terms with the impossibility of the situation. She is secretly wanting to leave as she knows it’s wrong and unrealistic, but she is still infatuated with the person. That said, I hope listeners will use their imagination to find their own special interpretation.”

Having recently moved to London to seek a career as an artist, Ladybyrd is sure to experience an abundance of new adventures that will naturally feed into her writing. Already blessed with the ability to connect with an audience who themselves are going through similar landmark moments in life, we’re sure to see her diary entry lyricism build nuance and complexity as she discovers more about herself. She is also nurturing a following at TikTok, which provides an insight into her creative process - a video may show her writing a song about a book that has captured her imagination, which in turn can lead to an original song with a story entirely of her own.

The Ladybyrd name is one rooted in her family heritage - it’s a nickname and a term-of-endearment that her grandfather gave to her mother, which was in turn passed to her. She has written melodies and lyrics since childhood, a creative way to “try to articulate my emotions and tell stories.” Discovering the aforementioned artists encouraged her to experiment with writing a song per day during lockdown. It was a process that rapidly expanded her skills as a songwriter, which was enriched by wider influences such as Hans Zimmer, Bon Iver and Taylor Swift.

Her motivation is simple: “Music brings me either great joy or great comfort,” she says, “and I hope my songs can be a part of the soundtrack to other people’s lives.” It’s an ambition that will begin to be realised today, and will continue to prosper as she prepares to share her debut EP.