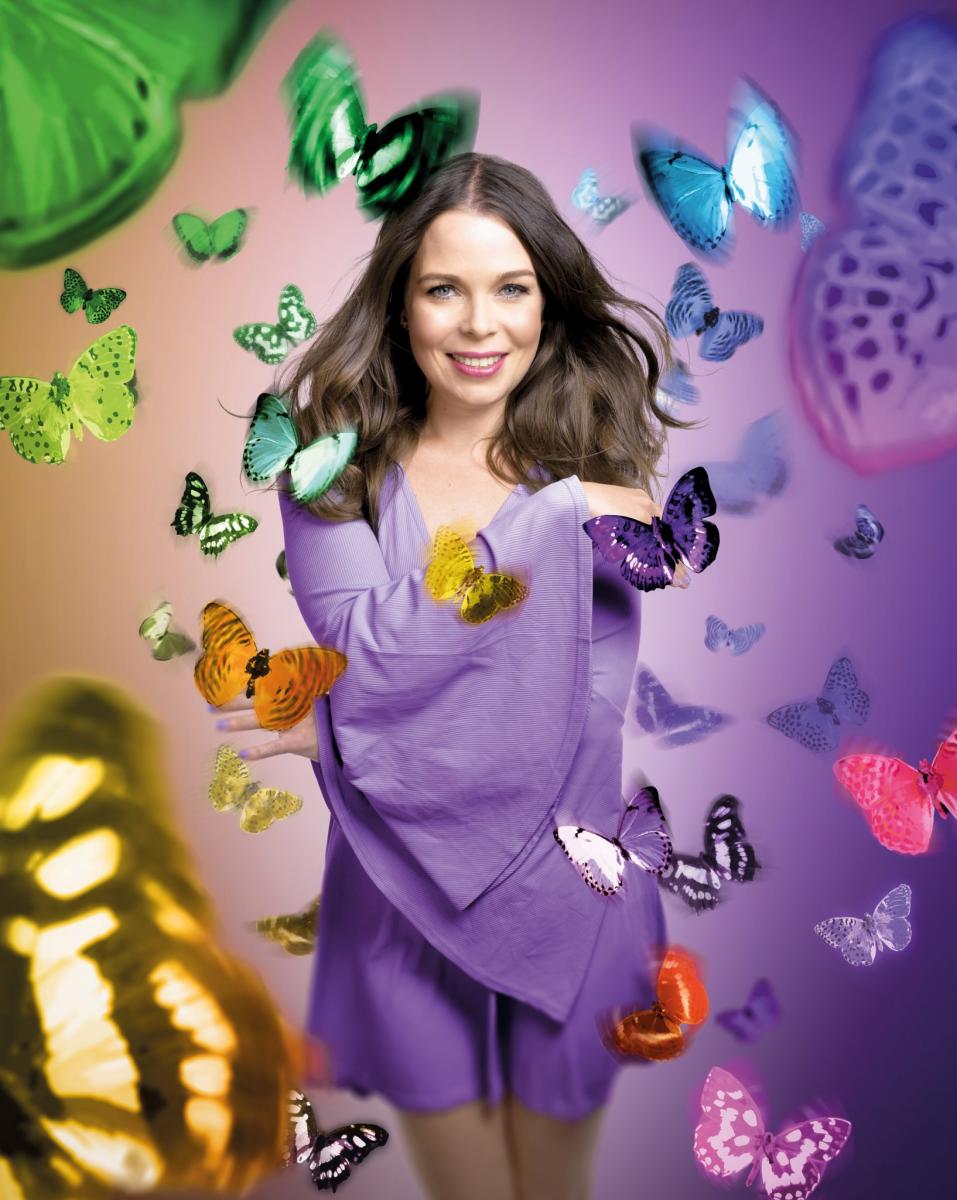 Ben Fitzgerald caught up with comedian and mental health campaigner Juliette Burton ahead of her show at the Swindon Arts Centre to coincide with World Mental Health Day.

The phone call doesn’t start out well… There’s a baby screaming in the background… And she’s on a train… “Hello Juliette… is that a baby in the background?” She’s taking it all in her stride: “Sorry, can you hear me? I expected to be off the train now but it’s been delayed. Not to worry, we can get through this.” “I agree - we’re both professionals,” I offer unconvincingly.  I begin by asking Juliette about her mental health - inappropriately personal under most circumstances - but a subject she is happy to address… even in the close confines of a packed commuter train. “Speaking openly about my mental illness is very freeing - I find that if I can make people laugh when I’m talking to them about these issues it puts them at their ease. I’m always very open about my mental health, but it’s other people that can sometimes be unsure about how best to approach these issues.” Juliette’s teenage years and early adulthood were overshadowed by struggles with anorexia, compulsive eating and bulimia which saw her weight fluctuate from a life-threatening 5 stone to 20 stone in less than a year and led to her being sectioned under the Mental Health Act on four occasions. “I grew up on a farm which was lovely, but I quickly realised that I was not really cut out for that sort of life. I was supposed to be a lawyer, that is what I was expected to do by my parents but the fact that I was struggling with my health at the time really affected my schooling and didn’t achieve the qualifications needed. I then went into journalism and worked for various magazines and in broadcast journalism for the BBC before getting into voice-over work which I really enjoyed. This led me into acting where I found that I took to the comedy side of things.

Comedy and the issues surrounding mental health are both very levelling - it’s a great equaliser. People from a wide range of backgrounds can all laugh at the same things and can also relate to some of the other issues that I talk about - I’m sure that there are many people who are feeling that general sense of anxiety about a lot of things going on in the world at the moment. I ask: “Are there specific challenges faced by female comics in the industry - what barriers and expectations do you have to overcome in what has traditionally been a male-dominated industry… Is it a level playing field?” My complex and multi-layered question is met with complete silence which hangs heavily for a full five seconds before I jump in weakly… Hello?... The line’s dead. After a couple of aborted attempts to call back I finally get through on a much clearer line this time - turns out that her train had finally arrived and she’s now sitting somewhere relatively quiet. She laughs, “No, I wasn’t annoyed by your question, in fact I was really pleased that you used the term female comic rather than comedienne which I always find rather patronising, so thanks for that. “No, I don’t feel that my being female is much of a thing really, obviously those people who come to see me have come to terms with that. I think that something that comedy audiences really need to embrace is diversity in terms of disability - to appreciate a range of voices from different backgrounds. That’s much more of a challenge. “I am really appreciative of the people who specifically choose to come out and see me at my shows. They are my heroes because they could have chosen to do any number of other things on that evening. I love making people laugh, and when you have that moment when everyone is with you it’s an amazing feeling.  My style is to create a story arc; I want to lead my audience on a journey where they can have a laugh along the way but there is also something else there as well. “My new show focusses on kindness and the power of just doing simple small acts and the often huge effect it can have. I give an example of a guy who came up to me when I was promoting one of my events at the Edinburgh Fringe, inviting him to the show.   What he didn’t tell me at the time was that he was very down and considering taking his own life at that time and says that someone speaking to him made him reconsider.  He still keeps in touch and is getting his life back on track. It is incredible how simple small acts of kindness have a power to change things beyond our expectations.  We need more kindness…”