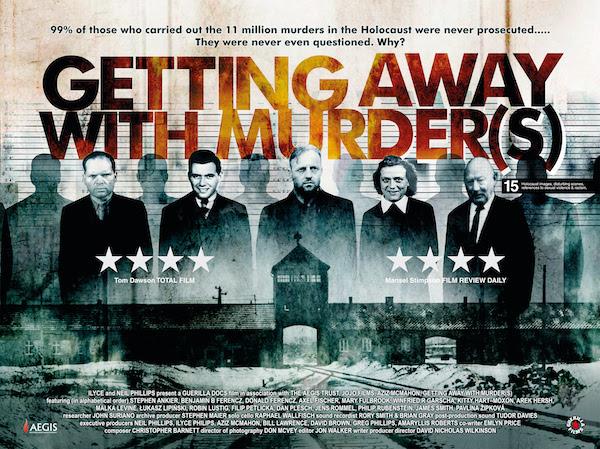 Discover the profound and distressing untold story of the Holocaust…

Released 75 Years to the day of the

Almost 1 million people in 22 countries carried out the unprovoked murder of 11 million innocent men, women and children.
99% of those responsible were never prosecuted; most were never even questioned.
The Allies knew what their crime was.
The Allies knew where a great many of the murderers could be found - Germany, Austria, Italy, the UK, the USA, Canada, Australia, and numerous countries in South America.
The Allies had an endless wealth of evidence to present to the courts.
The Allies unanimously agreed to prosecute those responsible when they drew up The London Agreement in August 1945.

But, after the late 1940s, these very same Allies did almost nothing.
Why?
Director David Wilkinson’s sole motivation for making GETTING AWAY WITH MURDER(S) was to find out precisely why so many were actively permitted to get away with their crime(s) – the crime of mass murder on an industrial scale.

GETTING AWAY WITH MURDER(S) will be in UK cinemas from 1st October.