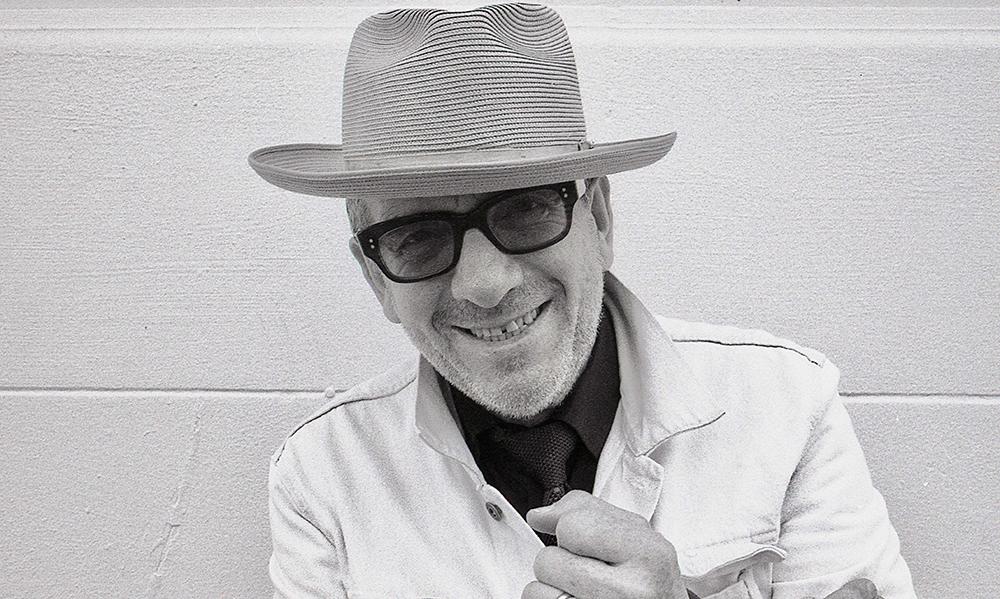 August 28th sees the surprise delivery of Elvis Costello’s “Phonographic Memory”, described as “the exclusive B-Side of the recently released, “We Are All Cowards Now”.

“Phonographic Memory” imagines a post-war ceremony involving an archive recording of the voice of Orson Welles and someone identified only as, “President Swift”.

Here is an extract from this futuristic tale:

“After the peace was negotiated and the internet switched off, knowledge returned to its medieval cloister, in this and that illuminated volume, the jealous possession of the pious and the superstitious, who might once again wield ignorance like a scythe.”

The recording takes the form of a short story recited over an open-tuned acoustic guitar soundtrack and as such is unique in Costello’s recorded catalogue.

“Phonographic Memory” will only be available in this “B-Side” edition, in the tradition of “My Funny Valentine”, “Big Tears” and “Hoover Factory” just a few of Costello’s acclaimed B-sides of yesteryear.

These lines come from “We Are All Cowards Now”, the last of three Helsinki Sound recordings that will be found on Costello’s forthcoming album “Hey Clockface”, which will be released on October 30th.

Look out for the next installment of this intriguing story on September 11th.