Classic Ibiza returns to Bowood House for two nights in 2021 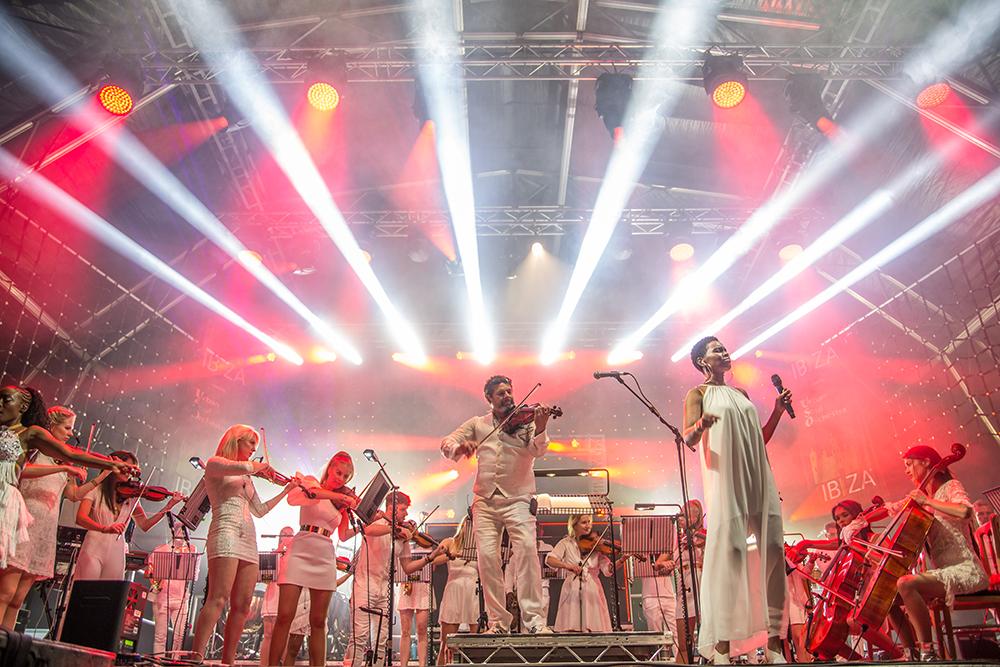 Classic Ibiza, in association with San Miguel, is returning to Bowood House in Wiltshire for two nights next summer, with its heady blend of Balearic-infused house music, performed by the 32-piece Urban Soul Orchestra (USO), headline DJs and globally renowned vocalists. In 2019, Classic Ibiza performed to 70,000 people in the UK and Spain. Next summer’s show promises to be better than ever with an extra hour-long chill-out DJ slot, new tracks, an enhanced light-show and most importantly… even more toilets!

The concert organisers are working with We Are The Fair, a health & safety specialist event company, that helps large concerts, like Classic Ibiza, to take place safely in the current environment. We Are The Fair’s CEO, Nick Morgan, sits on the steering group of The Department for Digital, Culture, Media and Sport, as well as Public Health England. If social distancing is required next summer, the concert site will be divided into “pods,” where the audience will be able to enjoy the concert. Full details can be found here.

As most people chose to roll-over their tickets from last summer and audience numbers have been capped to allow for social distancing, tickets for Saturday 24 July have already sold out. But don’t worry, tickets are available today for Friday 23 July on the Classic Ibiza website at £45 each (discounts available for children and block-bookings). Demand for tickets is already high, and the show is likely to sell-out quickly.

“Next summer’s show is going to be a blast – I think we’ll all be ready for a party by then! In addition to the safety measures that we have planned, we’ve really upped the ante by extending the programme, adding new tracks and enhancing the already fantastic light-show.”

The concert begins with a ‘Chill-out DJ set’ by Classic Ibiza-debutant, and former Pacha and Ministry of Sound resident, Jose Luis. He’ll be playing a mix of laidback, old-school house, laced with Latino beats. The perfect soundtrack to get you into the Balearic vibe of Classic Ibiza.

We then take things up a notch as USO take to the stage with Goldierocks for the ‘Sundowner set,’ with tracks from Orbital, Paul van Dyk, Roger Sanchez and many, many more. USO have performed with dance music’s A-list, including Groove Armada, Robert Miles and Nightmares On Wax.

The rhythm builds further during Goldierocks’ ‘House DJ set’, which is packed full of stone-cold dance anthems. Goldierocks (aka Sam Hall) has celebrity following that includes Madonna, Giorgio Armani and Jade Jagger - she’s performed exclusively for them all!

The concert then reaches a crescendo during the ‘Dance set,’ when the orchestra and vocalists return to the stage as night falls and the grounds of Bowood House turn into an alfresco nightclub with accompanying lasers. Expect tracks from The Prodigy and The Shapeshifters, to Faithless and Underworld.

“I love Classic Ibiza – it’s the highlight of my year. There’s a unique pleasure for me in hearing the orchestrations that once existed only in my head being brought to life on stage. But the biggest thrill is the vibe and love that we get from our amazing audience. It’s very powerful and so much fun – I’ve really missed it!”

Programme: Classic Ibiza is an evening event – times will be announced in the Spring.