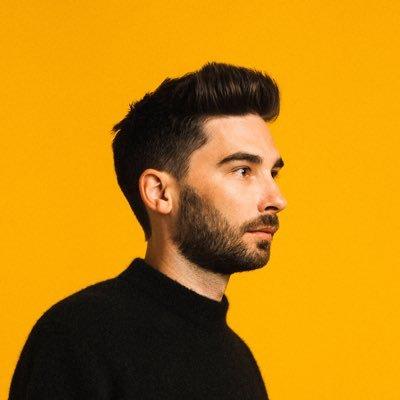 As You Me At Six prepare to release their latest album, ‘VI’, The Ocelot catches up with the band’s bassist, Matt Barnes – Claire Dukes talks to him about dance moves and new found sounds before the band’s album launch in Marlborough.

As I talk on the phone Matt’s currently residing back in Surrey slung out on his bed, and I don’t blame him – You Me At Six’s tour will see them perform in London, Manchester, Glasgow, Germany, Norway and France (to name a few locations).

Once teenagers starting out in Surrey, You Me At Six are now celebrating the debut of their sixth studio album ‘VI’– coinciding with the tenth anniversary of their first album ‘Take Off Your Colours’. Leading up to their upcoming international tour the five-piece are heading out to perform a series of acoustic sets across the UK, including Marlborough Sound Knowledge - October 7.

“I love doing acoustic sets,” says Matt. “Our music transitions acoustically quite well.” There’s suddenly a blissful tone in his voice as I comment about the difference in set up between the huge arena shows and acoustic sets - “acoustic [set up] is easy, it’s perfect,” he remarks.

Since being established as one of Britain’s most successful rock bands from 2004, ‘VI’ feels like You Me At Six have taken a new turn with tracks like 3AM and IOU– they’re certainly lighter and have more electronic elements embedded in them. “We’re writing the music we want to write – we don’t want to release the same thing over and over again,” explains Matt.

On releasing their latest album Matt continued “We were a bit scared – it’s a bit different to what we used to sound like, but you can experiment, and it won’t scare people off. If we’d have done this six or seven years ago people would have shit themselves!”

Despite their sound slightly stepping away from their original rock foundations, Matt maintains “We’ve always had a poppy sound to our band, - we love Hip Hop, pop, RnB, dance – and like we rarely put on rock music in the dressing room. It’s something different.

“I feel the rock genre has been going down for a few years. I believe there hasn’t been support – it’s everyone’s fault. I hope it’s going to turn around.” That being said Fast Forward and IOU still resonates with their earlier material but embodies their new tone heard in VI – it feels like a natural progression.

Comparing the likes of 3AM and Back Again [from VI] to their earlier material including Gossip, Reckless, Bite My Tongue and Save it for the Bedroom, there initially could seem to be a disconnect from where the band sonically once were. Then again even amidst the thrashing guitar chimes and heavy drops from bass and drums in the latter tracks, there’s still a present undertone of pop rock – it’s a gateway, you could argue, which has enabled them to work with Dan Austin and create VI.

On working with producer Dan Austin, Matt says “Our relationship was great – it felt like there was six of us in the band. We all put our stamp on it, and we did it together.” And, it’s that collaborative ethic that Matt says is “detrimental” to the band marking their tenth year together. “So many bands fall out - who gets the money, y’know. We split up everything we do – interviews, press, song writing, everything. We’re a dysfunctional family, but everyday feels like Christmas.”

Revisiting that minor fact that You Me At Six are marking their tenth anniversary of their first album Matt says, “It’s totally crazy. Looking back 10 years ago, Josh [lead singer] was 16 when we were writing songs and I was 18 - to be almost 30 is a massive deal.”

The guys seem to be taking this anniversary with a fresh kick in their step, which I mean literally when we talk about shooting the music video for 3AM. According to Matt he’s not a natural dancer, but after four pints into the shoot he said “I was up for it – Dan [drummer], not so keen, but it was so jokes. I was so scared doing it!”

Musically and aesthetically there’s something very fresh with what VI has to offer – it’s contemporary and can be seen as heavy competition in today’s musical climate. I reference to Matt that over the years subcultures have merged, which is something to be said for musicians today – more and more artists are experimenting with a crossover of genres. How has this impacted You Me At Six? “100 percent, we’ve been lucky enough to have a cross over of fans for years.

“We still have our loyal fans from when we were 16, but another thing, - why we’ve lasted 10 years - is a crossover of fans. When we played Download there was even more of crossover - I think it’s good for the industry.”

So, I have to ask naturally, from teenagers hanging out in Surrey to selling out arenas across the world – what is Matt’s advice to young bands today? “Don’t listen to anyone but yourself - or someone who’s done it before [been in a band],” he earnestly replies. “There are too many people in the industry who sit behind a desk and don’t know what they’re doing.

From what I gather VI is You Me At Six waking up and feeling fresh – whether that’s at six AM or PM I don’t know, but it works.

For further information about You Me At Six’s tour and VI visit www.youmeatsix.co.uk

VI will be released October 5.