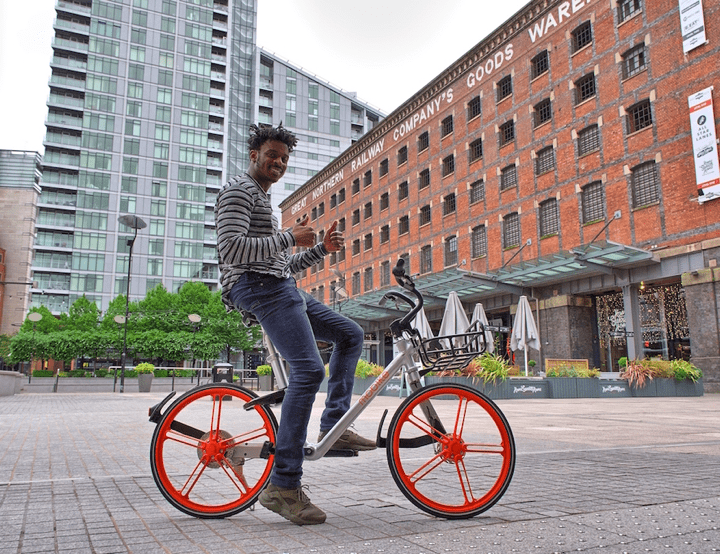 in close collaboration with both local authorities and popular Oxford-based peer-to-peer bike sharing company Cycle.land. This comes shortly after Oxford announced last week it will ban all petrol and diesel vehicles from the city centre to become the world’s first zero emission zone. Starting October 31, Mobike will initially provide Oxford with about a hundred of its flagship bikes throughout Oxford’s city centre, the area of the city with most gaps in bike supply. Mobike will then aim to increase that number progressively to meet local demand and according to the guidelines of the Oxford Code of Conduct for dockless bike-sharing. To demonstrate its commitment to adapt its scheme to local needs and guidelines, Mobike has signed an exclusive agreement with the popular start-up Cycle.land. Cycle.land is an innovative peer-to-peer social marketplace, providing a global platform for people to share and borrow bikes, and a contributor to the Oxford Code of Conduct. The company will leverage their local footprint to run Mobike’s local operations team, and conscientiously and efficiently manage bike distribution and supply. In the context of the City Council’s ambition to turn Oxford into one of Europe’s greatest cycling cities and the world’s first zero-emission zone, and supporting Mobike’s partnership with British Cycling to put 2 million Brits on bikes by 2020, Mobike’s launch aims to provide Oxford locals and visitors with a unique, reliable, sustainable, and affordable transport solution. Mobike’s UK General Manager Steve Pyer said: “Oxford‘s city’s bike sharing culture is already very vibrant and the city has long been looking for ways to increase cycling in the city, to allow people to get on a bike when and where they need to. We’re confident that the added value our unique proprietary technology brings to long-term infrastructure planning and our commitment to sustainability, combined with Cycle.land’s in-depth knowledge of bike usage in Oxford, will make us a leading and long-lasting partner of the city”. To date, Mobike users around the world have collectively cycled over 5.6 billion kilometers, equivalent to reducing CO2 emissions by more than 1.26 million tons, or taking 350,000 cars off the road for a year, based on calculations by WWF China regarding of Mobike’s first year of operations. In June 2017, Mobike received the WWF’s Climate Solver Sustainable Urban Mobility Special Award in recognition of the impact its innovative technology and promotion of sustainable transport. Mobike’s partnership with British Cycling aims to increase accessibility to bikes by promoting wide-ranging access to Mobike’s scheme across the UK, to help create eco-friendly cities and improve people’s quality of life. The industry body will be a crucial partner for Mobike and city councils to support people’s transition from driving to cycling – especially in Oxford, once the car ban is implemented. Councillor Louise Upton, Oxford City Council’s Cycling Champion, commented: “We want to get far more people in Oxford cycling, and that includes commuters going to work, children going to school or tourists getting out from the city centre to enjoy other parts of Oxford. “Responsible bike-share operators are welcome in the city. They can be the nudge that gets people to try cycling that haven’t done it for a while. And anything that helps us towards our goal of being the number one cycling city in the UK is great! Additionally, unique to Mobike, the company’s entire fleet of over 7 million bikes are equipped with GPS and proprietary smart-lock technology that connect through the world’s largest mobile-enabled Internet of Things (IoT) platform. Analysis of this data can help improve infrastructure planning in the long term, encourage proper cycling etiquette, as well as manage supply of bikes in specific locations with high demand. Agne Milukaite, Founder of Cycle.land said: “I am very excited about the Cycle.land and Mobike cooperation as both companies are working towards the same goal: to make bikes available and affordable for as many people as possible. Our ambition is to increase the number of people who cycle every day, which is good for health, reduces congestion, and improves air quality.” The deposit for the bikes will be £29 and fully refundable. Users will then pay 50p per 30mins. Having already launched in Manchester, London and Newcastle, Mobike will aim to provide its affordable and environmentally-friendly service to a series of UK cities and boroughs over the next few months. Up

Running for My Life - The Marathon