Week One - Flailing on ice 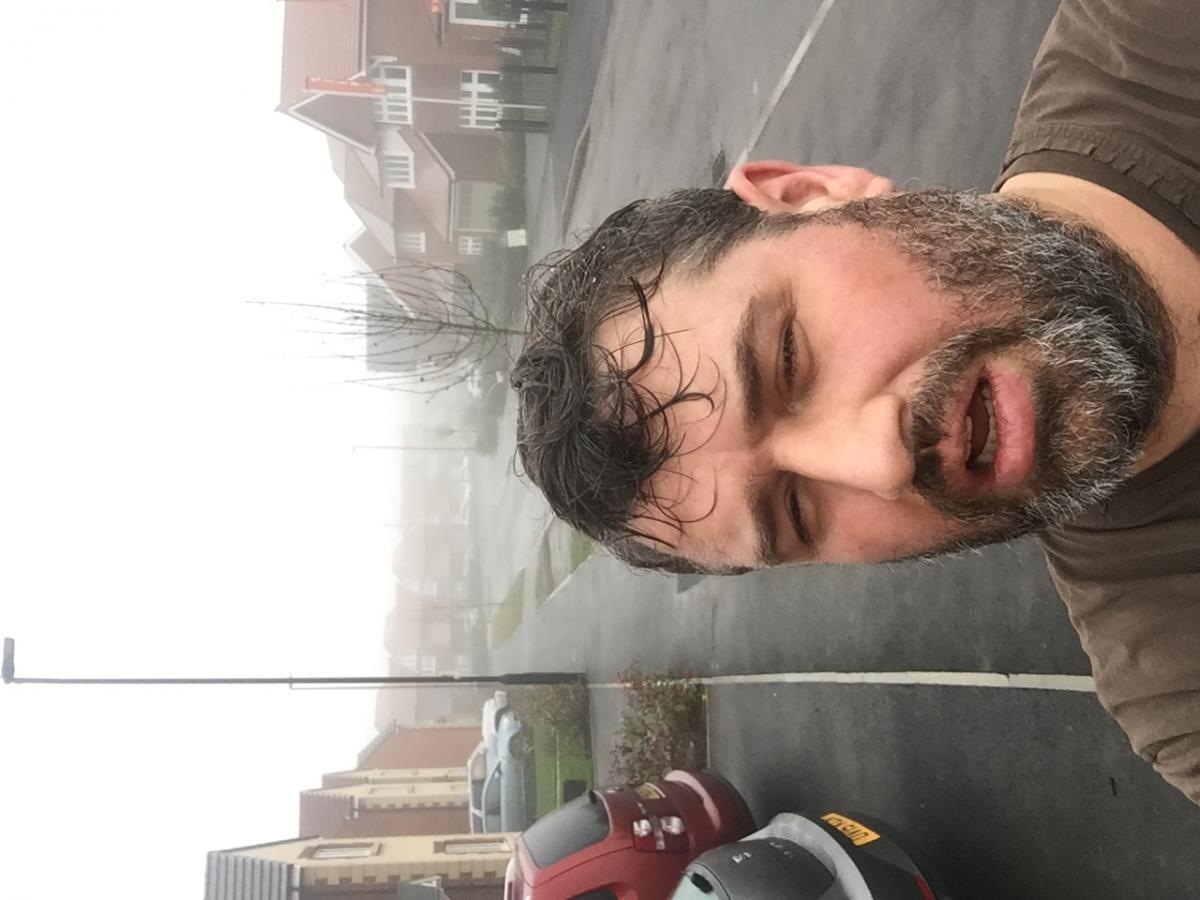 A blog by Jamie Hill

I’m stuck on my own in the middle of a public ice rink. The announcement has just gone off telling everybody to clear the ice as it’s the end of the session. And that’s what everybody else has done. Except me. I can’t move.

Moments before I had been moving my way around the ice rink precariously and the next thing I knew I was on my back flailing around like an upside down tortoise. And now I was in the strange position of being on one knee with my other skate on the ice. I did not know how to take the weight on the skate to get upright without going flying once again. I was stuck. There were now crowds of people looking at me from the side wondering what this bearded 42-year-old man was doing kneeling in the middle of the ice rink as if he was making a proposal to thin air.

Eventually I had to be helped up by one of the teenage boys who worked there. Back on my skates I then moved slowly to the side of the rink hoping that I wouldn’t go arse over tit once again.

And during this ‘skate of shame’ I could feel eyes on me from a hundred mildly amused people as my humiliation was complete. I’m meant to be a respectable father of three who runs two successful magazines.

Not some jackass who courts humiliation at every turn. But life’s not like that. Humiliation is something I don’t think anyone ever truly escapes. It’s a great leveller. Life’s not a movie. Spilling pasta sauce down your front, tripping on a crack in the pavement or accidentally farting at the most inopportune time is a great way to realise that we’re all human.

Except there are those people you see on Instagram or Facebook or Twitter or just on the other side of the road with their perfect lives filled with laughter. They never get humiliated. In their perfect little lives full of glamour, sunglasses and sunshine, hangovers don’t exist, grey drizzly Monday afternoons don’t exist, and putting on weight definitely doesn’t exist.

And this is where these perfect people with their perfect lives really get my goat as for them nothing’s a problem. Everything’s perfect. But they also don’t exist as well as a lot of it’s a veneer. A facade. As we don’t see the work these seemingly ‘perfect’ people put in to make themselves look and be that ‘perfect’.

We don’t see the hours in the gym or the hours working their arses off to afford the lifestyle or the anxiety and time these people, whose lives are actually pretty sad, put in to make sure the facade stays in place.

So the cracks don’t show. And this is really the point of this blog. As I’ve got no problem showing my crack at all (hee! hee!). Warts and all. And I definitely won’t be trying to shy away from the complete humiliation that I feel as I try to explain to you the pain, the misery and the sheer stupidity of the task that I’m undertaking this year as I prepare for the Birmingham Marathon in October.

You can read the details of exactly what I’m doing here Being overweight is pretty humiliating. It’s like constantly being out on the ice with all eyes on you as you know that you’re being judged by everybody. Society itself judges you as it constantly bombards you with what size you should be and how you should look. It’s not nice and I want that constant background humiliation to stop.

I also know that people who do really judge you on your weight and nothing else are pretty shallow and probably have horrible lives themselves as they cast out any people who don’t live up to their high but shallow expectations. But it’d be nice for it to not be there. It’d be nice to walk down the street and not think about your weight.

I actually went for my first run on New Years Day. And it was crap. I was hungover. I felt sick. And my legs didn’t really want to work. But I did it. Since then I’ve been for three more runs. And they’ve all been crap. I’m out of breath before I’ve gone 50 yards. My legs feel like jelly most of the time and I’ll be sitting at work feeling light headed as I try to concentrate on whatever I’m doing at the time (which usually involves thinking of stupid puns to do with cats and pop songs - my favourite is Careless Whiskers so far.) I’ve hated every second of it.

Although I do have to admit that I’m now only back to the weight I was before Christmas came along. Only 2 stone 13 pounds to go to get to my 15 stone target that I’ve set for myself. (So that I weigh a whole Easyjet baggage allowance less when I start my marathon training proper in June). Next week I’m upping the running even more and we’ll have to see what fresh humiliation awaits.

Ford take us to the Edge with new SUV sport model