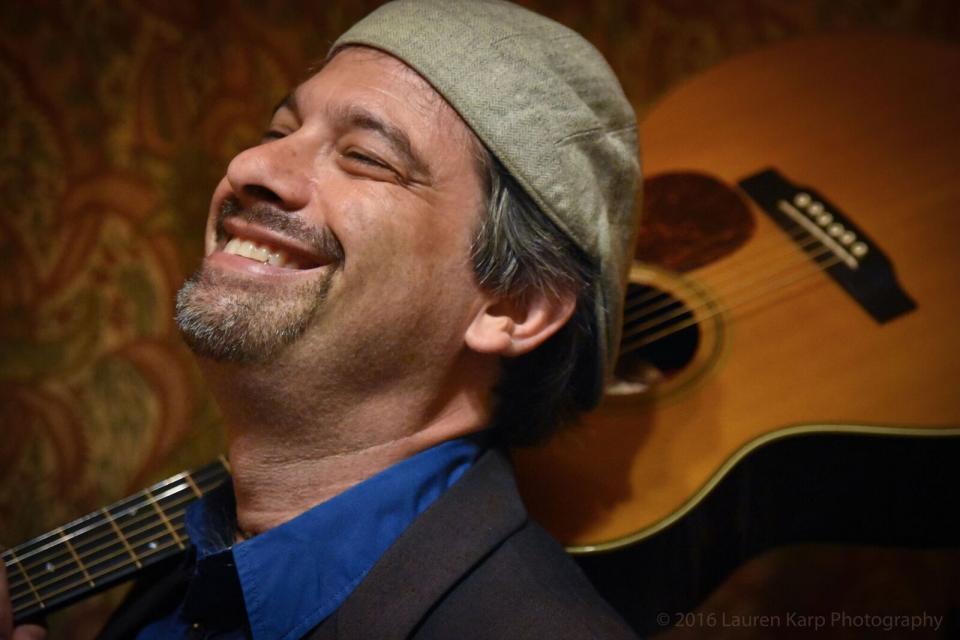 For their next concert at the Unicorn Theatre in Abingdon-on-Thames, the award winning American folk singer-songwriter, David Nachmanoff, will be performing Friday October 5.

Dave Nachmanoff is the award-winning American folk singer-songwriter and the sideman to Al Stewart. At the age of ten he played with Elizabeth Cotten (‘Freight Train’), garnering a positive review in The Washington Star.

Growing up in the shadow of the nation’s capital, Nachmanoff cut his musical teeth on Pete Seeger, country rock, the Kingston Trio’s early revival folk, and ‘80s new wave, all melded with a soupçon of Brit folk a la Fairport Convention, John Martyn, and Ralph McTell. In fact, Spinoza’s Dream producer Martin Levan had a guiding hand in both Martyn’s Grace and Danger and McTell’s Water of Dreams, two critically-acclaimed classics of the genre.

Thirty-one years ago, he saw Al “Year of the Cat” Stewart live for the first time at Royal Albert Hall in London; ten years ago, he came back to that same venue and performed with Stewart. In 2016, he reassembled the core band from the Year of the Cat album — including occasional Pink Floyd collaborator Tim Renwick and smooth jazz superstar Peter White —  and enlisted their musical prowess in support of his latest release, Spinoza’s Dream.

Over the course of a dozen albums and countless tours, he has shared the stage with the likes of Alison Krauss, Cheryl Wheeler, Steve Forbert, Firefall, and John Wesley Harding (among many others), at venues ranging from The Bottom Line to the Glastonbury Festival.He’s also paid his dues in a myriad classrooms across the United States, sharing his talents and nurturing the next generation of budding troubadours.

SingOut! has praised his “heartfelt, inspired songwriting … with a delivery both biting and assured,”  but that’s only the tip of the Nachmanoff critical iceberg. The Great American Song Contest selected him as a finalist in 2017, Just Plain Folks honored him with the 2001 Songwriter of the Year award, he was a finalist in the 2011 USA Songwriting Competition, and for five consecutive years he was always in the mix for the top songwriting award in the South Florida Folk Festival before finally winning Best Overall in 2002.

Nachmanoff currently resides in Northern California, not far from the heritage vines that helped inspire his 2009 collaboration with Al Stewart,Uncorked.  Perhaps the most important trait he shares with his local agricultural cousins is that his songs, much like a fine wine, gain complexity and substance over time.

The Band (aka the Take That musical!) comes to New Theatre Oxford