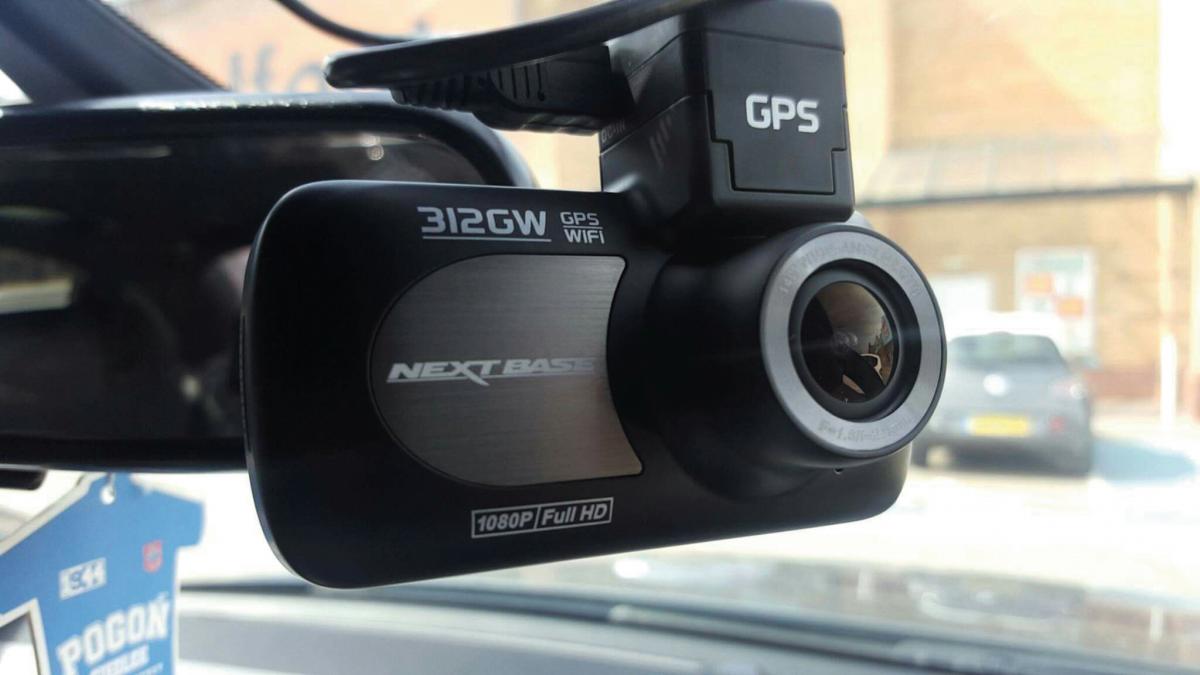 And now he’s inviting you to sit alongside him on the sofa and watch while he narrates, in painstaking detail, the events that took place - and why he chose this route over the other - in a recreation of some of the duller moments of his journey through Europe to Bavaria and back. Where’s the best place to stick a dashcam? The answer really depends on who you are saying it to and what incriminating evidence is contained on the memory card.  But generally the polite answer is… to your windscreen using the supplied suction holder. But why even bother? Well, according to the AA:  “In the heat of the moment, even when you think you had a full view of the road, there are still times when we miss what really happened in an accident. A dash cam could be the answer in settling insurance disputes and claims, and may help you to improve the way you drive.” But who wants to improve the way they drive?  I happen to be an excellent driver… I’m really good at going forwards and when it comes to turning the steering wheel to either the left or the right my skills are beyond compare. So when I was offered the chance to try out the Nextbase 312GW dashcam I was both flattered and confused in equal measure.  I’ve never felt the urge to stick a camera to the front of the car - other than to threaten people with upwards of 20 hours of as-it-happens footage of me driving through Europe if they attempt to show me any of their holiday snaps. However I kindly agreed to give it a whirl to record a highly specific view of my relaxing summer holiday driving getaway featuring an ageing Ford Focus Estate, a trio of young adult offspring, a large dog and my lovely wife. Our planned route took us on a winding journey through France, Belguim and Luxembourg en route to southern Germany where I had a date with a stein of beer as big as a medium sized wastepaper basket. Now I’m not going to lie - a lot of the footage involves grey tarmac passing by at a variety of speeds, with the odd glimpse of housing and shops of the kind you might expect to see whilst driving through Europe. There was also an option to enable sound recording - presumably so that you can record yourself saying ‘Holy living f@*k!’ as someone cuts in front of you or a heated family discussion about where that important envelope containing the emergency Euros might have got to.  I admit, I can see the sense of having a dash cam - especially to avoid those crafty traffic scams where someone brakes hard in front of you or cycles in your way and slowly falls over clutching their ankles and rolling around in pain like an Argentinian premiership footballer. However as I was driving along, I gradually realised that one of the key advantages of the dash cam is that I no longer had to worry about capturing that blink-and-you-miss-it moment. I would be livid if I failed to take a picture of an impromptu meteor storm lighting up the sky or a light aircraft landing on the road in front of me - so to have that reassurance is priceless and helped me enjoy the holiday even more.  Neither of these things happened.  We did drive through an amazing storm though, and we picked up a speeding fine on the outskirts of Luxembourg which we can enjoy over and over again if we choose. If you want to recreate my journey - or even record one of your own adventures, you could do a lot worse than opting for the Nextbase 312GW dashcam. [gallery td_gallery_title_input=“Dashcam snap shots” td_select_gallery_slide=“slide” ids=“42025,42028,42029,42030,42031,42032,42033,42034”] The 312GW is the dash cam solution for motorists who want instant upload capabilities to social media, or their insurer.  The device features inbuilt Wi-Fi, allowing you to download footage to a smartphone before easily sharing it with friends, family, an insurance firm or the police.  The 312GW also features super fast GPS, allowing you to track your journey and pin point exactly where an incident happened and the speed it happened at - potentially critical in an insurance claim.

The weird and wonderful Camden Market

The Ocelot talks acceptance with an LGB & Transgender Specialist