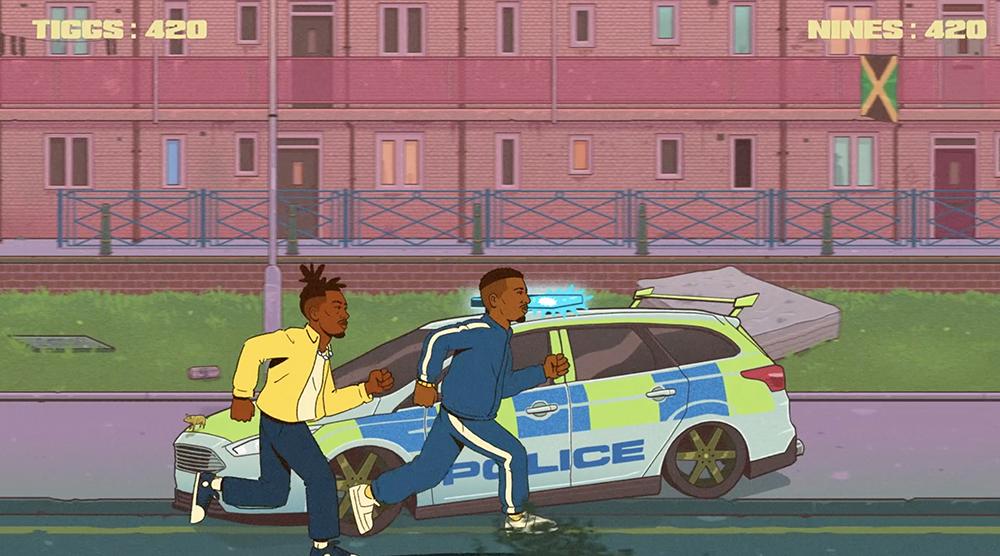 After a year of worldwide restraint and pent up dissatisfaction, Tanzanian-born and London-based singer, songwriter and producer, Tiggs Da Author, comes bursting out of the traps in 2021 with the announcement of his stellar debut album, ‘Blame It On The Youts’ - out March 12th on Alacran Records.

Recorded in the storied RAK studios with engineer Jonathan Quarmby (Lewis Capaldi, Tom Walker, Plan B), and featuring a highly charged, twelve-dose blend of Afrobeat, Afrojazz and Afrosoul splendour, ‘Blame It On The Youts’ is a bold, bright & brilliant album, packed full of hard hitting messages born from frustration, but with the aim to inspire and help make a change. This is an album that lyrically resonates in the current climate. It’s an album that has something to say.

Tiggs also today drops a brand new single from the album - ‘Fly ‘Em High’ - featuring UK rapper Nines, whom he performed on and co-wrote the track ‘Oh My’ with, which landed a coveted slot on the soundtrack to the huge Netflix show Top Boy - as well as collaborating on Nines’ track ‘NIC’ from, his UK number 1 album ‘Crabs In A Bucket’. The song, produced by Show n Prove received its first spin on BBC 1Xtra last night from DJ Target. Watch the Jack Brown / JB London Animation-directed arcade visualiser HERE.

Tiggs says of the track; “Myself and Nines have been working together since around 2015. Since then we’ve just been making back to back bangers! We have good chemistry, so it makes everything easier. This song speaks for itself, has a nice vibe and as always, is a little different. We don’t try to recreate. This is one of the pockets we haven’t explored before.” With Nines adding; “Tiggs is a very special artist. I always enjoy working with him.”

The album is biographical, but its sentiments ring loud and clear. “Listen to this and you’ll be in the brain of this teenager who’s explaining exactly how he feels. Me moving from Tanzania then growing up in south London with no father figure. You just have to learn from your mistakes and teach yourself how to be a man.”

Equally important is representing as much as possible multiple sounds of Africa. Mali has its own sound, Congo its own sound, South Africa, Tanzania, Nigeria…Africa has multiple sonic tributaries, and many of them flow together on Tiggs’ vibrant, vivid, continent-sized album.

Growing up in New Cross, London, Tiggs loved football first, and played to semi professional level. But then in came grime. Dizzee Rascal and Kano in particular. Ghanaian north Londoner Sway took him under his wing, mentoring Tiggs, helping introduce him to labels and ultimately cooking up a collaboration between Sway, Tiggs and YouTuber-turned-musician KSI.

This is the Tiggs story, told via an album that further amplifies the success of the African wave of artists like Burna Boy and Naira Marley – and that also taps into neo-the new strain of classic soul exemplified by Leon Bridges and Michael Kiwanuka. Equally, though, as we might expect from the title, ‘Blame It On The Youts’ is an album in touch with the realities of life right now.

It is, he concludes, his journey, his story and his success. Twelve tracks that chronicle a young life. “It’s a journey that starts in Tanzania, goes to New Cross, and will hopefully end up on a stage somewhere in Europe in the near future. The album captures everything.”