Tickets now on sale for Swindon the Opera 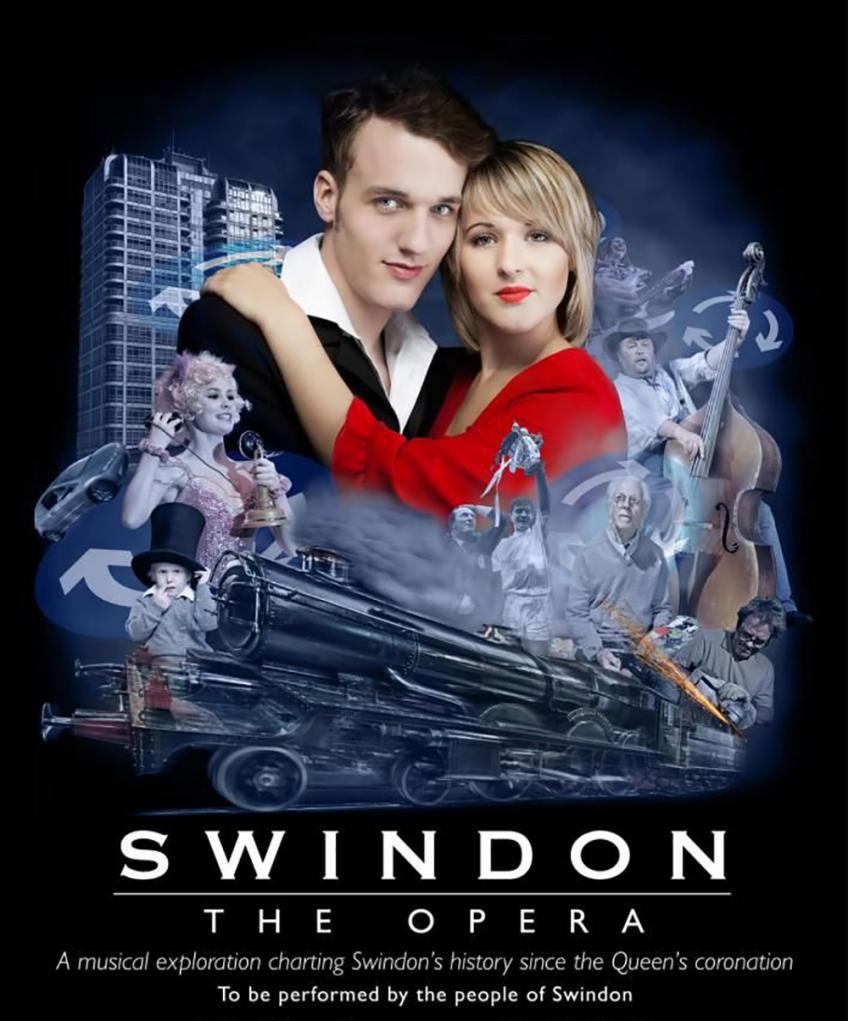 Tickets are now available for JTPTrust Singing’s Summer gala concert, which will illustrate the story of Swindon through song.

The team behind the musical show have announced that tickets are now on sale for Swindon the Opera - their Jubilee Summer Gala project.

It will be taking place in the Hawksworth Hall, Steam Museum, on Sunday, 3 July at 5pm.

A spokesperson for the show said: “We hope that some of you will remember Swindon the Opera (STO), a huge project which took place at Steam Museum in July 2012, funded by The Big Lottery Fund Jubilee Millions.

“The original opera was three hours long, involved over 200 Swindon performers and crew and celebrated sixty years of the Queen’s reign.”

Swindon the Opera’s plot and libretto, created by Matt Fox, traced the history of Swindon between 1952-2012. The music was created by internationally celebrated composer Betty Roe MBE

The production brought the town’s history to life through the celebrations and tribulations of an ordinary, imaginary Swindon family, which Matt Fox cemented together by a character portrayal of Swindon’s best known Hollywood celebrity actress, Diana Dors, and to a backdrop of comments from a fictitious television panel called ‘the Cynics’.

On Sunday, 3 July, the JTPTrust will presenting a one-hour retelling of the creation and story of the opera, featuring the original music from Betty Roe, MBE, slides from the opera, and live recreations of the music by the JTPTrust singers and associated adults.

The show’s spokesperson continued: “We are much looking forward to seeing Tilly Wale recreating the role of Diana Dors (originally sung by Polly Leech, herself now a lead soloist with international opera companies).

“Tilly will be accompanied by our Concert Choir as ‘the Starlets’, our Chameleon Choir as Railway Workers and Rock and Roll Singers and our younger JTPTrust singers in roles including 1950s school children and rock and roll singers. Some of our Associate Adults will also be taking part as the family and Cynics.”

Tickets for the show are limited to 200 seats. Adult tickets are priced at £11.50 and concession tickets at £6.50. They are being sold through Eventbrite, and priority booking is being given to people associated with the JTP Trust before sales are released to the general public.

To book online, members of the public can go to https://www.eventbrite.co.uk/e/creating-swindon-the-opera-tickets-292774274737.

The JTPTrust team say: “Your support means a great deal to us and helps us to deliver high quality music education to the singers who attend our classes. We hope that you will want to see their progress and enjoy an evening of entertainment as we revisit this production in the Queen’s Platinum Jubilee Year.”

More information on the JTPTrust can be found on its website at https://jtptrust.org/