The Ultimate Ranking of On-Screen Mums! 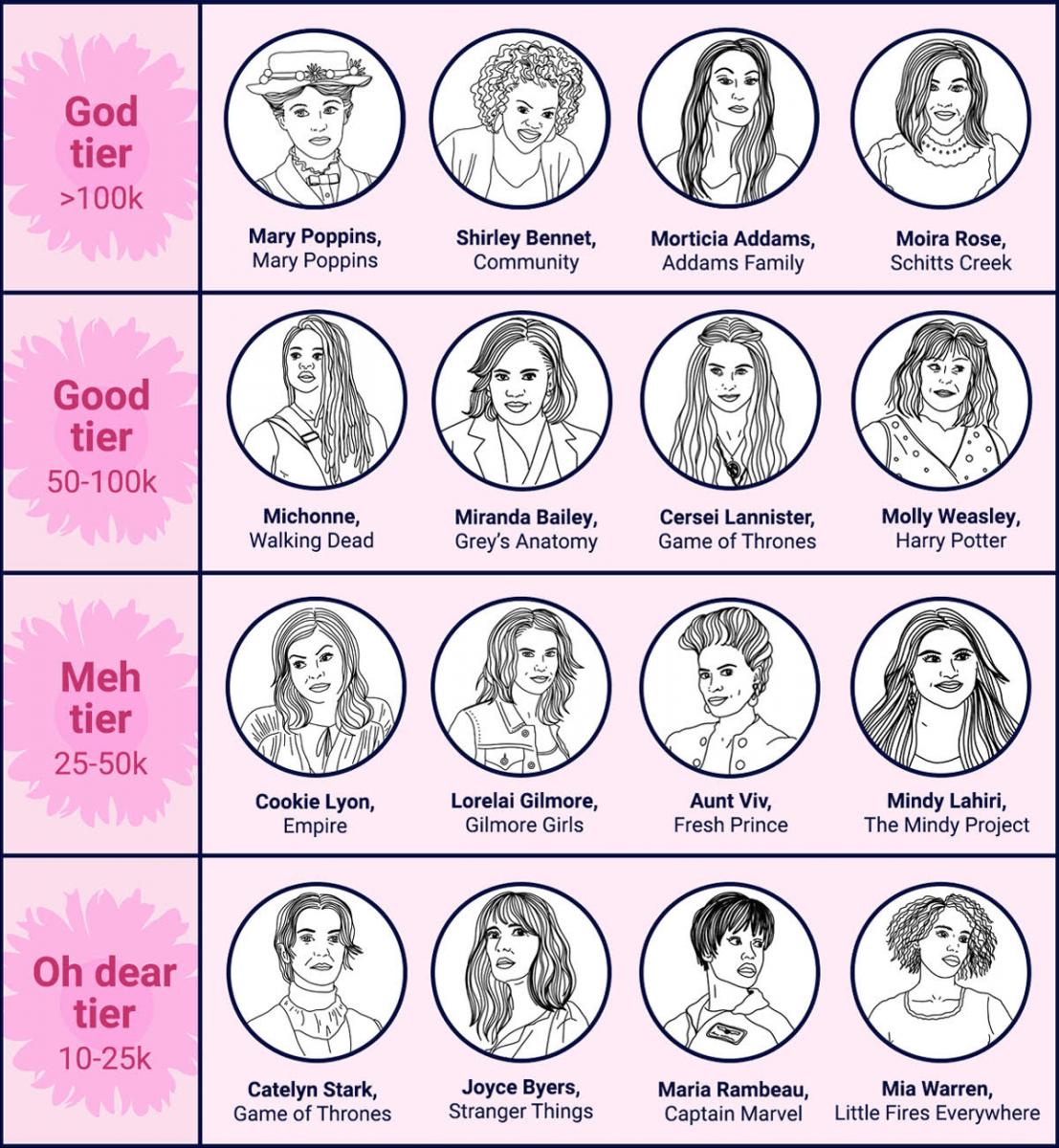 Mary Poppings has been crowned the top on-screen mum. Whilst not a mother in the traditional sense, she’s a strong maternal figure, and practically perfect in every way!

Alongside her in the ‘God Tier’ are Morticia Addams, the spooky but supportive matriarch of the Addams Family, Shirley Bennet, the sassy, take-no-prisoners team mom of the study group in the sitcom Community, and the quirky Moira Rose, from Schitt’s Creek.

A rogue addition to the list is Cersei Lannister (Game of Thrones) who made it into the ‘Good Tier.’ Probably one of the most divisive on-screen mums, yet despite her villainy, she was definitely dedicated to her children – not that it helped any of them too much!

Other mums that made the cut include the katana-wielding Michonne of the Walking Dead, Molly Weasley from the Harry Potter series, and Lorelai Gilmore from Gilmore Girls.

Joyce Byers from Stranger Things only reached the ‘Oh Dear’ tier on the ranking, despite stopping at nothing to rescue her son Will from the terrifying Upside Down, and Catelyn Stark (who is definitely the superior Game of Thrones mum) comes well below her rival Cersei.

I Should Be So Lucky - A column by Beth Ritchie