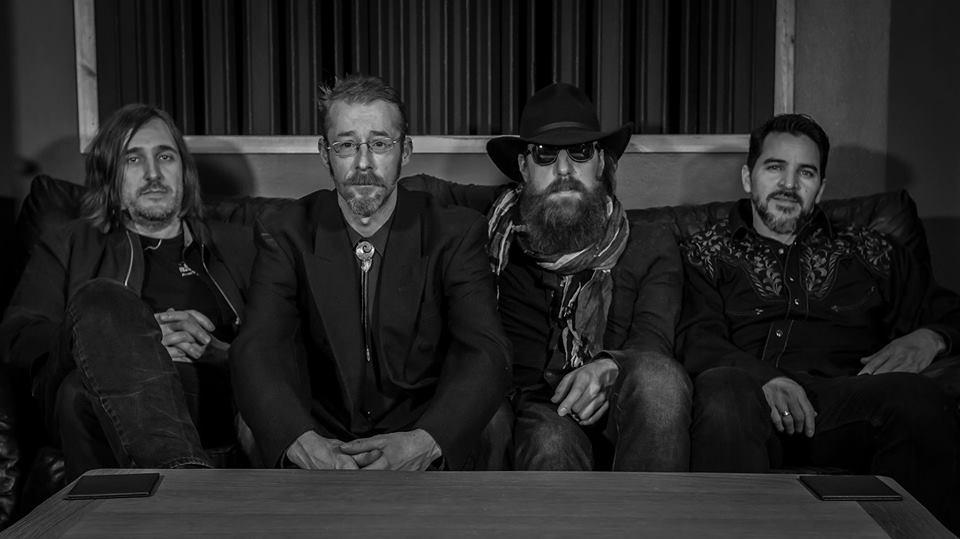 It is not often a band playing at a local level releases a recording that can genuinely be described as epic. It is also especially surprising when it is a band like Black Sheep Apprentice, who have battled a succession of line-up changes and a penchant for drama, who have released it. But, here it is, against the odds, an album some years in the making, but nonetheless an album of battered grandeur and incredible scope and vison. That vision is admittedly a dark one, as songwriter Richard Skidmore explores the murkier recesses of his experience and his imagination to conjure timeless songs of broken people, bad times and the endless search for a place to fit in, all complemented with a country based soundtrack that somehow draws in punk and rock n roll influences and an obvious fixation with the sounds and atmosphere of the Spaghetti Western into a coherent whole. Deft little touches abound, you hear something new each time you listen, and the cast of guest artists is impressive, adding depth and richness and a warmth that carries you through the coldness of some of the lyrics. The amount of work that has gone into this album is impressive and can be heard in the lushness of the recordings. What’s more, any record that opens with the inspired tongue in cheek lyric “Inspired fragments of genius flow down through my biro then somehow get diluted as I write them down” just has to be listened to properly.

I was such an advocate of last year’s debut album from enigmatic songwriter Moleville that I have jumped the gun somewhat with this as all I have been able to hear so far has been unfinished.  But even in this incomplete state, it is still head and shoulders above much of superficial nonsense doing the rounds currently. Once again, these songs are based around rolling piano riffs, with simple beats, effects and sounds layered subtly over the top, making use of toys and battered old instruments leaving music that charms, haunts and hypnotises. The simplicity of much of the recordings are in perfect contrast to the trademark depth and sombre nature of the lyrics, words that ensure Moleville remains one of the most vital songwriters to the local scene

Phil Cooper is a man who certainly knows how to write an easy to listen to pop ditty. Thoughts and Observations is aptly named as it is brimming with astute, well considered pieces of social commentary and musings on life, all written and produced with an ear keen for a catchy melody. This is all exceedingly well judged – the acoustic based songs given just the bare minimum of embellishment, ensuring that the main point of interest doesn’t stray from the songs themselves, songs that tackle subjects as varied as modern-day press media, political extremes, and social media bubbles. But don’t for a minute think that this is heavy going, for there is more than enough positivity, hope and open mindedness within this collection for anyone.

True Strays[/caption] Bristol Delta rock ‘n’ rollers True Strays rapidly became one of my favourite bands to see live last year, so I have been champing at the bit to get to hear this, their debut EP, and by jove, it does not disappoint. Yes, sure it doesn’t quite have the sparkle and joi de vivre that they have live, but damn it comes close. These songs fizz out of your speakers, crackling with an energy and sheer, unadulterated joy, challenging you to stomp your feet, to get up and throw yourself around. Musically the formula is simple; slide guitars scream, double bass thumps, the beats have more energy than a thermonuclear explosion and the melodies are more infectious than flu. Seriously, get a copy of this, throw caution to the wind and shake a leg with the True Strays.