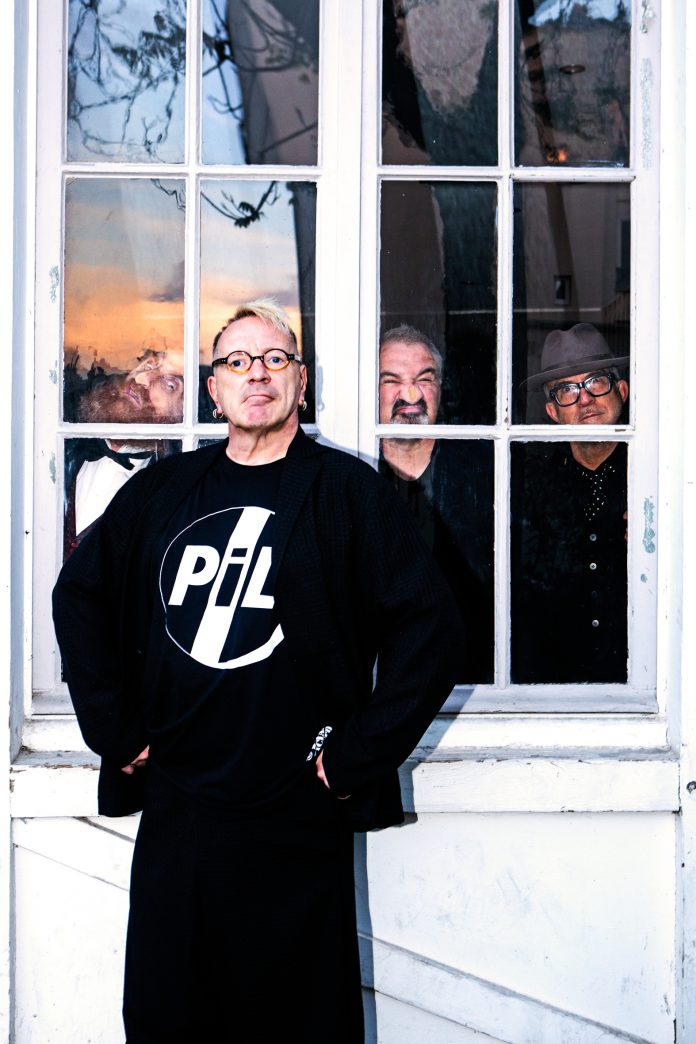 With Public Image Ltd heading out on tour, for what will be celebrating 40 years of the post-punk band’s iconic career, I had a chat with John Lydon AKA Johnny Rotten. It’s quite something to hear that famous roaring voice come bellowing down the phone. Currently residing at home on America’s West Coast I was glad that Lydon hadn’t lost the British accent. He said: “You can’t lose your accent, that would be fake wouldn’t it. You are what you are - it’s ingrained in you! “You know what, British comedians are particularly bad at that - when they get big and move to America, and then they get that American inflexion. It’s cringey!” To be honest it was strange to think of this British staple out in America, but he’s taken to it with ease and even has a scuba diving license. I had to admit that this was something I could not picture.  Asking about the move overseas he explained: “It became haphazard because we couldn’t get any concerts in Britain. A wall of prejudice had been built against me [laughs]! But I’m a traveller by nature - I have three passports and hope to have more!” John Lydon and PiL’s image notoriously precede them, and it’s no coincidence that the majority of their music and lyrics challenge social perceptions. Lydon weighed in on the exchange between Sex Pistols and PiL: “For too many years with the animosity the way it was, it just didn’t work. You write better music from a friendly perspective. You reach a point where the tension is too unbearable, and you feel like you’re cheating people by fraudulent friendships – if you feel it’s not working get out.”

Speaking of reputations, it came as quite a shock for many people seeing this punk icon turn Countrylife Butter advocate - not very punk, right? Lydon simply explained: “We had a lack of financial support with large record labels working against us – it was hard to keep the band stable. I realised I could buy my way out and took the option of doing our own record label. Everybody gets paid on time, everybody’s happy!” In contrast, fighting against the man is pretty damn punk. Lydon is still full of surprises though - half expecting to hear of raucous tales on tour he explained that it’s all early nights and catching up on sleep. “We work so hard, we travel such long journeys - days off is a party but we never ever cheat an audience! That’s not right, that’s not proper. “We do a great deal of talking before doing a record, what everyone’s situations are, dealing with all the current depressions, joys and emotions that are surrounding us - that goes into the details in the lyrics. We don’t go into to the studio and go ‘Oh here’s some poncy-ness – lets put a track to it’. We never do that.” https://www.youtube.com/watch?v=Vq7JSic1DtM Since Lydon’s rise to fame in the 70s with the most iconic punk band to date, it’s safe to say that the music scene and attitudes within it have changed a little. Do the same rules apply for bands today? “Here’s a lesson for you: don’t have self pity – if you do no one will ever trust you again and they’re dead right! Whining gets you nowhere! Life is full of problems and you need to use them”, he explained. “Learn all the rules that are out there - once you’ve absorbed them it is then that you realise that rules are for fools! Only then will the world acknowledge you as a real person. “I have a reputation as being difficult to work with – well, I hope so - and I am very proud of that! I will not be dictated by no one [laughs]!” Given the extent of Lydon and PiL’s career, 10 studio albums later, this attitude could very well be the key to success. https://www.youtube.com/watch?v=rIAZ8unRm2c Still remaining as a massive influence to bands today, I wanted to know what advice Lydon had for them. I mentioned “selling-out” and he quickly responded: “Didn’t they tell you not to talk about The Rolling Stones!” And there came that bellowing roar of laughter again, with my own somewhat nervously interjected inbetween. He continued: “No no no, I’m kidding, I have nothing but respect for Mick. He helped the Sid situation out – put lawyers forward, and I will never forget that. I’m full of adoration for him.” I had to admit talking about Sid Vicious, and Mick Jagger, with Johnny Rotten was one of my more surreal experiences to date - to many the death of Sid Vicious was the end of an era, and it was a tragic end at that. Vicious died of a heroin overdose in the late 1970s whilst awaiting trial over the death of his late girlfriend Nancy Spungen - she was found dead with stab wounds a few months before in The Chelsea Hotel, New York. It was during this time that Jagger was said to have put lawyers forward for Sid - Lydon explained that this seemed to be the side of the story that no one was interested in hearing about. But despite his reputation, as he reminisced Lydon spoke not from a place of angst but rather a more self-effacing and humble position. Driving forward into the present, and future, PiL are currently on tour across the UK which includes Reading’s Sub89, Tuesday June 26. Two dates that quickly came to my attention were the ones in Japan. “I know Japan very well. It’s an intriguing culture,” he said  “they’re very odd in a very interesting way. There’s a lot of them in a small space and they’ve found a way culturally not to hate each other – that’s really impressive! There’s no looting and no rioting - that we should be paying attention too. There’s something genuine in there - they have a bond with each other. We are all one DNA and must not be divided.” https://www.youtube.com/watch?v=Az_GCJnXAI0 It became very clear when we hung up that PiL, and Lydon, still remain a beacon for the anti-establishment, still using that rebellious punk fire that will probably see them through their upcoming tour and - hopefully - tours to come. I could be wrong, I could be right, but I think that went well - what a legend. For further tour dates visit www.pilofficial.com

Volunteering opportunities for exciting and immersive theatre performance in Reading!